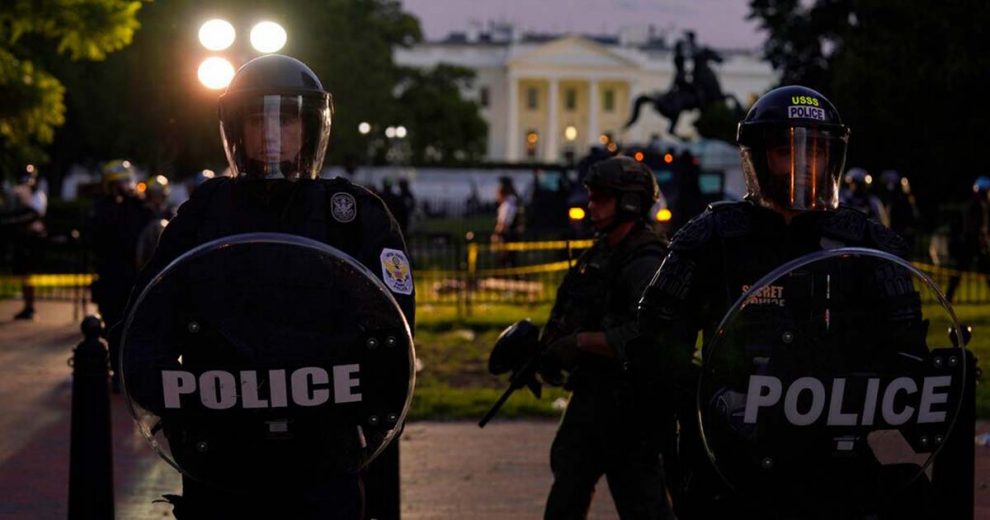 A group of illegal aliens and open borders activists were arrested on Friday by members of President Joe Biden’s secret service after blocking an intersection near the White House, demanding that Biden give them amnesty to permanently stay in the United States.

“We are not afraid,” the self-described “comrades” sang. “We will live for liberation because we know why we were made.”

They also chanted in Spanish, demanding “permanent protect for all 11 million” illegal aliens living in U.S.

In a press release announcing the protest, the agitators said they were no longer satisfied with the “crumbs” from the Biden administration, which has included preventing about 9-in-10 deportations through a series of Department of Homeland Security (DHS) orders.

“The current legislation the Democrats are pushing only focuses on a small portion of undocumented immigrants,” group organizer Hector Morales said.

“Even though I would qualify under the current Dream and Promise Act, I am risking arrest today to tell President Biden that I won’t accept piecemeal bills that exclude and criminalize my own community members,” he added.

“I won’t accept these crumbs. We need permanent protection for all.”

Cosecha members, wearing shirts that say "100 Days of Empty Promises" have been in a stand off with Secret Service for an hour around the perimeter of the White House.

Biden, this is the message we're sending to you. We're done waiting around & we won't settle for crumbs pic.twitter.com/SHqsOB4oIr

A protester denounced Democrats’ “empty promises” and thanked the “allies” for risking arrest.

Movimiento Cosecha said Lowe has been living illegally in Michigan for almost 30 years.

“Now he is ready to pursue a ‘piecemeal’ strategy instead that would exclude me and millions of others who have lived in this country for decades. We deserve better,” she declared.

“That is why today I am willing to risk arrest, detention, and deportation to demand papers, not crumbs.”

The White House protest is a precursor to a large one schedule to be held Saturday, or May Day, a popular protest day for far leftists.