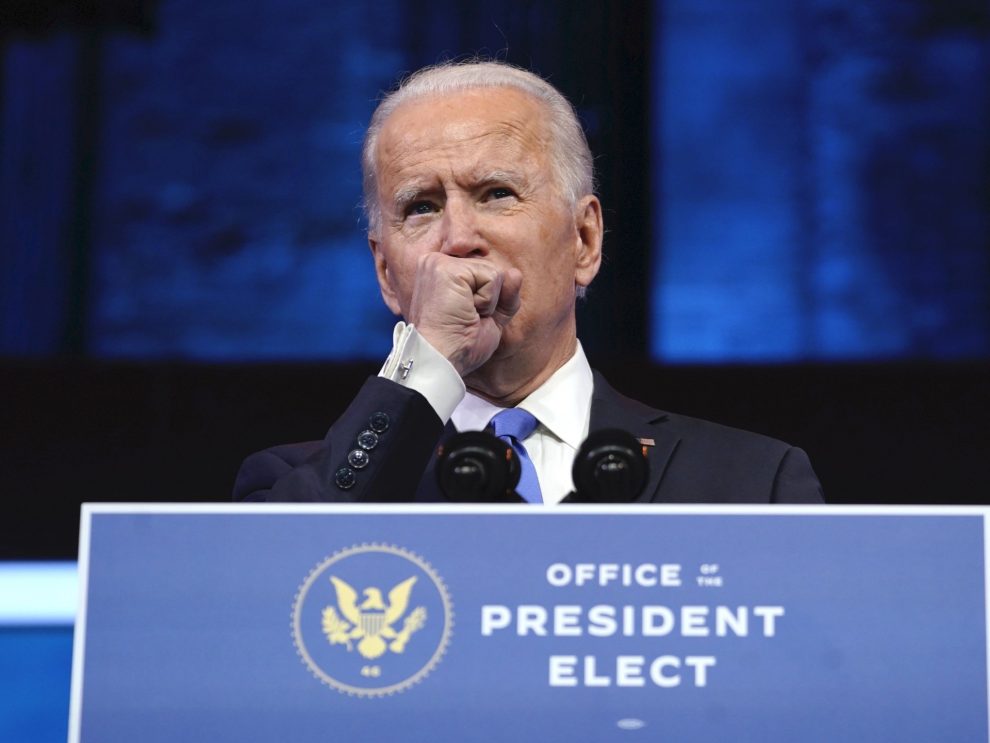 President-elect Joe Biden delivered an angry, partisan speech Monday evening upon being voted the winner of the 2020 election by the Electoral College.

Biden did not just acknowledge victory; he taunted his defeated opponent, President Donald Trump. Rather than celebrate the result and reach out to Trump and his supporters, Biden — coughing up phlegm throughout his speech — attempted to rub salt in the wound, continuing to argue the case after he had already won it.

Biden seemed annoyed that Trump had contested the results at all. He has no right to be offended.

Biden was one of the Obama administration officials who “unmasked” Michael Flynn, as part of an effort undermine the incoming administration. On the campaign trail in 2019, Biden agreed eagerly with a voter who called Trump an “illegitimate president.” He called Trump a Nazi sympathizer and compared him to Joseph Goebbels and Adolf Hitler. Biden has never apologized for that.

In his speech, Biden declared that the election was “free and fair” — a dubious claim, which I have disputed elsewhere. He expects Americans to overlook a year of political violence, almost entirely by the left; unprecedented censorship by the mainstream media and Big Tech to cover up stories damaging to Biden’s political prospects; a debate commission stacked against Trump; and — most of all — a shift to vote-by-mail that was often pushed by Democrats over Republican objections.

Biden defended the election officials who, he said, had withstood “political pressure, verbal abuse, and threats of physical violence.”

Notably, Biden has yet to denounce the violence carried out against Trump supporters since the election, or the threats against the Trump campaign’s lawyers. During the election, he falsely claimed that left-wing rioters in Washington, DC, and Portland were “peaceful protesters.” It took him three days before he condemned riots in Kenosha, Wisconsin.

Coughing and spluttering, Biden went on an extended rant against Trump’s effort to challenge the election results in court. There was no need to do that. The fact that the Electoral College voted the way it had was evidence enough that Trump’s legal efforts had failed.

If Biden’s goal had been to convince Trump supporters, he would have done better to reach out to them in friendship — not to “sell past the close.” If he is so certain that his victory is legitimate, why argue after the fact?

Biden continued in that vein for several minutes, reminding Americans that Trump had fired cybersecurity chief Chris Krebs after he had claimed publicly that the 2020 elections were the most secure in history. But Krebs looks decidedly less credible on a day when Google and other networks crashed, and after a weekend when the U.S. discovered a massive security breach at the Treasury and Commerce departments. The breach began earlier this year and lasted for months. Most secure ever?

At the end of his petulant address, Biden called on Americans to “unite and heal.” But evidently he expects unity and healing to flow in one direction.

Biden is, and always has been, one of the most divisive politicians in America. He is personally to blame for the fact that Supreme Court confirmations are fights to the death, for example.

Biden doesn’t have it in him to unite the nation, nor can he restrain the radicals in his party who want vengeance. He didn’t build bridges tonight; he burned them.