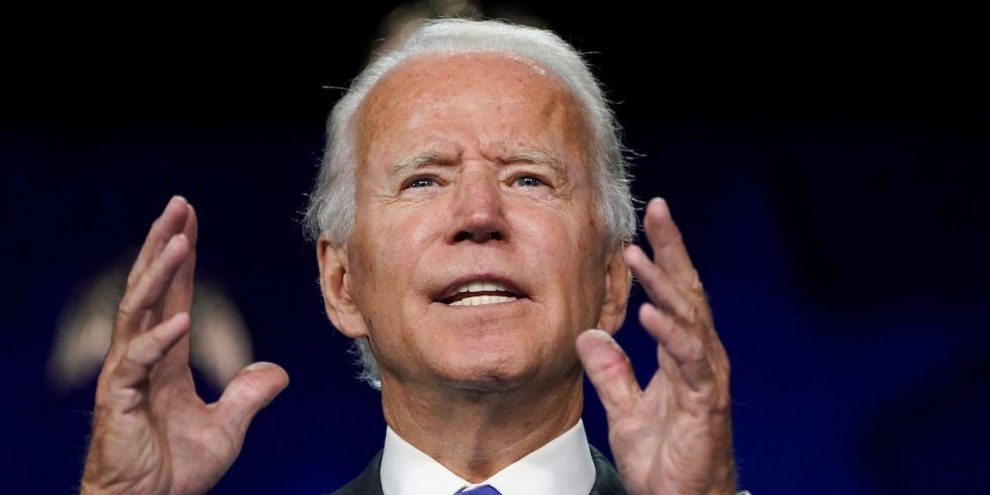 When former President Obama delivered his convention speech from Philadelphia last week, it raised some questions for Democrats about Joe Biden’s lack of a travel schedule.

Biden has been effectively sidelined because of the coronavirus pandemic, keeping his public appearances largely confined to his hometown of Wilmington, Del., where he also ended up accepting his party’s nomination last week.

“I think a lot of people thought, ‘If Obama can get on a plane and travel, why can’t Biden?’” said one Democratic strategist, who pointed to the former president’s trip from Massachusetts to Philadelphia for his prime-time address.

“I know we all believe in science and building a contrast with Republicans on COVID, I get that. But no one I know is stuck at home. Folks are moving around. They’re traveling. Some schools are reopening,” the strategist said.

“I don’t know how sustainable this is for Biden.”

Democratic strategist Christy Setzer agreed that Biden should hit the trail with a little more than two months to go until Election Day.

“He can and he should,” Setzer said. “Not just to meet actual voters and hear their concerns face to face, but to generate local media attention.”

Some Democrats say they’re increasingly nervous watching Trump on the go. Last week, in an effort to counter the Democratic National Convention, the president traveled to Minnesota, Pennsylvania and Wisconsin — the state where Democrats had planned to have their convention. All three states are considered swing states in the presidential race.

Democrats held their convention virtually, with only a handful of speakers holding down the fort in Wisconsin. Instead of flying to the Badger State, Biden, 77, accepted the nomination and spoke before an empty room.

Trump has been on the attack over the issue. His campaign has put up billboards around Wisconsin asking “Where’s Joe?” The Trump campaign also deployed Vice President Pence to the state hoping to narrow Biden’s lead.

“Biden and the Democrats have greatly disrespected the Great State of Wisconsin by not even paying a small visit to Milwaukee, the designated site of the DNC,” the president wrote on Twitter. “The State & City worked very hard to make sure things would be good. Not nice.”

Biden, who leads Trump in a string of recent polls in Wisconsin and other battleground states, said this week that he will forgo traditional travel and remain close to home

“We’re going to follow the science, what the scientists tell us,” he told ABC’s David Muir.

Asked if he and running mate Kamala Harris can win the race from home, Biden replied: “We will.”

But one top Democratic fundraiser said that’s the wrong strategy.

Biden did make an exception to his no-travel rule when he flew to Texas to visit with the family of George Floyd, a Black man whose killing by police triggered mass demonstrations this summer. He also went to Philadelphia to deliver a speech on race, on the heels of racial inequality demonstrations around the country.

At the same time, Democratic strategist Joel Payne said that Biden can limit travel for the time being because of their advantages in the race so far — coupled with the fact that they have run on Trump’s mishandling of the pandemic.

Still, Payne added, “as the race tightens, I’m sure that will change as voters expect to see more of both candidates, including in-person state visits that are complicated by the coronavirus crisis.”

“I’m certain this is being discussed at Biden headquarters and that they are planning for all scenarios,” he added.

Many Democrats say the Biden strategy is working and that there is little reason to change it.

They point to the successful rollout of Harris as Biden’s running mate, which led to $48 million in fundraising over a two-day stretch. They also say the convention exceeded expectations and in drawing the contrast between Trump and Biden on the coronavirus.

“Trump voters are less worried about masks and social distancing so they aren’t put off by in-person campaigning,” said Democratic strategist Jamal Simmons. “Biden-inclined voters would find that kind of campaigning bewildering. And they don’t want people knocking on their doors.

But Simmons conceded, “the hard part is that the campaign is flying with one eye covered. It’s hard to be sure—just from texts and calls—what voters will actually do on Election Day.” 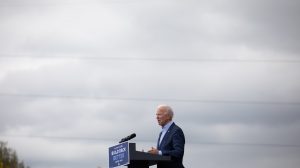 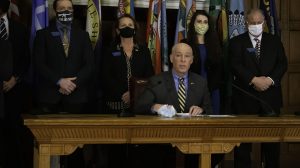 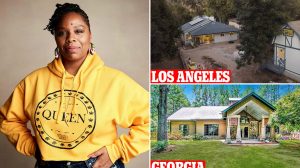