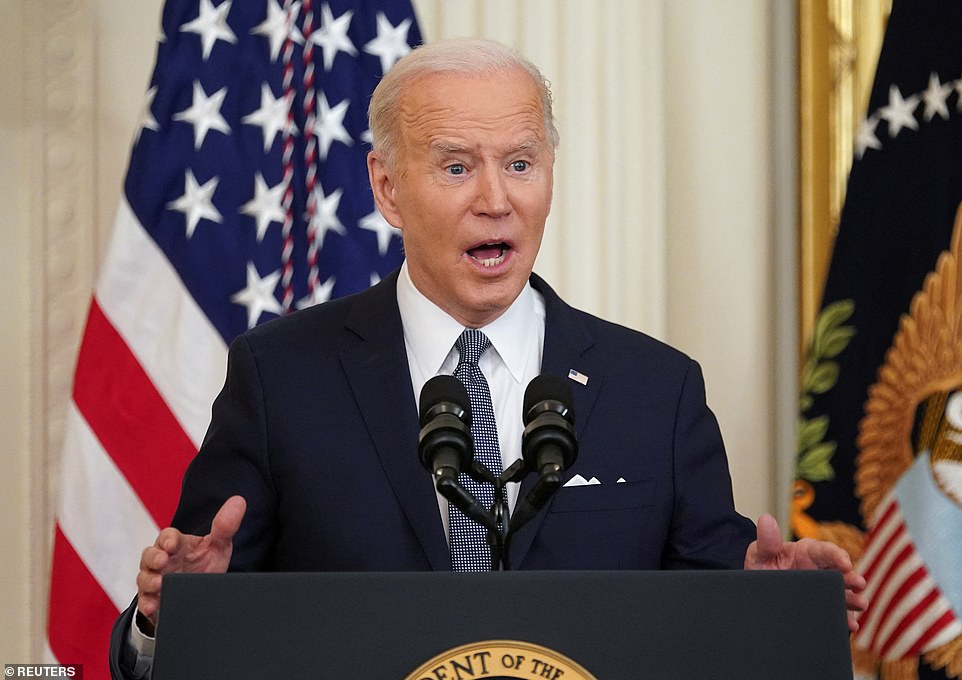 Over the past few months, we here at PJ Media have reported on Joe Biden’s dwindling approval ratings with a certain amount of delight. After all, we’ve all known from the start that Biden was bad for the country, and it’s comforting to see more people agreeing with us.

It has also been tempting to wonder how low Biden’s poll numbers could go. Every poll seems to bring us the answer: even lower.

Gallup has released a new poll for the fifth quarter of the Biden presidency, and the president’s job approval rating is 41.3%, with 56% of respondents disapproving of his job in the Oval Office.

The fifth-quarter numbers aren’t much of a change from his fourth-quarter ratings (41.7%), but they mark a continuing downward slide for Biden. 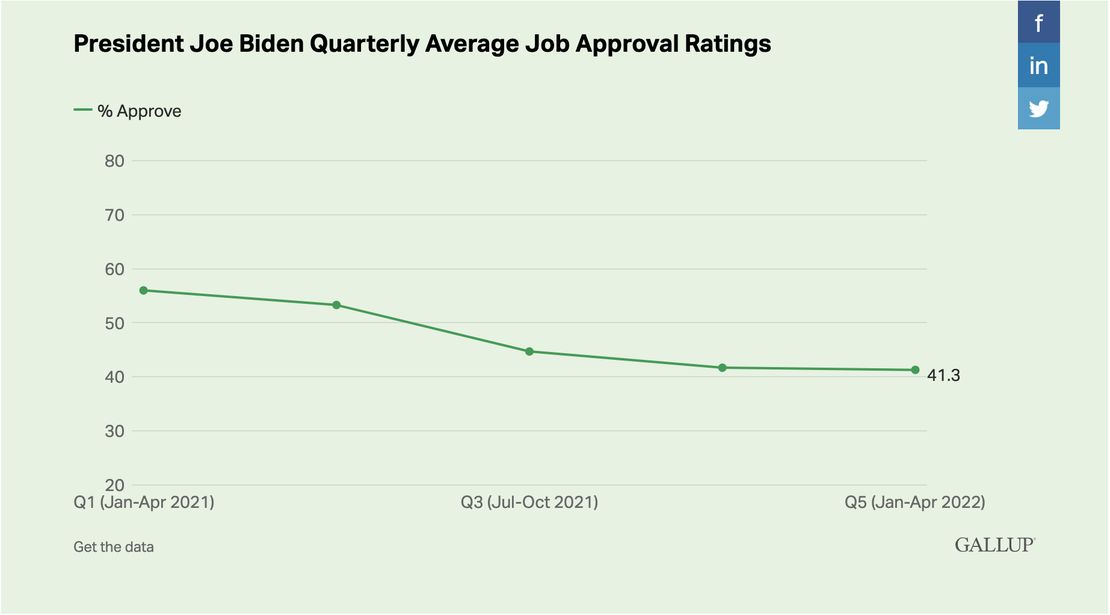 “Biden enjoyed majority approval ratings during his first two quarters in office,” Jeffrey M. Jones writes at Gallup. “A trying late summer and early fall 2021, marked by a surge in new coronavirus cases, the troubled U.S. withdrawal from Afghanistan, and rapidly increasing gas prices and inflation, led to a decline in Biden’s public support. His job approval ratings in eight Gallup polls conducted since September have ranged narrowly between 40% and 43%.”

The president also has the dubious distinction of the second-worst fifth-quarter polling among post-World War II presidents. The only president who polled lower in his fifth quarter in office was Donald Trump, who was at 39.1% approval in the quarter that ended in April 2018.

“Although their fifth quarter average approval ratings were at least five percentage points higher than Biden’s, Jimmy Carter, Ronald Reagan and Barack Obama join Trump and Biden in averaging less than majority approval at this stage of their presidencies,” Jones writes.

What’s really worth noting (and it’s something that I’ve pointed out recently — see the Related link above) is that it’s rare for a president’s numbers to improve before midterm elections. Gallup points this out too.

“Biden’s low job approval rating stands as a significant threat to the Democratic Party’s chances of maintaining its slim majorities in the U.S. House of Representatives and Senate,” notes Jones. “Typically, unpopular presidents’ parties have lost seats in midterm elections, with the number of seats lost usually much higher for presidents with job approval ratings below 50%.”

“While it is possible that Biden’s job approval could increase between now and the fall elections, doing so would go against the historical pattern for second-year presidents,” he continues.

Even the sainted Barack Obama saw his approval ratings drop — to the tune of four percentage points — between his fifth and seventh quarters in office. Who’s the only president in recent memory to see a gain in his approval numbers in a midterm year? Donald Trump, whose approval rose by two points. 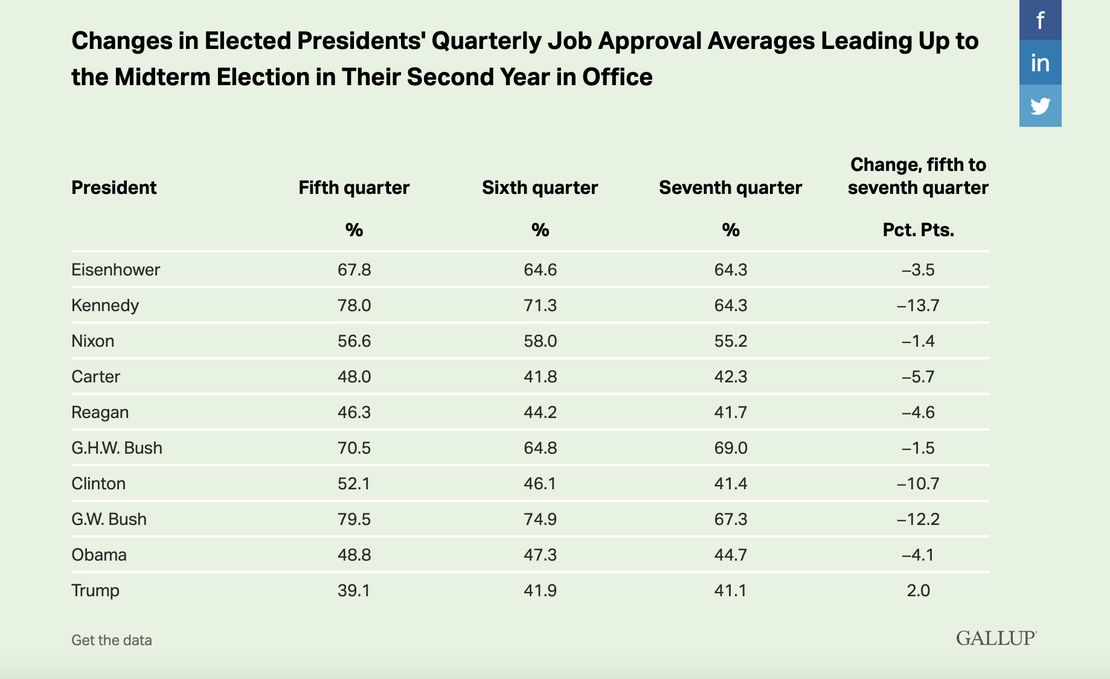 The fact that the Biden administration refuses to enact any sort of course correction, instead doubling down on most of its unpopular policies, shows that the president’s fortunes aren’t likely to improve. Jones helpfully offers some suggestions for how the administration could turn things around, but it’s doubtful that anybody will listen.

“The prospects for significant improvement in Biden’s job approval ratings before the fall midterms seem dim not only because of the historical record for second-year presidents, but because his approval ratings have been stuck in the low 40s for eight months,” Jones points out. “Even if they improve, they would have to do so by at least 10 points to be in the 50% range historically associated with the president’s party avoiding big seat losses.”

It’s tough to imagine the president’s fortunes changing drastically between now and November. So you’ll probably see more articles like these over the coming months. I don’t think you’ll mind that too much.