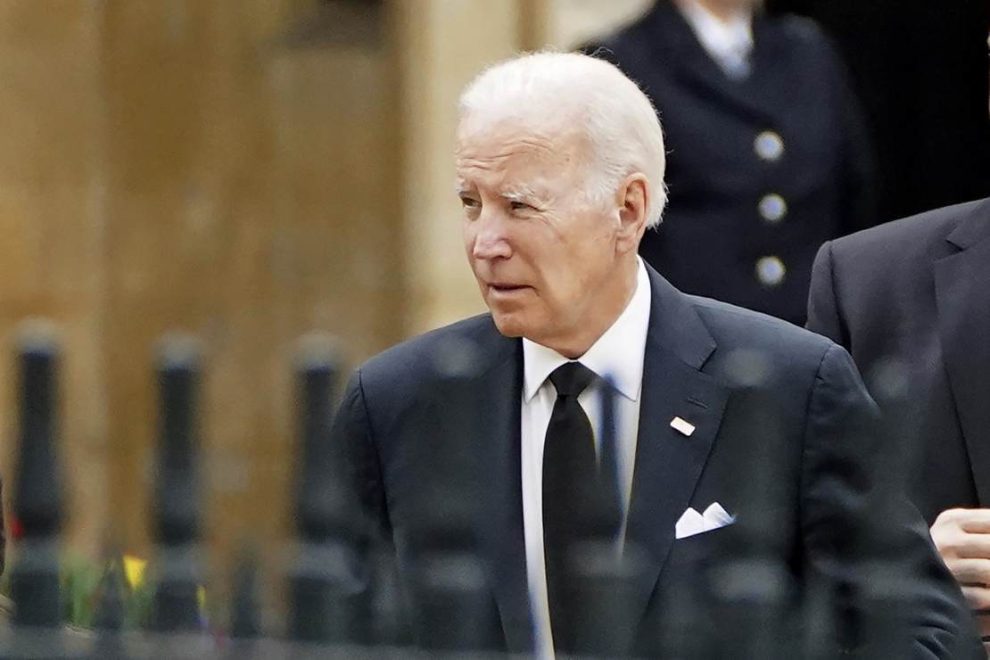 I wrote earlier about Justin Trudeau’s embarrassing display, singing Queen’s “Bohemian Rhapsody” in a hotel in London two days before the funeral during the official mourning period. It earned him a lot of scorn from the people in Britain.

But as bad as that was, it wasn’t at the funeral itself. It was Joe Biden himself who managed to seize that moment to embarrass the U.S. with Joe being typical Joe. As we’ve noted in the past, Biden has a bad habit of being late to everything, as our Andrew Malcolm has reported. Well, everything, except for his every weekend vacation. Those, he’s out the door as fast as he can go. But that habit can be rude, not to mention that it can cause dangerous problems with other nations and seriously hurt our interests.

But the one thing you really shouldn’t be late for is a funeral. It starts on time and they’re not waiting for you, particularly when it’s the Queen and every moment is highly choreographed. However, that didn’t stop Joe Biden. According to The Guardian, Biden was late to the funeral.

However, what that meant was that Biden then got stuck in traffic due to the funeral and the tight security. Because Biden was late, that may also have affected where he ended up sitting. When he arrived he was forced to stand until a procession of George and Victoria Cross-holders went ahead of them down the nave of the abbey. Biden and his wife were then seated 14 rows back. That left Biden nine rows behind the execrable Trudeau. That’s because members of Commonwealth nations were seated in front of other dignitaries. However, Biden was also one row behind the Polish president, Polish President Andrzej Duda, but in front of the Czech Republic’s Prime Minister Petr Fiala.

Biden getting a dispensation to take The Beast didn’t make everyone happy, particularly because The Times referred to those on the bus as “lesser world leaders.”

Those fuming at African Presidents using bus should have read @thetimes on September 12. It was blunt… 'President Biden will have dispensation to take his armoured Beast to Westminster Abbey for #Queen’s funeral while LESSER world leaders will have to make do with a shared bus' pic.twitter.com/BcdaIM2EBx

It wasn’t just African leaders, most of the leaders came in by buses, except for a few like Biden.

The busses pulled up, and the world leaders flocked inside Buckingham Palace.

Queues, busses and royalty – it is all so very British. pic.twitter.com/raUQNAAcHX

Biden had already created a bit of a furor because he needed a cue card for what he was going to write in the condolence book for the Queen.

US President Joe #Biden provoked a great reaction while attending the memorial service of the late British Queen #Elizabeth_II, after he used a cue card again to help him remember what he would write in the condolence letter.#USA #Britain pic.twitter.com/v4tghiS3FU

Why would you need a cue card for something like that? Do you not know what you would say? Or is the problem, it’s written by someone else and he’s being told what to write? Not exactly the best look for the alleged leader of the free world.