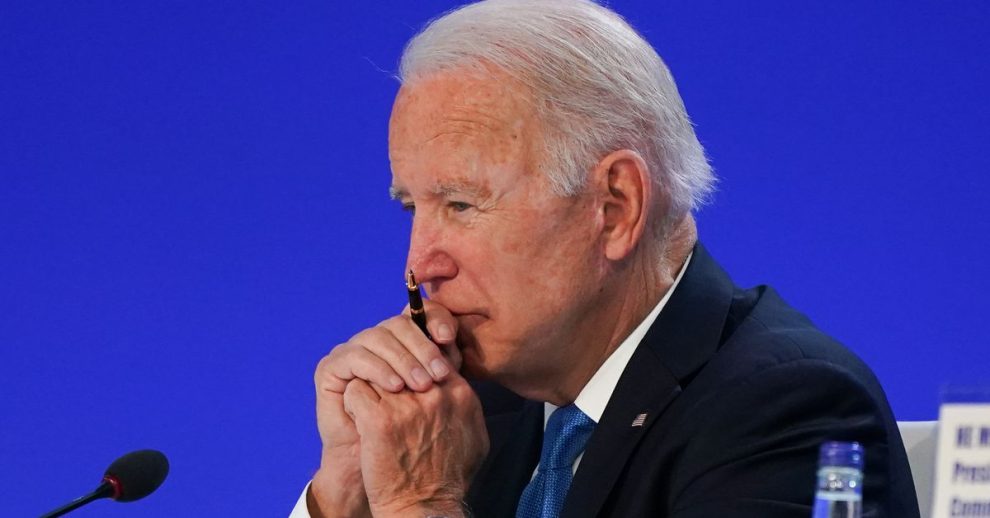 The monumental incompetence of everyone in the Biden administration is truly unprecedented. The two people at the top couldn’t figure out how to open a jar of spaghetti sauce without burning down a house and it just gets worse from there.

Again, how this country makes it to 2024 with this drunken clown car running roughshod over it is a mystery.

This baby formula crisis that Let’s Go Brandon created because he’s a bumbling fool with the IQ of paint is the lowest point since he got American troops killed in Afghanistan. It’s a safe bet to say that these idiots will find many new depths to plumb before this nightmare is over.

Help is finally on the way but — as with everything else in the Biden era — it’s an embarrassment.

In June 1948, the Soviet Union blockaded the partitioned city of Berlin, hoping to force the recently victorious allies to leave.

It didn’t work. “Operation VITTLES,” a military airlift of hundreds of tons of food, medicine, and other supplies, kept the Soviets from their goal. For more than a year, hundreds of planes flew in supplies to the isolated city until they finally relented.

There’s some irony in the news today about U.S. military planes flying baby formula from Germany to Indiana. Only this time, the threat isn’t from a foreign power. The threat is from the criminal incompetence of the Biden administration, which ignored the baby formula crisis for months until the media began to report on it.

Given that Democrats are so casual about killing babies in the womb, it’s not surprising that they haven’t been terribly worried about the ones who managed to survive the Planned Parenthood gauntlet. After all, why think about terrified parents who are worrying about feeding their infants when President LOLEightyonemillion can be out barking “ULTRA MAGA!” like the most mentally-challenged trained seal at SeaWorld?

No “supply bottlenecks” or “disruptions” caused this crisis. The shortage isn’t the fault of the pandemic wreaking havoc on the supply chains.

The administration didn’t start addressing this crisis until earlier this month despite having a lead time of at least 2.5 months. But the media continues to run interference for the doddering old fool in the White House because they’d rather assist in Biden’s lies than do anything to make the president’s political problems worse.

Because all this administration knows how to do is heap even more pathetic on top of the latest mountain of pathetic that they’ve created. The paste-eaters are now trying to do a victory lap for bringing the United States to the brink of Third World status, which my colleague Bonchie covered at our sister site RedState:

The baby formula crisis in the United States continues apace, with 40 percent of the stock depleted in 43 different states. In practice, that means what’s on the shelves is selling out almost immediately, leaving thousands of parents unable to get what they need.

That’s left the Biden administration scrambling, invoking the Defense Production Act and ordering the military to fly in baby formula from Europe. Now, the White House is looking to claim credit for what little difference those things might make, and it’s a pathetic showing.

This is from White House Deputy Communications Director Kate Berner:

POTUS prioritized this formula because it's in high need in the U.S. pic.twitter.com/12zS20BFdV

These people think they can lie with impunity like that simply because they know that no one in the mainstream media will call them out.

You know who will call them out? Me. And my colleagues here at PJ Media and the Townhall Mothership. Our VIP subscribers keep this anti-b.s. machine chugging along. You can subscribe here and use the promo code FAKENEWS to get a 25% discount and have a lot of fun while supporting conservative journalism.