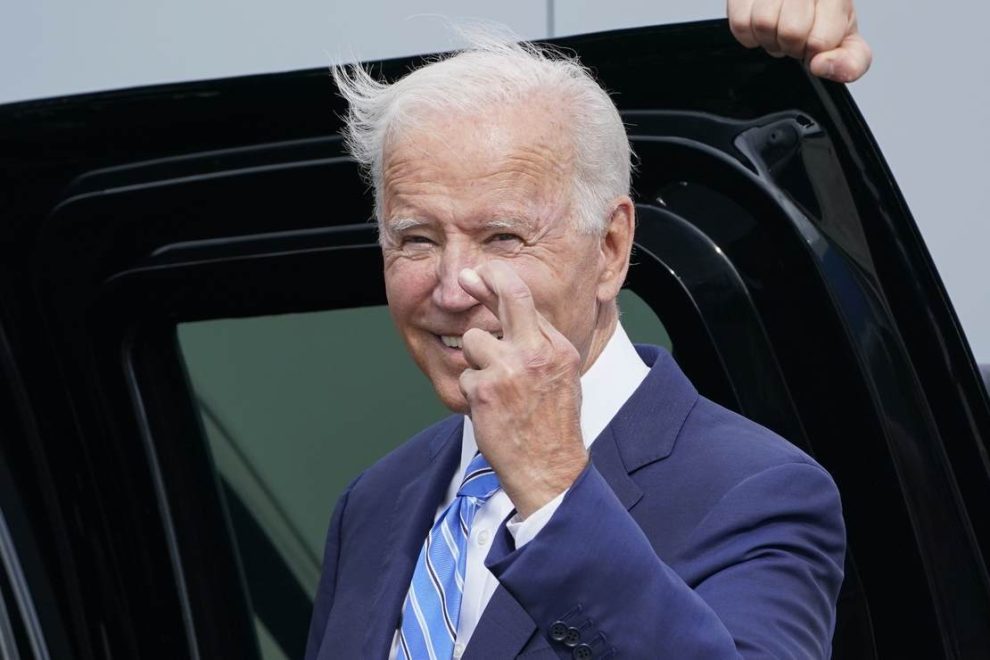 Earlier this month, we warned of the impending diesel fuel supply shortage that threatens to take the United States to the brink of collapse if the Biden administration doesn’t begin to take the situation bit more seriously.

President Joe Biden, who can barely string together a coherent sentence, hasn’t done jack squat to address the looming crisis other than have members of the administration keep a “close watch” on it, offering virtually nothing in the way of support or comfort to the millions of Americans who will be affected in unspeakable ways this winter because of the administration’s utter lack of concern.

However, Biden and his White House lackeys might want to consider grabbing the wheel after a bombshell alert released by a major U.S. fuel supplier emerged recently. It warned of a “developing” diesel fuel shortage that would primarily affect the Southeast portion of the United States.

“Because conditions are rapidly devolving and market economics are changing significantly each day, Mansfield is moving to Alert Level 4 to address market volatility,” Mansfeld Energy said in a statement.

In many areas, actual fuel prices are currently 30-80 cents higher than the posted market average, because supply is tight. Usually the “low rack” posters can sell many loads of fuel before running out of supply; now, they only have one or two loads. That means fuel suppliers have to pull from higher cost options, at a time when low-high spreads are much wider than normal. At times, carriers are having to visit multiple terminals to find supply, which delays deliveries and strains local trucking capacity.

The statement added: “Mansfield is also moving the Southeast to Code Red, requesting 72-hour notice for deliveries when possible to ensure fuel and freight can be secured at economical levels.”

Maryland, Virginia, Alabama, Georgia, Tennessee, North Carolina, and South Carolina were listed as some of the states that would be immediately hit by the shortage. That’s an especially delicate situation given that many of those states serve as major hubs of trucking, farming, and industry — which all come to a grinding halt without diesel, which means that life as we know it stops.

Some of those states also experience harsh winters, and the demand for diesel, home heating oil, and other fuels will be much higher than normal. Without ample supplies of diesel fuel, things will rapidly become ugly for tens of millions of Americans.

The fuel company seemingly avoided politics in its statement but cited “historically low diesel inventories” as part of the problem.

“Poor pipeline shipping economics and historically low diesel inventories are combining to cause shortages in various markets throughout the Southeast,” the company said. “These have been occurring sporadically, with areas like Tennessee seeing particularly acute challenges.”

But most Americans know that this situation, like the other crises created on Biden’s watch, is a result of the administration’s dangerous and reckless decision-making — in this case, the Biden administration’s unwillingness to tap America’s vast and great energy supplies and the banning of pipelines, fossil fuels, and refineries.

At the end of October, here’s where America stands — on President Biden’s watch — heading into winter:

But everything is fine. Come on, JACK! No joke!

Folks, this is DEFCON 1 level bad. These are not conspiracies. These are facts and plausible situations that on an individual level are bad enough, but combined will be nothing less than catastrophic for everyone.

You have a chance to begin to fix this disaster by voting on Nov. 8 and choosing candidates who are capable of cleaning up the mess created by the Democrats. Please, choose wisely.