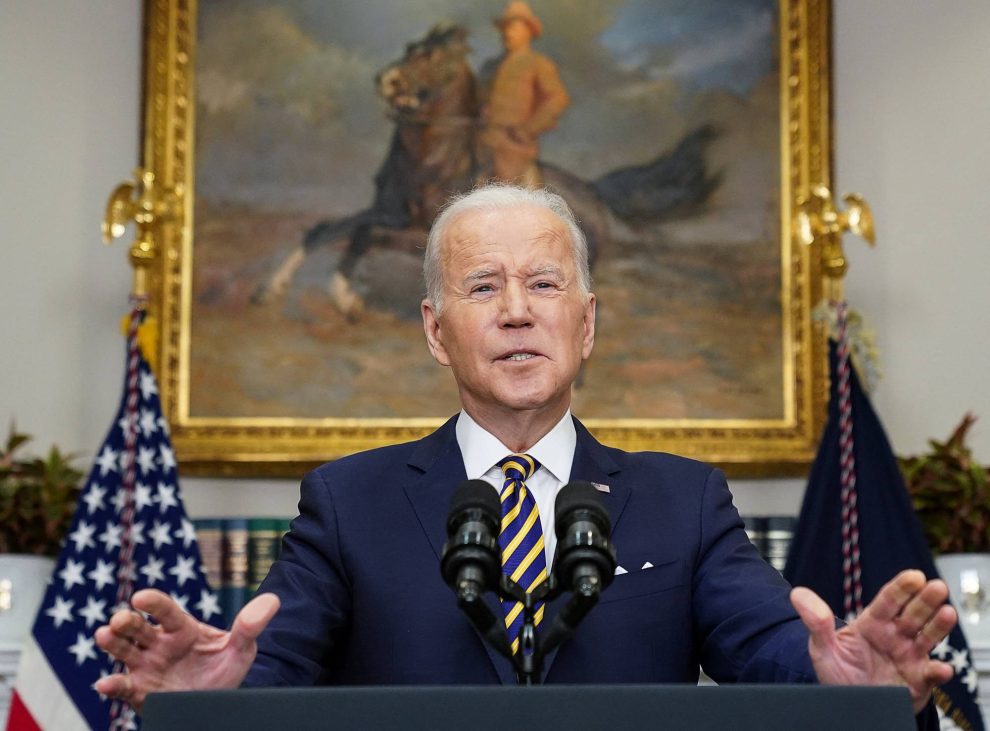 Timing is everything, and President Joe Biden’s is awful.

The administration that has been at war with the American fossil fuel industry since literally Day 1, when Biden canceled the Keystone XL pipeline and the thousands of jobs it supported, has decided fossil fuels are kind of good to have around.

And, being the Biden administration, it’s doing it at exactly the wrong time for the American consumer.

According to a CNN report Thursday, the Biden administration will be going into the oil market in the fall to buy up tens of millions of barrels of crude oil to refill the nation’s Strategic Petroleum Reserves.

Most Americans might remember that the last time the SPR was making headlines was when Biden was doing exactly the opposite, putting oil out to bid in major releases aimed at manipulating the oil market to alleviate the pain of drivers filling up at the pump.

Like most Biden plans, that disaster blew up in his face in real-time at filling stations across the country, as the insatiable American economy took in the Biden oil releases with barely a blip on retail prices at the pump. (Think about it: Have you at any point since Biden has been in office said, “Hey, gas is cheap today”? Has anyone you know said that?)

Democrats and their propagandists in the mainstream media tried to play it as a noble effort by the all-powerful government to help its subjects, but it was really the knee-jerk reaction of a statist philosophy, pretending state power can efficiently tamper with a national market. (CNN’s report even tried to pretend the reserve has been “drained by the war in Ukraine” rather than Biden’s own actions. The propaganda never stops.)

So when the average American has just spent a summer dealing with record gas prices and is just trying to keep a tank full to commute to work and chauffeur the kids, the American government will be trying to buy up enough oil to refill the mammoth caverns that provide the storage space for the SPR.

Does anyone think the American consumer is going to win out in that one? Making predictions on the price of a commodity like gasoline months in advance is always tricky. Making predictions with a climate of war in Eastern Europe, a belligerent China in the East and a strange mixture of malevolence and incompetence at 1600 Pennsylvania Ave. and both houses of Congress is virtually impossible.

However, it’s no stretch to think prices will go even higher as Biden and his handlers decide oil is important.

And all of this is playing out against a political backdrop where the country is being run by a Congress and administration controlled by Democrats with an open, unremitting hostility toward the fossil fuels that have built the American economy and the modern world.

Not only did Biden cancel the Keystone XL pipeline, but his administration has overseen a sharp reduction in new permits being issued for oil drilling.

Instead of continuing the energy revolution energy independence the country proudly witnessed during the tenure of President Donald Trump, Biden and his climate-obsessed cronies, like the thoroughly, and ironically, oleaginous John Kerry, clearly prefer to go begging dictators to produce more oil — and suffering the humiliation of being refused.

That means Americans already dealing with historically high gas prices could see them rise to catastrophic levels and feel the ripple effects across the economy. Remember gasoline isn’t an end product, like pork or soybeans. Since it’s how the vast majority of goods get from producers to consumers, when the price of it goes up, the price over everything else can go up accordingly.

Making matters worse is that the reason the SPR needs replenishment is largely because of Biden’s fecklessness in the first place.

Confronted with an angry American public and dismal poll numbers, Biden had to look like he was Doing Something to ease the gas crisis (besides blaming Russian President Vladimir Putin, which no one sensible person outside the D.C. Democratic Beltway buys for a second).

There are some other releases from the SPR that have been mandated by Congress since 2015 to fund various federal spending, but they’re dwarfed by Biden’s releases.

Now he wants to make up for it buy buying oil at a time when the whole world, including American motorists, are in the market, too.

If nothing else, the past 15 months have proven that every policy that comes from Biden’s desk or his administration’s offices has been a disaster.