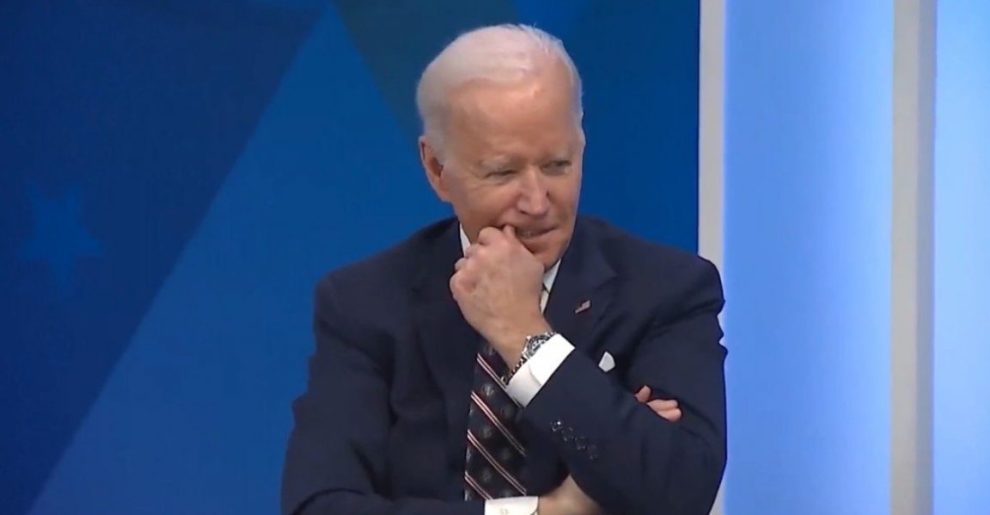 Joe Biden has finally achieved something: being the worst ever.

He is 490 days into his term and at this point, he has lower average approval numbers than any president at 40.9 percent, going all the way back to Harry Truman in 1945. It’s also Biden’s lowest average approval so far. Given that this is going into the midterms, that’s a nightmare for the hopes of the Democrats.

In a data point that is sure to rankle the short-tempered Biden, he’s below what President Donald Trump was at this point in his Presidency, even with all the media constantly beating up on Trump.

Biden’s approval in a new Reuters/Ipsos poll also hit the lowest ever in that poll: 36 percent. The poll showed his numbers are still dropping precipitously, dropping 6 percent from the week before. So if he thought resorting to calling people “ultra MAGA” was going to be his salvation, not so much. Democratic operatives, including Anita Dunn, worked for six months to come up with that ridiculous tactic. It looks like that isn’t working, like everything else that he does. We could have told them that — not a good idea to build up the brand of your political opponents.

But Biden is not only incredibly low with Republicans and independents, he’s also dropping a lot with Democrats as well.

“Only 10% of Republicans and 28% of independents approve of President Biden, while 72% of Democrats still do. However, among Democrats Biden has seen a 10 point drop from two weeks ago when 82% approved of him, a driving factor for his lower overall approval rating,” said the Ipsos analysis.

Part of the problem is the horrible inflation but it’s also that a ton of Americans believe the country is on the wrong track.

“Seven in 10 (70%) Americans believe things in this country are off on the wrong track, while only one-fifth (20%) of Americans believe they are headed in the right direction. This represents a six point drop from two weeks ago when 26% of Americans thought they were headed in the right direction. The overwhelming majority of Republicans (90%) and independents (70%) believe things are off on the wrong track, a sentiment that nearly half of Democrats (49%) agree with,” said the pollster.

It’s hard to point to anything that is going well with gas prices and inflation at record highs, the stock market crashing, supply chain problems continuing and violent crime going up. But it’s always the economy when it’s bad that is the overarching issue. Biden spent months denying it and now doesn’t seem to even understand what is causing it or how to address it.

Ironically, Biden came in with all kinds of media support. But as Ipsos observes, while he came in with a 60 percent approval, he now has a 59 percent disapproval, nearly a complete flip.