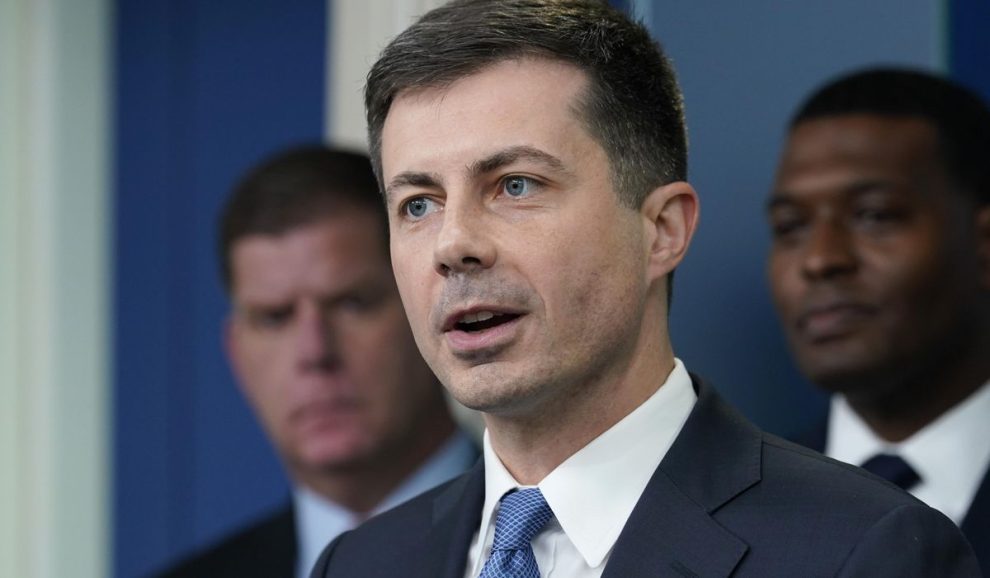 When tokenist administrations elevate mediocre mayors with no practical experience to cabinet-level positions like Travel Secretary, no one should be surprised when they fail.

“People are excited to see family and loved ones this summer, and counting on airlines to get them there,” tweeted Secretary of Transportation “Mayor Pete” Buttigieg on Friday. He went on to assure Americans that “We’re engaging airlines daily to make sure they are ready, and FAA is doing its part.” Later that day, Buttigieg became one of the thousands of Americans to be delayed due to the cancellation of his flight.

Nor is this the first time the Secretary has had his travel plans upended; last month, Buttigieg was forced to drive to New York from Washington, D.C., after his flight was canceled.

Seeking to make lemonade out of his lemons, Buttigieg tweeted advice about getting refunds for canceled flights. He used his most recent cancellation as an example.

Sometimes an airline will offer you points or miles as compensation, but you are entitled to a cash refund when your flight is canceled.

When deciding whether to accept miles, it’s helpful to know their value, which varies, but often is estimated at 1 to 1.5 cents per mile.

Needless to say, people were not placated. Many replied with suggestions that Buttigieg do his job better in the first place.

In his Twitter bio, Mayor Pete describes himself as “Working to ensure safety and make transportation more equitable while fighting climate change and creating jobs. (he/him).” That sounds like he has priorities other than making sure the travel industry actually works.

In fact, the day before his flight was canceled, Buttigieg was in Birmingham, Ala., announcing the construction of a fancy new bus line.”Using funds from President Biden’s Bipartisan Infrastructure Law, we are proud to announce the launch of Reconnecting Communities: the first-ever dedicated federal initiative to unify neighborhoods living with the impacts of past infrastructure choices that divided them,” stated the Secretary.

While the Reconnecting Communities pilot program is the first-ever Federal program to have funding dedicated solely to reconnection efforts, other USDOT discretionary grant programs, including the Rebuilding American Infrastructure with Sustainability and Equity (RAISE) program, have funded projects such as interstate capping in Atlanta, a greenway project in St. Louis, and a Bus Rapid Transit line in Baltimore…

Preference will be given to applications from economically disadvantaged communities, especially those with projects that are focused on equity and environmental justice, have strong community engagement and stewardship, and a commitment to shared prosperity and equitable development.

Like the entirety of the Biden administration — and the leftist establishment — racialism, socialism, and environmentalism are the order of the day. Any actual competence that occurs will be purely incidental.

The canceled flights and travel headaches didn’t come out of nowhere; over Memorial Day weekend, a nightmarish 2,700 flights were canceled over five days. Airlines have been pointing the finger at Buttigieg’s FAA, accusing it of being understaffed and leaving them at the mercy of air traffic controller shortages. On its website, the FAA was recruiting controllers as recently as Friday.

The accusation came in answer to an FAA statement that placed the blame on the airlines, saying in part, “After receiving $54 billion in pandemic relief to help save the airlines from mass layoffs and bankruptcy, the American people deserve to have their expectations met.”

Hopefully, behind the squabbling and finger-pointing, there is some actual leadership being practiced by Secretary Buttigieg.