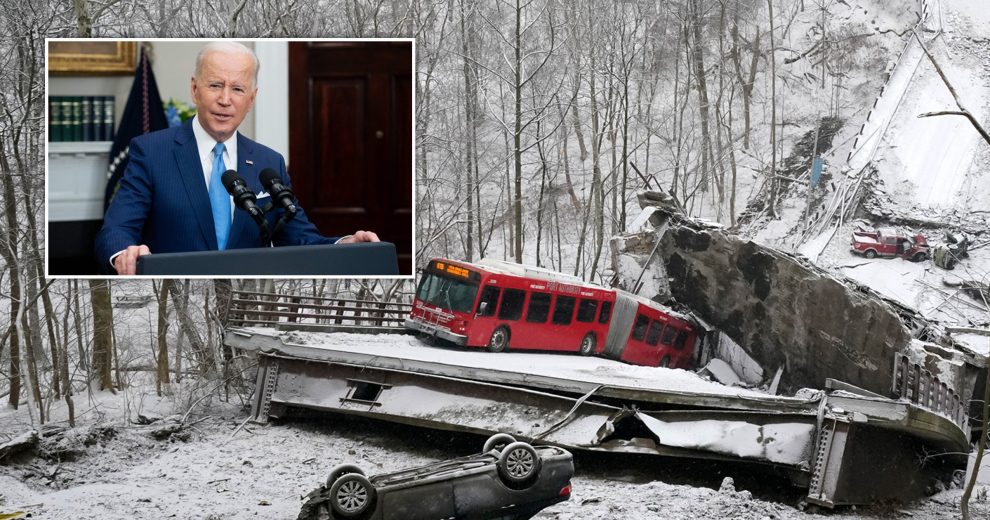 President Biden planned to be in Pittsburgh to tout the progress of infrastructure legislation on Friday, just as a Pittsburgh bridge collapsed before seven o’clock the same morning.

Ten people were injured and several taken to the hospital after a bridge collapsed in a neighborhood just east of downtown Pittsburgh, according to KDKA. The injuries were not life-threatening.

Several cars were involved in the collapse.

The White House claimed, per Punchbowl News, that Friday’s visit to Pittsburgh was to champion Biden’s massive infrastructure bill that was signed into law in March:

The president will talk about how his Bipartisan Infrastructure Law is already strengthening in our supply chains and critical infrastructure – our roads, bridges, ports, airports, and more – giving us an edge in producing more in America and exporting it to the world.

Psaki told reporters on Thursday Biden would visit Pittsburgh to talk about “continued” infrastructure plans.
“While he’s visiting Pittsburgh, he’s going to talk about our continued plans to out-innovate, out-build, and outcompete the world with the sort of competitiveness legislation that he has long championed,” she said.