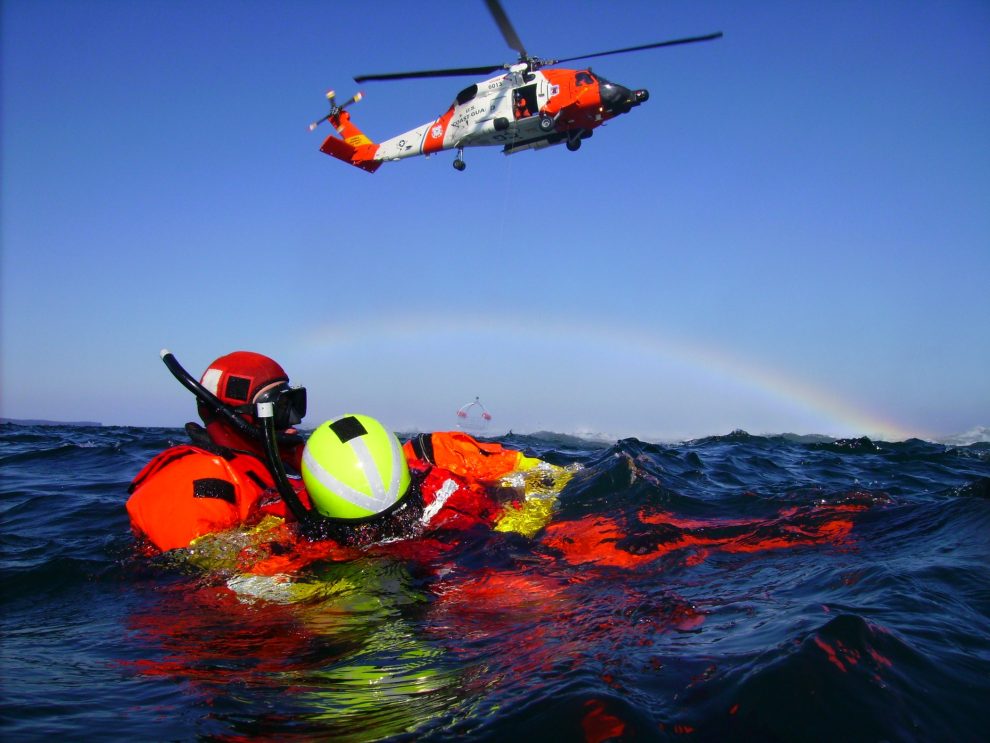 The White House publicized the call in a press release and Biden himself bragged about calling him.

“I told him how proud of him I was and thanked him for all the work he and his Coasties are doing to save lives,” Biden said of his call to Aviation Survival Technician Second Class Zach Loesch.

The White House press release said he thanked Loesch and Lieutenant Commander Christopher Hooper “for the heroic work that they and their Coast Guard colleagues have performed during search and rescue operations in response to Hurricane Ian.”

“The President thanked them for saving lives and asked for a report on the work that continues to rescue Floridians. He also asked if they needed any additional support that he can provide to accelerate successful rescues; they indicated they have gotten what they need to execute their vital mission,” it said.

Despite Biden thanking Loesch for saving people’s lives, Loesch is due to be kicked out from the Coast Guard in 30-60 days due to Biden’s own mandate that all members of the United States Armed Forces be fully vaccinated, Loesch told Breitbart News on Saturday.

Loesch had submitted a request for religious accommodation, as well as an appeal, but both were denied, according to Loesch.

“If I had asked any of the people I saved yesterday if they wanted to come with me even though I am unvaccinated, every single one of them would have said ‘yes,’” he said.

Loesch personally pulled out a disabled woman and her husband who were trapped in their back bedroom with a couch jammed in the doorway. He kicked through a wall in order to free them.

Once they were freed, he went back to retrieve her wheelchair, securing it to his own body as he was hoisted up by a Coast Guard helicopter. Loesch also rescued several dogs and cats.

Loesch said he did not want to bring up his pending discharge to Biden — who is essentially his commander-in-chief — and ruin the call.

“It just sucks that he thanked me yet the vaccine mandate is what’s kicking me out,” he said. “I just love my job and I’m really good at it. It sucks. I feel like this is the job that I was born to do.”