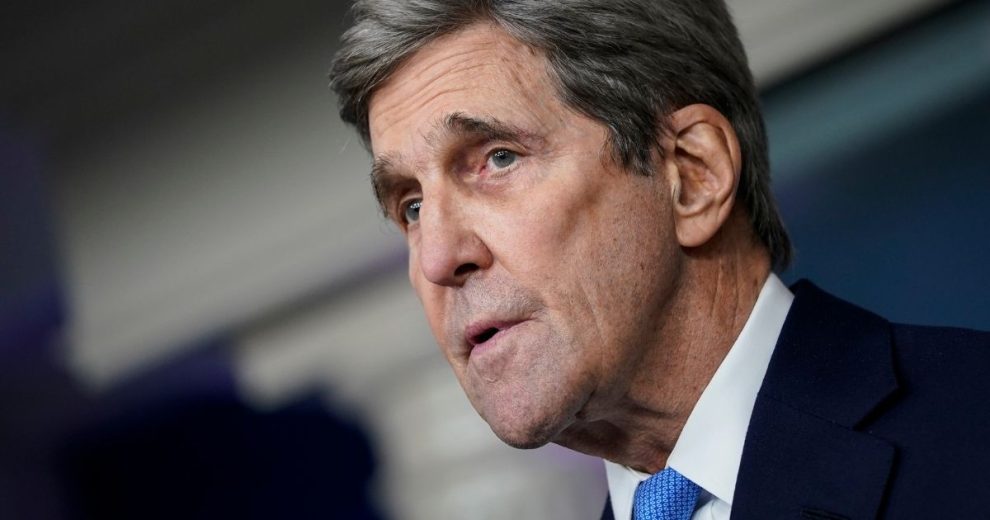 The Biden team would like us to believe that they are doing all they can to address the high gas prices. But that’s not true. If it were, they would work to stabilize and encourage the energy industry, rather than attacking it.

But they’ve made clear that the priority is their “liberal world order” goals, and everything must fall to those goals. Indeed, they see the pain as the point to further push their climate goals to get rid of fossil fuels. If it wasn’t clear that is their point, let’s see how the Biden officials are all pushing some version of saying that now is the time to “accelerate the transition.”

Biden energy advisor Amos Hochstein admits that they can’t take steps that will “endanger their climate work that we’re trying to do” to “make sure that we’re on a better footing to accelerate the transition.”

Here’s Biden climate czar John Kerry saying that “we’re behind” and we have to “accelerate the transition.”

Biden's Climate Czar John Kerry: We have to "accelerate the transition" towards green energy. pic.twitter.com/Oe7dERPy0R

“Right now, we are witnessing the beginning of one of the most significant events in human history — the clean energy transition. It is long overdue and it can’t progress fast enough.” So, this is the moment, in her mind, not some moment in the future.

Commerce Secretary Gina Raimondo was slightly more cautious, adding “in the long run,” but still saying “the solution is to move as fast as possible away from fossil fuels.”

Biden Commerce Secretary Gina Raimondo: “The solution is to move as fast as possible away from fossil fuels.” pic.twitter.com/oVSqJToaAh

Okay, who voted for this “transition” that they all want to be underway, particularly if it means the results we have gotten from it so far? I surely didn’t, and I’m willing to bet most Americans wouldn’t vote for this insane view of eliminating fossil fuels. Again, it would destroy our economy and our society because we’re nowhere close to being able to substitute things with their alleged clean energy schemes.

On top of that, we see the constant hypocrisy of the Biden team. We’re told we shouldn’t even have regular cars, that we should be getting electric vehicles. Yet, they don’t even have that. When Joe Biden went to Massachusetts in the middle of the week to deliver his remarks on the seriousness of the climate problem, he arrived in a big motorcade of gas-guzzling SUVs. What an incredible “rules for thee” moment this was.

He has a massive carbon footprint, just with his private jet on the 48 trips he’s taken since the beginning of the Biden Administration — that’s 325 metric tons of carbon emitted. But, he’s going to lecture us and tell us what to do? Take the carbon footprint out of your own eye, John, before you start preaching at others.

But, it shows they don’t truly care about it. It’s just about using it for control.