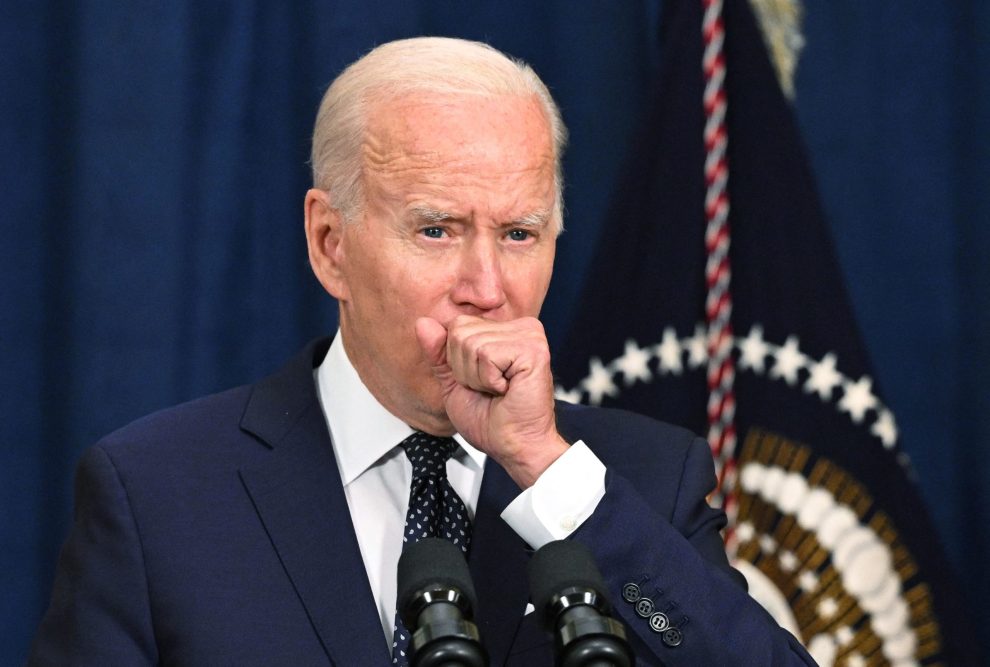 President Joe Biden made a remote appearance Friday at a meeting on gas prices, during which Biden’s coughing made the news.

COVID-infected Joe Biden reaches for a cough drop as staff talk to him via video about high gas prices pic.twitter.com/qKItD0QAiu

A sack of cough drops was visible next to Biden.

“Let me start by apologizing for my voice, I’m feeling much better than I sound,” Biden said before launching into his remarks concerning gas prices.

Later in the brief session, Biden emitted what the New York Post judged a “phlegmy cough” as White House economist Cecilia Rouse offered prepared remarks on gas prices. That comes at about 4:45 of the video of the session.

Biden had been vaccinated and received two booster shots. He is currently taking the drug Paxlovid, according to the New York Post.

In a Friday update, Biden’s physician Dr. Kevin O’Connor wrote that Biden had a touch of a fever Thursday night, hitting 99.4 degrees Fahrenheit, but has been normal since then.

O’Connor halted Biden’s use of two heart medications Thursday after his diagnosis.

The note said Biden had a runny nose, fatigue and a dry cough.

“The president is tolerating treatment well,” he said.

Seventeen people were identified as close contacts to President Biden, who has tested positive for COVID-19, including senior staff members and members of Congress, according to The Hill.

Although the White House did not identify them all, Vice President Kamala Harris is considered one of them.

Harris spoke at a conference in Washington on Friday.

White House COVID-19 Coordinator Ashish Jha was asked about Harris’s activities in terms of not wearing a mask and hugging an attendee at the conference.

Kamala Harris — who the White House said yesterday was a "close contact" with Biden and his COVID diagnosis — walks on stage, immediately removes her mask, and hugs the moderator. pic.twitter.com/4eBTxSDq4M

“My understanding is that the vice president is following CDC guidelines,” Jha said.

Jha later said he could not fully comment because he had not seen footage of Harris.