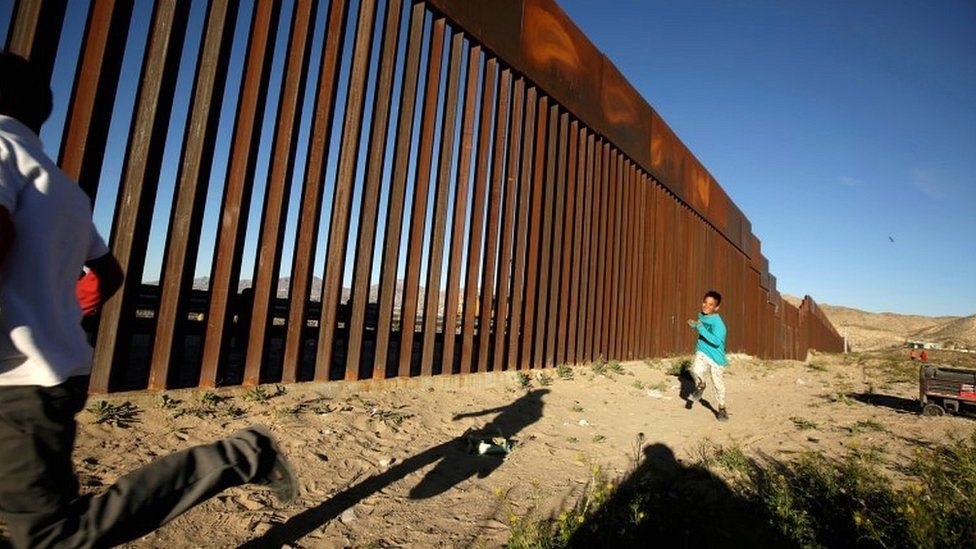 While sending nearly $14 billion to help Ukraine in its conflict with Russia, President Joe Biden fiercely opposed a similar amount for a border wall along the United States-Mexico border to stem illegal immigration and drug trafficking.

On Wednesday, Biden announced more American taxpayer money would be going toward protecting Ukraine’s borders. Those funds will go to drones, grenade launchers, pistols, rifles, machine guns, shotguns, and ammunition, among other things.

With the help of Republicans and Democrats in Congress, Biden is sending nearly $14 billion in aid to Ukraine in addition to about $350 million in military assistance. Biden had initially asked for about $10 billion to help Ukraine.

On the U.S.-Mexico border, which remains porous, with skyrocketing illegal immigration, Biden has been opposed to continuing the construction of a border wall.

In 2019 and 2020, Biden campaigned against former President Trump’s wall construction project which had cost about $15 billion — only a billion more than what Biden is now spending to protect Ukraine’s borders.

“There will not be another foot of wall constructed on my administration,” Biden said in August 2020.

Nearly 460 miles of border wall were constructed by the Trump administration, most in places where old barriers were replaced with tall, new steel bollard fencing. Construction was completely halted when Biden took office.

As Breitbart News reported, Biden has spent about $6 million every day to not build the border wall along the U.S.-Mexico border. The majority of the nearly 2,000-mile border remains open, with no barriers.