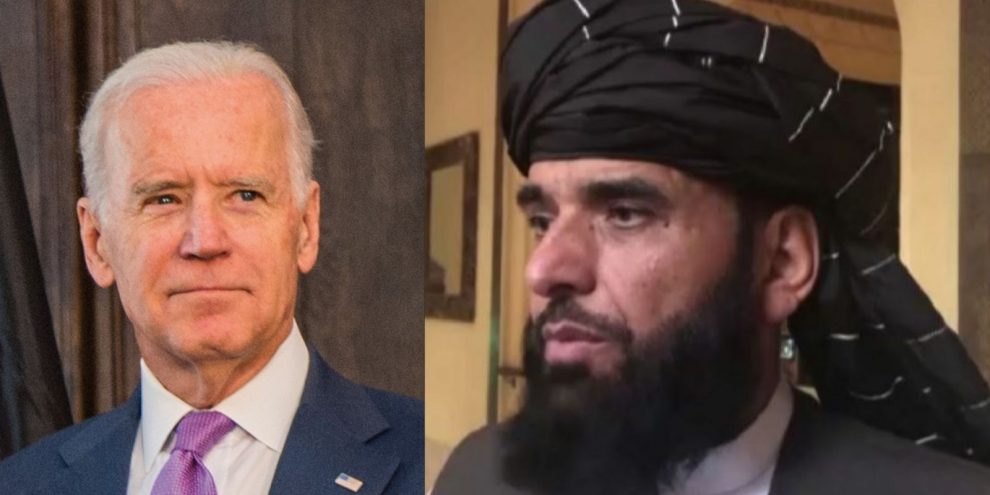 President Joe Biden talked about extending the Aug. 31 withdrawal deadline in the commander-in-chief’s weekend speech when he said that US troops may stay in Afghanistan past the date to aid in the evacuation of all Americans.

The Taliban, however, issued a dire warning should Biden extend the presence of American troops any further, calling the Aug. 31 date a “red line.”

According to the Daily Wire, Biden told the press on Sunday:

“There’s discussions going on among us and the military about extending. Our hope is we will not have to extend, but there are going to be discussions, I suspect, on how far along we are in the process.”

“We discussed a lot with the Taliban. They’ve been cooperative in extending some of the perimeter. So far the Taliban has not taken action against U.S. forces. So far they have, by and large, followed through on what they said in terms of Americans to pass through, and the like,” Biden continued in the delivered remarks. “And I’m sure they don’t control all of their forces. It’s a rag-tag force.”

The Taliban didn’t take the news lightly, however.

A spokesperson for the organization, Dr. Suhail Shaheen, responded about the possibility of extending the August deadline: “It’s a red line. President Biden announced that on 31 August they would withdraw all their military forces. So if they extend it that means they are extending occupation while there is no need for that … If the U.S. or UK were to seek additional time to continue evacuations — the answer is no. Or there would be consequences.”

Shaheen is responsible for most of the Taliban’s official communications with the Western world, including their social media accounts.