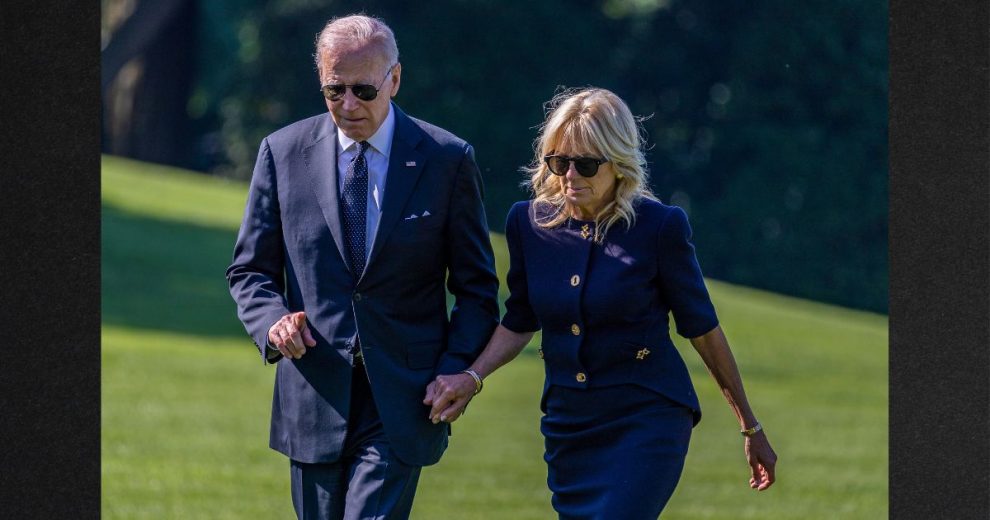 President Joe Biden was bundled off to a secure location on Saturday after an unauthorized airplane entered the airspace around Rehoboth Beach, Delaware.

The president and first lady Jill Biden were hustled off to a fire station, according to Fox News.

First, a small white private plane was seen above Biden’s beach house, according to a report from CBS.

Two military jets were soon seen in the sky.

One woman who lives nearby, Susan Lillard, tells @CBSNews she saw a small white plane flying over the area where Biden’s beach house is in town. That was around 12:45p. Then she saw the two military-style jets scramble minutes later over the town.

MORE INFO: Rehoboth Beach Fire Chief Chuck Snyder tells me Secret Service told the station at 12:48 they were bringing POTUS & FLOTUS to station “because of a threat.” Motorcade arrived at 12:52. Secret Service did not share more. @cbsnews

“Shortly before 1 p.m. today a privately owned aircraft entered the restricted airspace over Rehoboth Delaware after mistakenly entering a secured area,” Secret Service spokesman Anthony Guglielmi said in a statement, according to CNN.

“The aircraft was immediately escorted out of the restricted airspace,” he said.

The pilot, the statement said, had made a major error.

“Preliminary investigation reveals the pilot was not on the proper radio channel, was not following the NOTAMS (Notice to Airmen) that had been filed and was not following published flight guidance. The United States Secret Service will be interviewing the pilot,” he said.

“Precautionary security measures were taken but there was no significant threat to the protectee,” CNN said it was told by the Secret Service.

The Bidens are expected to be in Delaware through Sunday, according to the Cape Gazette. First lady Jill Biden celebrated her 71st birthday on Friday.

The weekend will add to Biden’s record-setting pace of being away from the White House, according to the Washington Examiner.

Biden has spent about 188 full or partial days away from the White House, with 130 in Delaware, 52 at Camp David, and six in Nantucket, Massachusetts.

Based on that pace, Biden will end a four-year term with 553 days away from the White House.