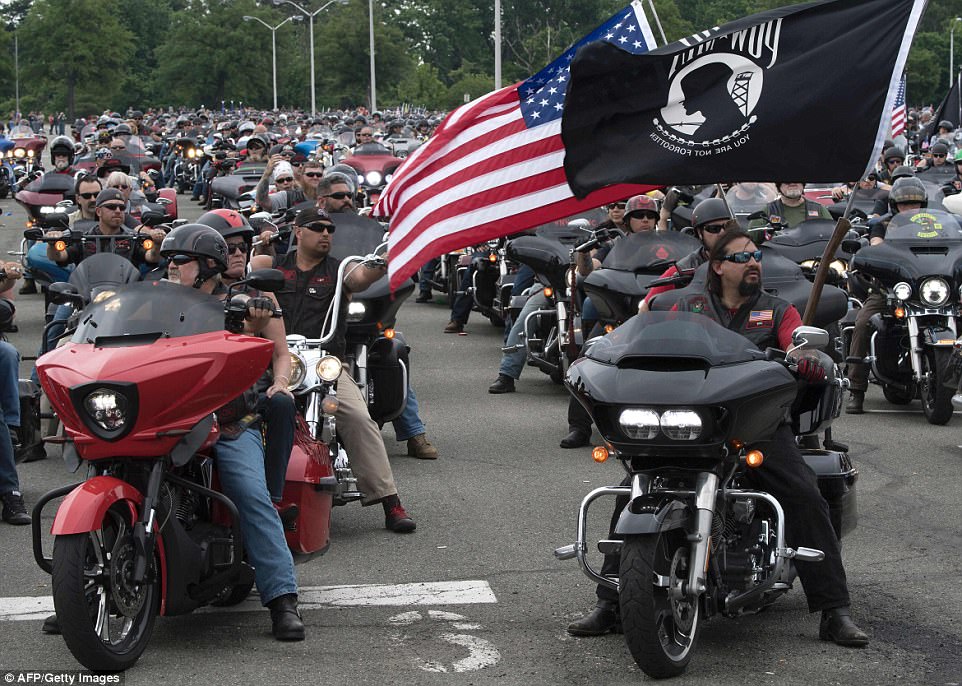 Under President Joe Biden’s leadership, the Pentagon has rejected a permit for the annual Rolling to Remember motorcycle ride that is held in Washington, DC, each Memorial Day to honor POW/MIA veterans.

The event is organized by AMVETS, a veterans group, which submitted permit requests and petitions for the event to multiple federal agencies. According to a press release from Rep. Darrell Issa (R-CA), “AMVETS received approval from the Department of Transportation, the Department of Interior, and multiple other state and local authorities.”

Originally, the Pentagon granted a permit to AMVETS for the event in March, however it was later rescinded without explanation.

“There are no options with as much space and convenient routes to the memorials, meaning it will be more difficult, disruptive, and expensive than if the Pentagon parking lots were available,” said Joe Chenelly, the national executive director of AMVETS.

“The administration included AMVETS in this new group as ‘a trusted voice in communities across the United States,’ but the Pentagon wouldn’t have a conversation with us to share their concerns and give us the chance to address them before deciding to refuse our application,” Chenelly added.

In past years, the Rolling to Remember motorcycle ride, formerly known as Rolling Thunder, had used the Pentagon parking lot as the pre-ride staging area to line up for the processional ride from the Department of Defense to the war memorials on the National Mall.

“The biggest disappointment in the Pentagon’s denial was that AMVETS was ignored for months as its professional staff in Washington requested numerous times an opportunity to hear the Defense Department’s concerns and present a [coronavirus] safety plan,” said Jan Brown, the national commander of AMVETS.

“The Biden Administration is making a terrible mistake by blocking a veteran’s charity from the use of the Pentagon parking lot for the Rolling to Remember POW/MIA remembrance motorcycle ride,” Issa said in a statement. “This last-minute rejection, a first of its kind in more than 30 years, leaves patriotic veterans without a safe alternative.”

The Biden Administration is making a terrible mistake by blocking a veterans charity from the use of Pentagon parking for the Rolling to Remember POW/MIA remembrance motorcycle ride. Sadly, the decision seems to be more about politics than safety.https://t.co/rENBxexDRI

“Leading up to the decision, the Pentagon refused to talk with event organizers,” Issa added. “They refused to respond to Congress about this topic. And now they are claiming COVID as an excuse.”

“Just days ago, President Biden hosted a drive-in rally in Georgia. The Rolling to Remember event is no less safe,” Issa concluded. “The only difference is the politics that are denying veterans the opportunity to honor their fallen comrades. If patriotic veterans are not welcome at the Pentagon, are they truly welcome anywhere in the Biden Administration?”

Issa, along with Rep. Ken Calvert (R-CA), sent a letter to the Department of Defense in April and questioned the decision.

Calvert also released an updated statement on the matter, blasting the Biden administration and the Pentagon for its decision.

“I’m disappointed by the Pentagon’s denial of AMVET’s permit for the Rolling to Remember event,” Calvert said. “It’s also frustrating to hear that the Pentagon staff failed to even engage in meaningful discussions to see how this outdoor event could take place in a safe manner.”

“At a time when President Biden can find a way to hold outdoor political events, it’s shocking his administration can’t find a way to help our veterans do the same,” Calvert added.