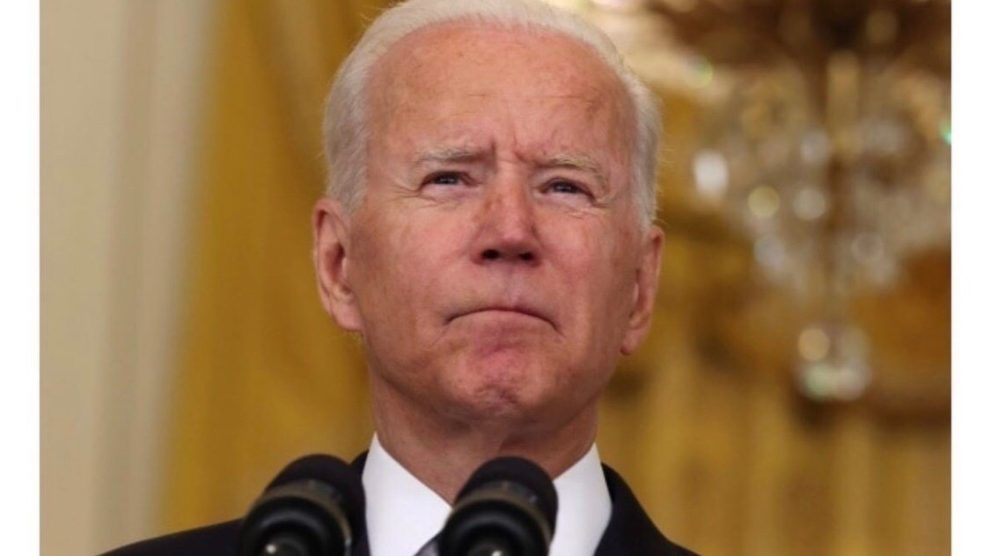 Joe Biden must resign, he’s gotten so weak, even though the alternative is clueless Kamala. That’s the big crazy on Insanity Wrap — an entire week’s worth of lefty nuttiness wrapped up in one easy-to-swallow medicated news capsule.

GOP House candidate Hung Cao shows the world how it’s done
Restoring parental rights catches fire while radical teachers want to “burn down the system”
White Lives Matter says… Kanye West?
Before we get to today’s big story, here’s a short video to make you lose whatever little faith you might still have in humanity.

At a recent “all ages” drag show in a bar, the drag queen purchased dresses for a young boy so he can cross-dress. pic.twitter.com/wiLb7x45Co

And even I’ll admit that only one of those is liable to scar you for life.

Joe Biden Is Too Feeble to Remain POTUS 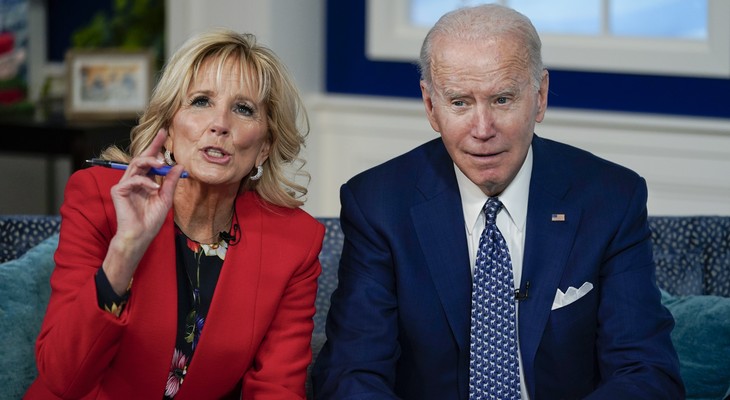 “Biden must resign” isn’t an easy cause to support, given that his replacement is perhaps the least-presidential person ever to sit One Heartbeat Away™.

But Biden must resign.

I had some fun (of course I did) at Biden’s expense in last week’s Insanity Wrap, comparing his powerless rant against inflation as “Old Man Yells at Cloud.”

But watching his performance this week, both before and after Hurricane Ian, something in me snapped.

It probably started with “Where’s Jackie?”

I don’t care how the White House tried to spin it (and how the press tried to ignore it), but there’s no getting around the fact that The Most Powerful Man in the World™ forgot that a colleague had recently died — after working with her on legislation and making a heartfelt (one presumes) call to her family.

There was also another incident of wandering around the stage, seemingly lost.

Sadly, we’ve all come to expect these things from the Senescent in Chief, haven’t we? So you might fairly ask what, after almost two years, finally made me go “snap.”

Maybe it shouldn’t have, but it was Biden’s sad little Puerto Rican adventure that did it.

As my PJ Media colleague Ryan Ledendecker reported for our VIP supporters yesterday, Biden’s PR — you can fill in that acronym two ways — trip was ostensibly about providing hurricane relief to the island, but was really about shoring up his Hispanic base before the midterms.

(That Dems are losing Hispanics so quickly that Biden had to half-leave the country to court them is a story for another time.)

The trip has been a disaster. Bonchie has all the cringeworthy video clips over at RedState, but let me add this: Biden’s big pander was $60 million in Hurricane Fiona relief to rebuild infrastructure.

$60 million? By the time all the right palms are greased and all the correct officials have taken their cut, there isn’t enough money left to replace a streetlamp.

That’s Joe’s big pander? It’s all so sad — or would be if it weren’t so frightening.

Not pandemic bad. Not proxy war in Ukraine bad. Not inflation bad. Not recession bad.

I don’t know what it is, but a nation this rich and powerful can’t be led by someone so obviously unfit as Joe Biden without inviting something awful, something to make us look back on the last two years with envy.

Look, I know that would mean President Kamala Harris, but just one disaster-in-the-making at a time, please.