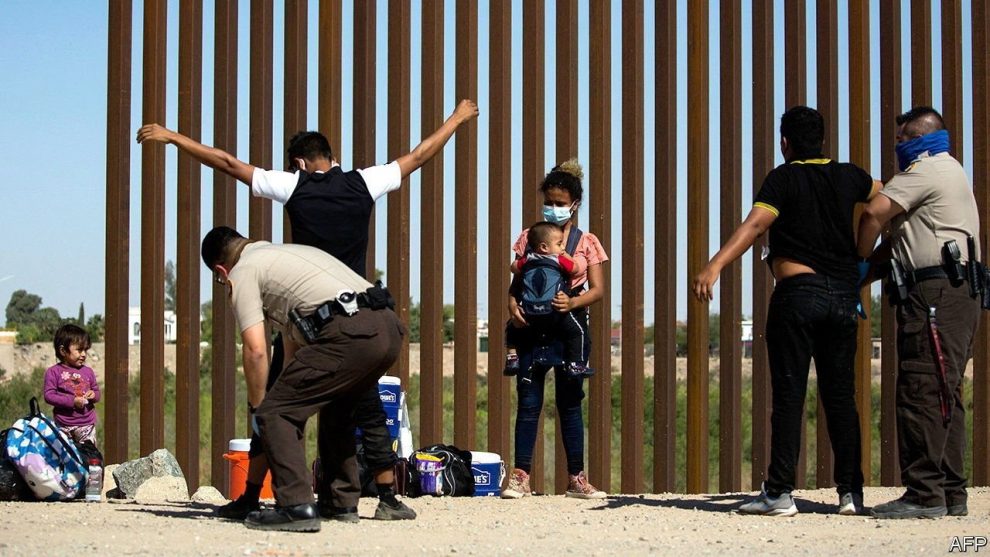 RIVERSIDE COUNTY, California — President Joe Biden is considering backing down on plans to end the Center for Disease Control and Prevention’s (CDC) Title 42 — the public health authority that has doubled as a border control measure — as Republican lawmakers head to the United States-Mexico border to sound the alarm on illegal immigration.

On Tuesday, a source told Axios that Biden and his top agency officials are considering not following through on their current plans to end the use of Title 42 on May 23 — a move that they admit could bring a wave of illegal immigration never seen before in American history.

The White House is looking for ways to buy time to avoid a massive influx of migrants that would add to already-historic border numbers. That already endangers Democratic incumbents in states that could decide the Senate majority in November. [Emphasis added]

Endangered Democrats are bluntly and publicly warning of a political disaster in the midterms. They’re pleading with the White House not to give Republicans an opportunity to paint Democrats as the party of open borders. [Emphasis added]

“The politics are pretty simple,” Rep. Henry Cuellar (D-Texas) told Axios. “The Republicans are going to hit Democrats with those videos of people streaming into the United States.” [Emphasis added]

The consideration to delay ending Title 42 comes as two congressional delegations head to the southern border this week.

Rep. Darrell Issa (R-CA) is leading a group of congressmen at the California-Mexico border while House Minority Leader Kevin McCarthy is headed to the Texas-Mexico border this week with a handful of Republicans.

The Republican delegations are expected to meet with the National Border Patrol Union as well as officials from the U.S. Customs and Border Protection, the Texas Department of Public Safety, and the Texas Army National Guard.

The GOP lawmakers are looking to highlight the impending wave of illegal immigration that experts predict will overwhelm not only federal immigration officials but also the American communities that Biden plans to use as a dumping ground in the administration’s catch and release network.

Without Title 42, Biden officials admit that they expect up to a half a million border crossers and illegal aliens — the equivalent to the resident population of Atlanta, Georgia — to arrive at the border every month.

Rep. Andy Biggs (R-AZ) recently told Breitbart News in an exclusive interview that he expects 30,000 border crossers and illegal aliens every day at the border.