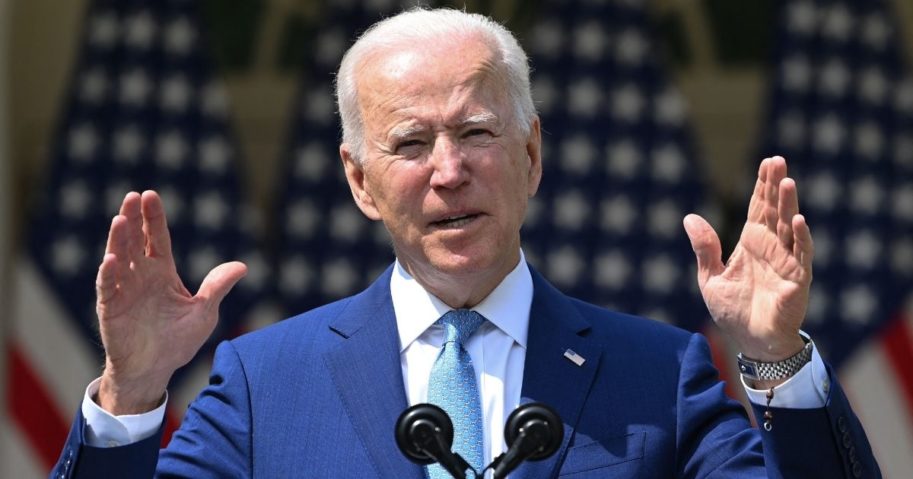 President Joe Biden issued an executive order Friday to establish a 180-day study effectively looking into the possibility of expanding the Supreme Court.

The Presidential Commission on the Supreme Court of the United States will “provide an analysis of the principal arguments in the contemporary public debate for and against Supreme Court reform,” according to a statement from the White House.

Specifically, the commission will look into a number of areas related to so-called court “reform” proposals, including “the length of service and turnover of justices on the Court” and “the membership and size of the Court,” the statement said.

Biden has faced pressure to pack the Supreme Court with additional justices after former President Donald Trump appointed three justices during his presidency.

The idea is that increasing the number of justices from the nine the court has had since 1869 would dilute the power of the conservative majority.

During his campaign, Biden repeatedly refused to say whether he supports Democrats’ calls to pack the Supreme Court.

Biden has said that the system of judicial nominations is “getting out of whack,” but he still hasn’t come out in support of court-packing, The New York Times reported.

He promised to create the 180-day commission during an interview with Norah O’Donnell of CBS News in October.

The 36-member commission will look into the history of the court, how justices are nominated and any consequences that could come with expanding the court, but the order does not charge the commission with making recommendations.

“This action is part of the Administration’s commitment to closely study measures to improve the federal judiciary, including those that would expand access the court system,” the White House statement read.

Court-packing came to the forefront of political discussions particularly after Justice Amy Coney Barrett was confirmed shortly before the 2020 presidential election.

The court has been set at nine members since just after the Civil War, but former President Franklin D. Roosevelt unsuccessfully tried to increase the number of seats in the 1930s.

If Biden chooses to try to increase the number of seats, he will need approval from Congress, where Democrats hold the majority in both the House and the Senate.

Justice Stephen Breyer, the oldest member of the court and the senior liberal member, warned against expanding the court for political reasons.

“I hope and expect that the court will retain its authority,” he said, according to The New York Times.

“But that authority, like the rule of law, depends on trust, a trust that the court is guided by legal principle, not politics. Structural alteration motivated by the perception of political influence can only feed that perception, further eroding that trust.”