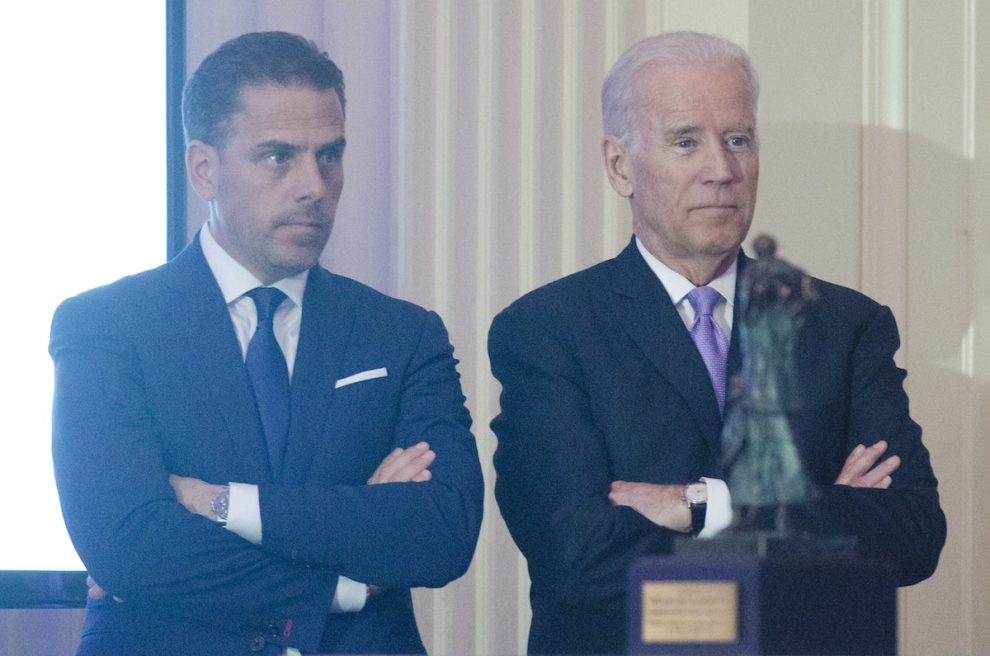 President Joe Biden noted his family’s gun-toting ways at a town hall that aired Sunday night, but neglected to mention one member of his clan’s problems with firearms and the law.

Biden said he has two shotguns, and noted that his late son Beau was also a gun owner. But perhaps unsurprisingly, he made no mention of ne’er-do-well son Hunter Biden, who allegedly lied on a federal form in order to purchase a handgun that his then-girlfriend – and brother’s widow – threw away in a dumpster near a Delaware school.

“I haven’t shot them in a long time but I have two shotguns,” Biden said at the event, which was taped on October 18. “My deceased son had a shotgun for target practice. The fact of the matter is that they’re locked in a case. So, nobody should be able to access them.”

Joe Biden AGAIN falsely claims that the bullet shot from an AR-15 travels "five times the speed of an ordinary bullet."

But anyone could’ve accessed the revolver Hallie Biden threw away after she found it in Hunter Biden’s car in 2018. She claimed she chucked the weapon out of fear that her brother-in-law-turned-lover might kill himself. It is a different handgun from the semiautomatic Hunter is seen brandishing while fully naked in disturbing images on his infamous laptop.

After Hallie threw the gun in the trash, she told a nearby grocer, who called the police. The FBI reportedly came to the scene and interviewed both Bidens. In order to obtain any gun, Hunter Biden was required to divulge on a federal form whether he had a history of drug use. Although the FBI appeared to take no action, the U.S. Attorney for Delaware, David Weiss, is reportedly considering bringing charges against Hunter Biden for allegedly making false declarations on the form.

“He came along and said, by the way, this thing about a gun – I didn’t know anything about it,” Biden told CNN’s Jake Tapper earlier this month. “But turns out that when he made application to purchase a gun, what happened was… I guess you get asked – I don’t guess – you get asked a question, ‘Are you on drugs, or do you use drugs?’ He said no. And he wrote about saying no in his book.

“So, I have great confidence in my son.”

The gun discussion during the town hall, hosted by the left-leaning outlet NowThis, came when a gun control advocate who lost her brother in the 2012 school shooting in Sandy Hook, Connecticut, asked about firearms.

In a 2013 interview with Field & Stream magazine, the then-vice president recounted the advice he gave his wife for dealing with anyone who posed a threat after intruding onto their private property.

“If there’s ever a problem, just walk out on the balcony here— walk out, put that double-barrel shotgun and fire two blasts outside the house,” he said.

In the same interview, Biden claimed a shotgun provides better protection than an AR-15, which he wants to ban.

“Well, you know, my shotgun will do better for you than your AR-15, because you want to keep someone away from your house, just fire the shotgun through the door,” Biden said. “Most people can handle a shotgun a hell of a lot better than they can a semiautomatic weapon in terms of both their aim and in terms of their ability to deter people coming [at them].”