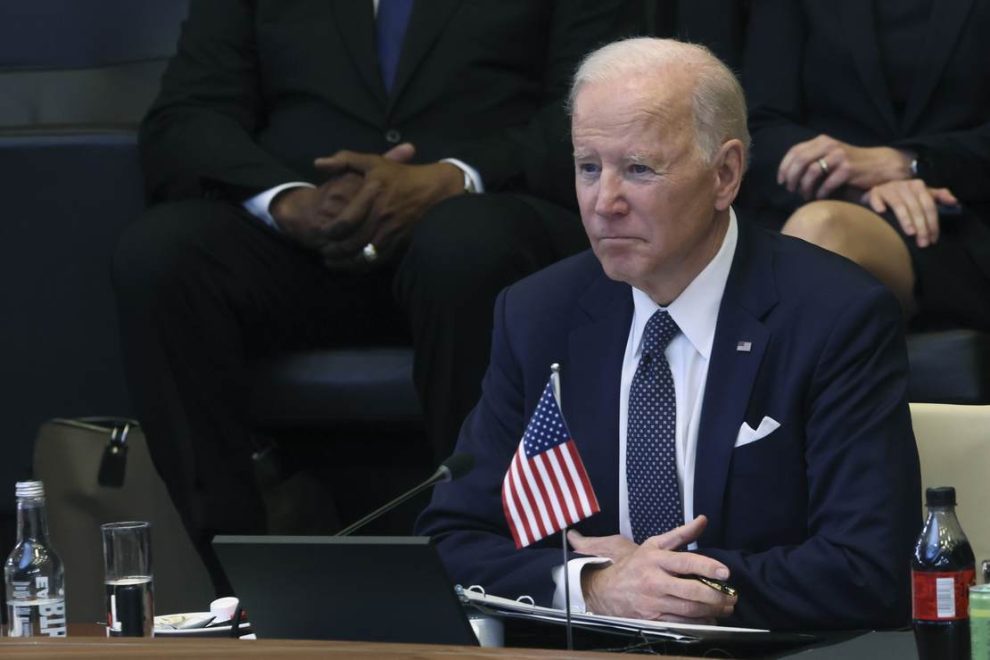 We’ve seen a lot of gaffes from Joe Biden and he had yet another one on his last day in Saudi Arabia on Saturday, when he bragged there were no more American troops engaged in combat in the region.

JOE BIDEN in Saudi Arabia: "We'll always honor the bravery and selfishness — selflessness — of the and sacrifices of the Americans who served" pic.twitter.com/5I8LhuhN2B

“For the first time since 9/11, an American President is visiting this region without American troops being engaged in combat — in a combat mission in the region,” Biden said. “We’ll always honor the bravery and selfishness — selflessness of the — and sacrifices of the Americans who served, including my son, Major Beau Biden, who was stationed in Iraq for a year.”

Secretary of State Antony Blinken, situated near the president during the speech, became noticeably uncomfortable after the awkward slip of the tongue.

But what’s far worse than the gaffes are the bad policies and incompetent actions that Joe Biden takes that have so harmed this country. Joe Biden brags about troops no longer in combat in the region. That was certainly a long-desired goal of multiple American leaders. But Biden was willing to sacrifice it being done correctly and safely, protecting American soldiers and citizens, as well as our allies, when he pulled out in the debacle of the withdrawal from Afghanistan. He pulled out the military before getting Americans and our allies out, then he had to put even more military back into harm’s way.

Biden was so fixated on getting out by the date he declared, he didn’t care about the people that were left behind– condemning thousands to an uncertain fate at the hands of the Taliban. He and his team even lied about the people left behind, claiming the numbers were no more than 200, when indeed there were thousands. All so he could claim a photo-op of the kind he was taking in Jeddah on Saturday.

Let’s remember the 13, when Joe Biden tries to make such statements in the future. Because it’s those people who paid the ultimate price for Joe Biden’s incompetence.