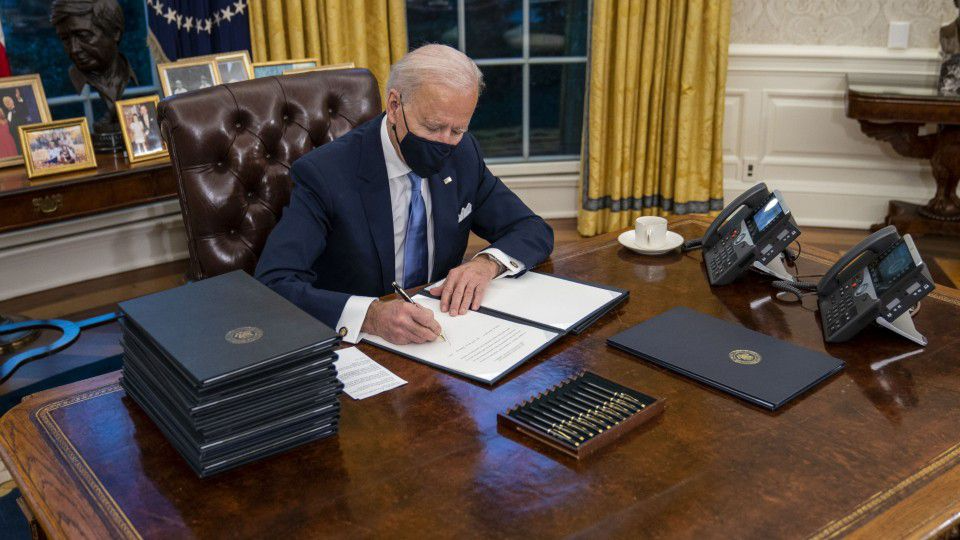 President Joe Biden’s first day in office may have been historic in more ways than one: he may have set a single-day record for the number of jobs killed by an American president.

Biden revoked the permit for the Keystone XL pipeline, as promised. In so doing, he killed some 11,000 direct jobs that the pipeline’s construction was to have created, and an estimated 60,000 indirect jobs in secondary, related industries.

Over 1,000 workers already on the job — mostly union workers — will be laid off as a result of the decision, even if it is litigated, as many expect it will be, in the courts.

Sen. Ted Cruz (R-TX) confronted Secretary of Transportation nominee Pete Buttigieg over the Keystone XL decision on Thursday morning, during Buttigieg’s confirmation hearing. If the administration was serious about infrastructure, Cruz asked, why was it killing an infrastructure project with “good, paying union jobs”?

When Buttigieg said the idea was that “net” jobs created in more climate-friendly industries would be positive, Cruz retorted that that was little comfort to the Keystone XL workers who were being laid off: “So for those workers, the answer is somebody else will get a job?”

The Association of Oil Pipe Lines complained, as did the United Association of Union Plumbers and Pipefitters — though the union may only have itself to blame: it endorsed Biden in August, after he had promised to kill the pipeline in May.

Biden also halted the construction of the border wall on the U.S.-Mexico boundary on Wednesday. While the projections for jobs there are somewhat unclear, one analysis (by an opponent of the wall) in 2017 estimated that the wall, if fully constructed, would create 10,500 jobs.

Moreover, on Thursday, the Biden Administration announced that it had suspended oil and gas permits on federal land Wednesday. It is unclear how many jobs that will cost — but the outlook is not good.

Most presidents promise to create jobs. Biden killed up to 70,000 jobs in his first 24 hours — and the true total may be even higher.