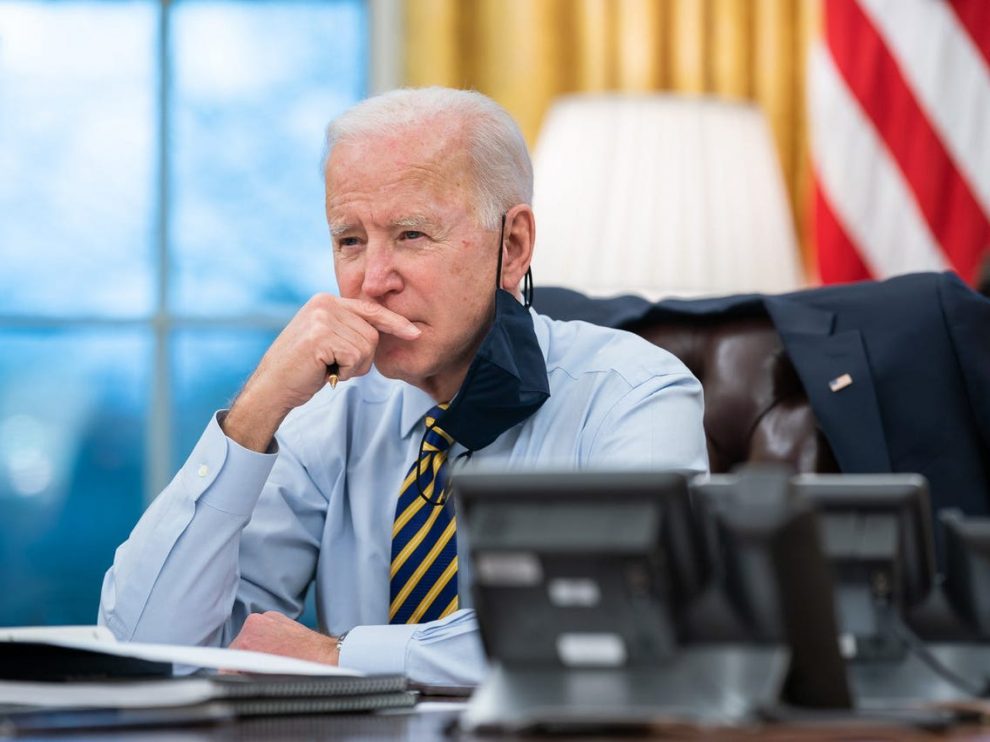 A provision of President Joe Biden’s proposed $2.3 trillion infrastructure plan, the American Jobs Plan, would erode “right-to-work” laws in states that do not force workers to join a union, and would include a controversial “card check” system.

As described by the White House, the plan will “promote union organizing and collective bargaining,” in part through the “Protecting the Right to Organize (PRO) Act,” a Democrat bill that passed the House of Representatives earlier this year.

In the event that workers vote not to join a union, the PRO Act allows the National Labor Relations Board (NLRB) to set aside the results if an employer is found to have interfered in any way. The union will then immediately become certified if “a majority of the employees in the bargaining unit have signed authorizations designating the labor organization as their collective bargaining representative” in the year preceding the election.

Those “signed authorizations” are a system called “card check,” in which union members can approach workers — even at their homes — and ask them to sign that they want to join the union.

“Card check” does away with the secret ballot, and it could allow union organizers to intimidate workers — which is why even former Democratic Party presidential nominee George McGovern opposed the idea in 2008. Then as now, Democrats claimed they were helping workers’ rights, calling “card check” the “Employee Free Choice Act.”

As Fox Business notes, the PRO Act also includes a provision that reclassifies many independent contractors as employees. That repeats the policy enacted by California’s Democrat-dominated legislature in 2019 in AB 5, which caused havoc in the “gig economy,” including ride-sharing companies. Female workers who prefer more flexible schedules were particularly badly affected. California voters passed Proposition 22 in 2020 to limit AB 5, and other changes to it are also being debated.

Currently, 27 states have passed “right-to-work” laws that “that no person can be compelled, as a condition of employment, to join or not to join, nor to pay dues to a labor union,” according to the National Right to Work Legal Defense Foundation. Many of these are governed by Republicans; many have also experienced rapid economic growth in recent years, and have attracted workers who have left Democrat-governed states with strict unionization laws.

Biden’s infrastructure plan would make Democrats’ approach the national norm, and would include a “card check” system that was once too radical for President Barack Obama, with a Democratic House and a filibuster-proof Democratic majority in the Senate, to pass.