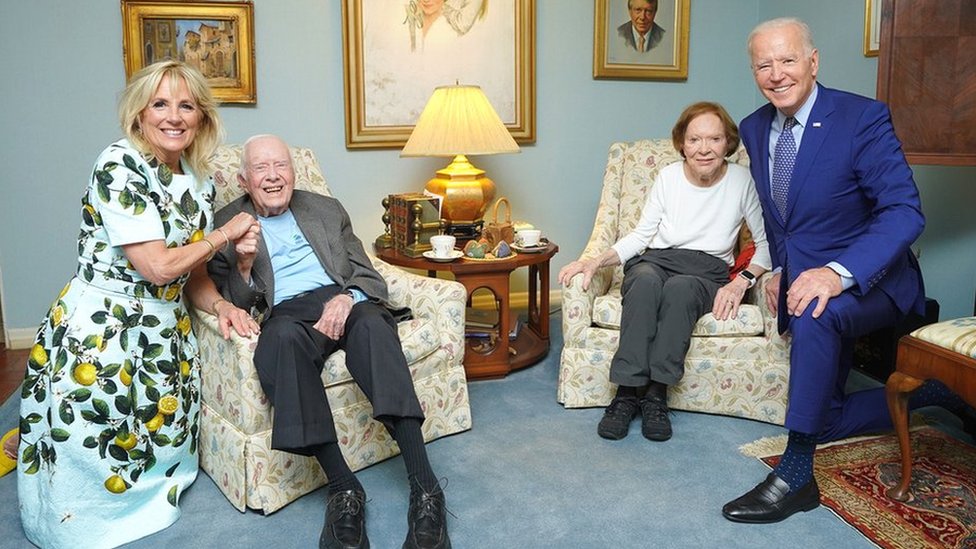 Rick Perry, former Texas governor and Donald Trump’s Energy secretary, wrote an op-ed on the Fox News site that reminds us of what’s at stake in Biden’s deliberate destruction of the American energy industry.

“President Joe Biden has accomplished in just 14 months what many thought was impossible — surpassing President Jimmy Carter as the most incompetent steward of the American economy,” wrote Perry.

With inflation at 8.5 percent and energy costs soaring 32 percent over last year, it’s hard to argue with him.

Excessive spending and anti-supply-side policies have contributed to the worst inflation since the Carter era. Instead of invading Afghanistan, the Russians have invaded another neighbor: Ukraine. But they were emboldened to do so by President Biden’s disastrous withdrawal from the same country — Afghanistan — where the Soviets were mired in a war they couldn’t win. And, of course, we have disastrous energy policies reminiscent of the Carter era, leading to record high prices at the pump and a major missed opportunity to bring stability to Europe.

Biden aims to take federal lands and waters out of play for energy exploration — the Gulf of Mexico alone accounts for 15-16 percent of U.S. oil production. His regulators have made it nearly impossible to build new pipelines to transport gas or build liquefied natural gas (LNG) facilities. Massachusetts alone represents 60 percent of U.S. LNG imports, while neighboring state Pennsylvania has enough energy to be the world’s fourth-largest producer if it were its own nation. But liberal policies have prevented the transport of Pennsylvania energy north and east.

Of course, the reason for these madcap policies is that Biden and the radicals want to save us from being roasted to death as a result of climate change. But saving humanity has been put on hold by Biden as Americans have become enraged at a president deliberately causing their fuel prices to skyrocket—for their own good.

If Americans don’t already realize it, let’s state the obvious: energy security is national security. And either America returns to a policy of flooding the global market with our resources, helping to liberate friends and allies from hostile sources, or we empower and embolden tyrants in the Middle East and Moscow.

The price Americans pay at the pump began to soar long before Russia amassed troops on the Ukrainian border. Between January 2021 and October 2021, gasoline prices rose 99 cents per gallon.

In response to soaring prices, Biden tapped the Strategic Petroleum Reserve — a stockpile of crude oil designed to shield the U.S. from real emergencies like natural disasters and foreign conflict that disrupt production, not an incompetent energy policy. The president’s current draw downs of this reserve have resulted in approximately one-third of the total stockpile being squandered on Biden’s price-fixing efforts and only providing a band-aid for the 1.4 million barrels a day his Administration’s failed policies have eliminated.

Rather than admit failure and change course, Biden has sought to blame oil companies and Big Business for price gouging. In truth, no one needs to defend Big Oil or Big Retail. They’re big boys and girls and can handle themselves.

But when a president makes false accusations to cover his political hide, he needs to be called out on it. Thankfully, Biden doesn’t appear to be fooling anyone.