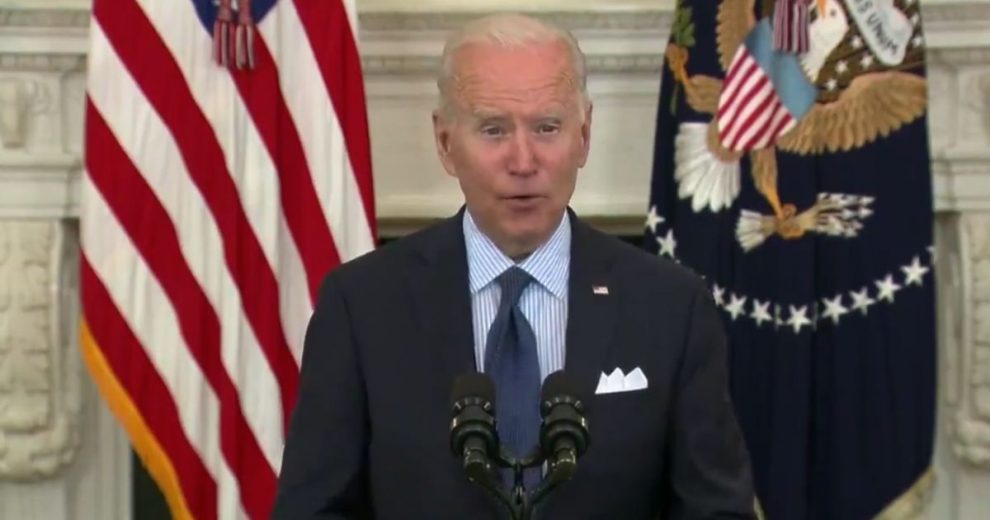 President Biden and congressional Democrats are handing Republicans a rare unity moment, providing a boost for a party that has struggled to get on the same page in the post-Trump era.

Democrats’ $3.5 trillion spending plan, which they teed up this week after high-profile internal divisions, and a days-long fallout over a messy Afghanistan exit are sparking across-the-board GOP criticism and giving Republican lawmakers an opening to go on offense.

The U-turn comes after months of Republican attempts to figure out ways to land blows on Biden that could reverberate in next year’s midterm elections, when the GOP is hoping to win back the House and Senate.

“Both of these happening at the same time, it gives two opportunities for Republicans to make sure they’re all on the same page,” said Doug Heye, a GOP strategist and former House leadership staffer.

Heye added that after rounds of GOP infighting this year, “it’s important for them to find those opportunities” to unify and “this allows them to do that.”

Every House Republican voted against the $3.5 trillion budget blueprint on Tuesday, following unanimous opposition from Senate Republicans earlier this month. And even though some GOP lawmakers backed former President Trump’s decision to cut a deal with the Taliban last year, the party is now united in launching extensive broadsides against Biden’s exit strategy after chaotic scenes from Kabul have dominated the news.

The former president, who had lashed out at McConnell for supporting a $1.2 trillion bipartisan infrastructure deal, is now focusing his fire on Biden and Afghanistan. Meanwhile, McConnell, who often goes out of the way to avoid mentioning Trump, recently gave him a backhanded compliment.

“I certainly would have hoped that President Trump, had he pursued the policy that he indicated he wanted to pursue, would have taken more time to plan it and operate it better. I’m sure he could have done better than this,” McConnell said during a recent interview with conservative radio host Hugh Hewitt, marking a rare direct mention of Trump by the GOP leader.

While Afghanistan and the $3.5 trillion spending plan are unrelated items, they’re simultaneously coming to a head at a time when Democrats have been growing increasingly, and publicly, anxious heading into an election year.

Democrats were able to approve the budget resolution, which will allow them to bypass GOP support on a spending bill of up to $3.5 trillion, but they face big headaches as they try to unite their caucus behind the spending bill as soon as next month.

At the other end of Pennsylvania Avenue, Biden is starting to slip in polls. The president’s approval rating dropped to 41 percent in light of the Taliban’s takeover of Afghanistan, according to a USA Today-Suffolk University poll released Tuesday, with 55 percent of respondents disapproving of Biden’s job in office. This week marked the first time in his presidency that polls showed Biden’s approval rating falling below 50 percent.

A GOP strategist involved in the Senate races added that “the president has been sliding for probably like the last month” but that the fallout from Afghanistan had “accelerated that decline” and came as voters were already increasingly concerned about rising COVID-19 cases and inflation.

“Kind of taken on the whole, I think you could make the argument that this month was really the month that the wheels started to come off of the Biden administration. Maybe they get it together here, but this is a real political crisis,” the strategist said. “What they were banking on as their calling card is that Democrats were the steady hand. … I think these kind of myriad crises have done a lot to completely undercut that.”

The developments have also “absolutely united Republicans,” the strategist said.

But there’s no guarantee that the GOP unity will hold. There are simmering divisions looming over the acceptance of Afghan refugees, with pushback already building among conservative commentators, and Republicans are all over the board with how far they are going with their attacks on Biden.

While McConnell has painted Afghanistan as a policy disaster of Biden’s own making, others have launched personal attacks questioning Biden’s mental fitness. Sen. Rick Scott (R-Fla.), who chairs the Senate GOP campaign arm, became the first Republican senator to float the idea of removing Biden from office through the 25th Amendment.

And in a sign of Trump-fueled headaches awaiting Republicans, former NFL star Herschel Walker filed paperwork to run in next year’s Georgia Senate race, where Republicans are hoping to unseat Sen. Raphael Warnock (D). Walker was courted by Trump, but some Senate Republicans had publicly signaled that they thought he should sit out the race since he’s likely to face questions about reported incidents of violent behavior.

Trump has also threatened to try to unseat GOP Sen. Lisa Murkowski (Alaska) if she runs for reelection.

“Where we’ve seen division in the past really has been more about personality, and that personality being Donald Trump,” Heye said. “Donald Trump’s a wild card who can threaten to knock Republicans off message at any moment, so it’s important for them to take advantage of opportunities when they come like this.”

Though Biden’s faced criticism from members of his own party over the exit strategy in Afghanistan, Democrats are largely aligned on the ultimate goal of withdrawing U.S. troops. Democrats also touted the passage of the budget resolution this week, arguing it’s a reminder that they are working to deliver on key priorities for Americans including child care, health care and tax reform.

“Every GOP Senate candidate will have to answer for their party’s agenda, and voters will hold them accountable in the campaign ahead,” said Jazmin Vargas, a spokesman for the Senate Democrats’ campaign arm, about GOP opposition to the spending plan.

But Republicans are hoping that by being unified against the budget resolution and the subsequent spending bill that they can put public pressure and focus on centrist Democrats in both chambers to either scale down the $3.5 trillion plan or scuttle it altogether.

The House and Senate GOP campaign arms quickly seized on Democrats’ plans and public fighting over trying to pass a $3.5 trillion spending bill later this year following Tuesday’s vote on the budget blueprint.

T.W. Arrighi, a spokesman for the National Republican Senatorial Committee, said the high-profile infighting before Tuesday’s vote was one of “the very reasons that Republicans will take back both chambers of Congress in 2022.”

Republicans have also blanketed the airwaves with criticism over Afghanistan, including holding multiple press conferences around Capitol Hill to try to drive home their message while calling for investigations.

“He will have blood on his hands, people are going to die,” Rep. Michael McCaul (R-Texas) told reporters.

“President Biden has embarrassed the United States on the world stage and created the worst foreign policy blunder in our modern history,” Waltz said. 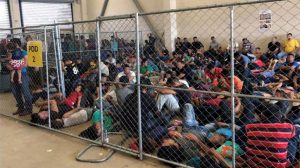 Amnesty Alert: Bill ‘Blows Away All Numerical Limits’ on Employer-Based Green Cards — for an Entire Decade 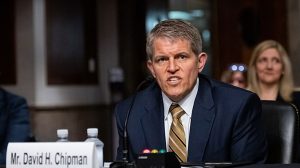 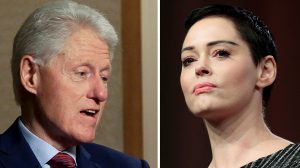 ‘I’ve Been in a Hotel Room With Your Husband’: A Week Has Passed Since Rose McGowan Warned Hillary that a ‘Bomb’ Is Coming. Now What?