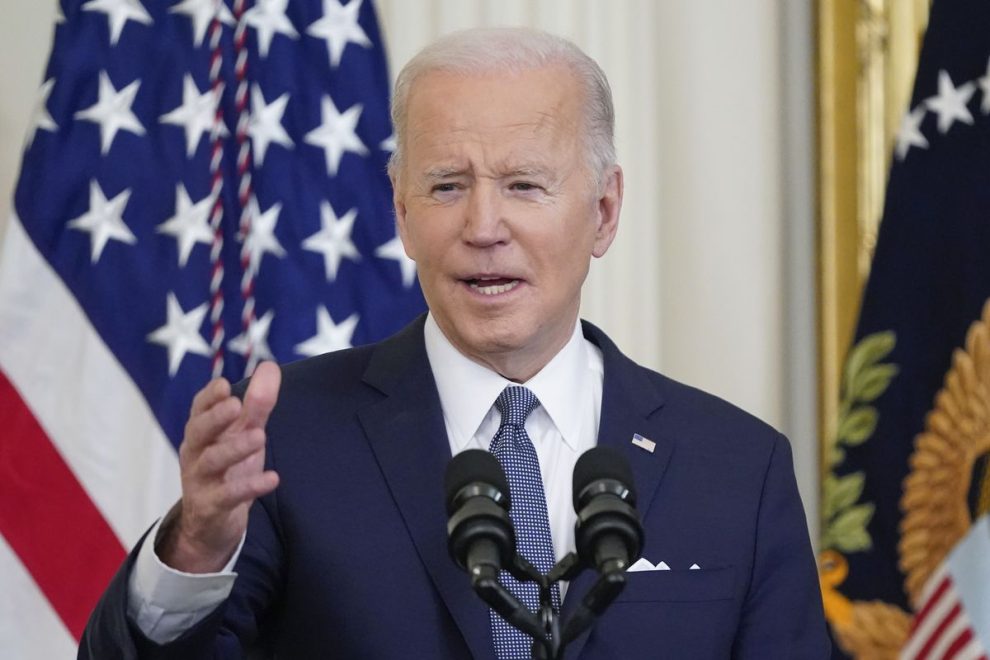 How is Joe Biden dealing with the high gas prices?

As we reported earlier, he ordered that there would a release from the Strategic Petroleum Reserve — one million barrels a day for 180 days — to help lower the prices. This is an incredibly bad move — robbing our savings account at a time of great inflation and world instability — that does nothing to increase our long-term production. We’re only supposed to be using it in an emergency, which is not this when there are other options.

Why is he doing this now? For purely selfish political reasons — his numbers and those of the Democrats are in the dumpster. He knows that unless they do something, the Republicans are going to wipe them out big time in the election. Funny how that 180 days leads us right up to the month before the midterms It’s just wrong to endanger national security this way, especially when we have plenty of oil to provide for our own needs and the needs of our allies. We’re just not focusing on increasing production for energy independence because of the Biden/Democratic position against fossil fuels.

But White House Chief of Staff Ron Klain heralded the announcement of the release as “HISTORIC.”

The SPR is not the strategic price reserve and should not be used IMO unless it is absolutely necessary, though the consumer side of me prefers lower #gasprices. I just think we ought to be careful. 1mb for up to 180 days gets me concerned.

“Biden’s plan to release 1 million barrels of oil per day for up to 6 months is yet another pretend action to reduce gasoline prices,” said Steve Milloy, the founder of JunkScience.com and former member of Trump’s EPA transition team. “U.S. consumption is about 18 million barrels per day so Biden’s plan can and will have no meaningful effect on oil prices, especially given current pipeline and processing constraints,” Milloy pointed out. “The only way out of the inflationary spike in oil prices is to unleash domestic production, including more pipelines and refinery capacity, which Biden refuses to do because of his climate agenda.”

That Biden doesn’t want to do. Indeed he said today that oil companies who aren’t producing from leases (likely because they can’t because of lack of oil or Biden restrictions) could now face fines. As we noted earlier, he’s also going to try to impose a ton of taxes on them in his budget that would then likely be passed onto the consumer, as House Speaker Nancy Pelosi (D-CA) admitted.

While he’s trying to punish oil producers, now Biden is going all-in to promote clean energy. He formally invoked the Defense Production Act to dictate to private companies to “secure American production of critical materials to bolster our clean energy economy,” specifically the raw materials to make batteries for electric vehicles. So he’s using the Act — not for an emergency like a war or a pandemic as envisioned — but to impose his own political will to remake how energy is produced in this country. That’s not the point of the Act and it’s a wrongful action of the government to dictate to private industry.

This fundamental transformation ultimately is the whole point — and this is about using this moment for their agenda.

BIDEN: "Ultimately, we and the whole world need to reduce our dependence on fossil fuels altogether." pic.twitter.com/AFgRvYhPJi

Biden claimed that moving to electric vehicles would save $80 a month in not having to pay gas.

BIDEN: "A typical driver will save about $80 a month from not having to pay gas at the pump" if they just buy an electric car. pic.twitter.com/Rjjtj7poeJ

What he leaves out is how Americans who have already been strained and can’t afford Biden’s inflation and high gas prices are going to pay for that expensive electric vehicle that costs $55,000.

But Joe Biden wouldn’t be Joe Biden if he didn’t couple those bad policies, ignorance, and lies with some incoherence and cognitive difficulties.

If you want to know how much help Biden needs, here’s his massive teleprompter.

That’s how big and clear it is — yet, he’s still always squinting and messing up what he’s supposed to say. For example, listen to this mess of a word salad.

He still can’t get it out, even with the teleprompter. How can he not read it? Why would anyone “unite with us,” as he begs, when they see leadership like this? They can see what happened to our allies in Afghanistan. He has done so much harm to America with his actions.