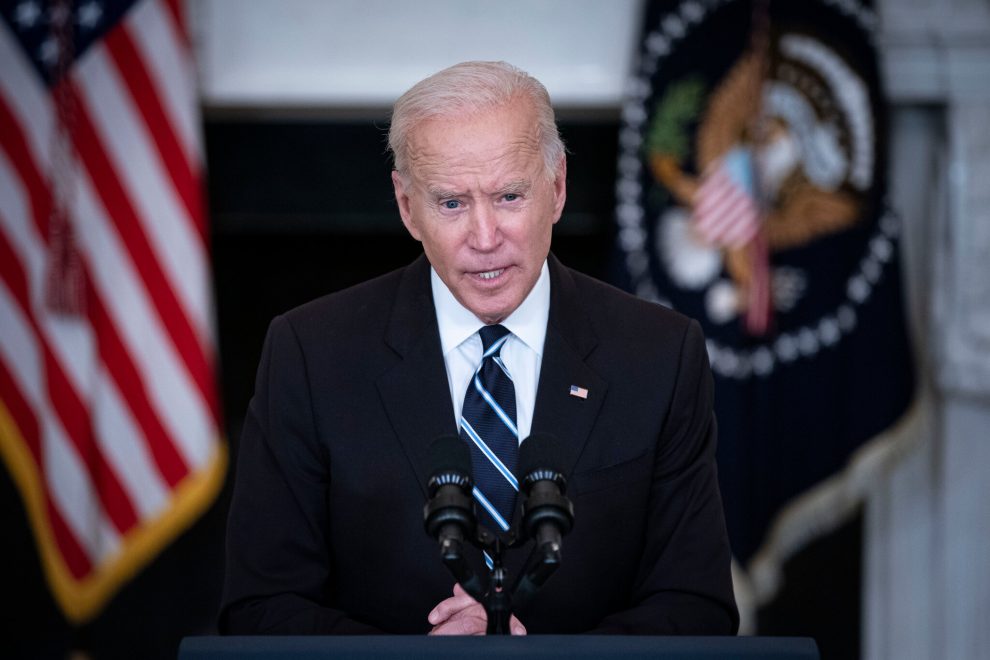 Social media clips of the end of his speech showed the president on the White House lawn asking, “What do we do now?” after his scripted words had been depleted.

He then might have said something else, perhaps asking, “Do we leave?” as he sought instructions following the formal program with transportation secretary and former mayor of the fourth-largest city in Indiana, Pete Buttigieg.

The second sentence, if it was a sentence at all, is barely audible in the recording. Biden had walked well away from the microphone by then.

Confused President Biden: “What do we do now?” and what sounds like “do we leave?” after remarks on his administrations trucking action plan, alongside Secretary of Transportation Pete Buttigieg.

Although one event does not define a presidency, Nile Gardiner, a former aide to British Prime Minister Margaret Thatcher, noted that miscues have come to be the overriding theme of the Biden White House.

In an Op-Ed on the Heritage Foundation website, he noted that during Biden’s recent trip to Europe: “At times Mr. Biden looked dazed and confused, struggling to command his sentences, and drifting into incoherence. The messaging was muddled, forcing even the president’s top officials to disown their own leader’s comments.”

“In 20 years in Washington, I have not seen a White House more disorganized, incompetent or mismanaged, in both the president’s and vice president’s office. It has a distinctly Monty Python-esque feel to it,” he wrote.

The media event on Monday that served as the scene of Biden’s most recent bout of confusion promoted Biden’s Trucking Action Plan, which was actually rolled out last late year.

Collin Long, director of government affairs for the Owner-Operator Independent Drivers Association, said at the time that the plan was not in sync with the industry’s needs, according to Fox Business.

“They’re putting so much emphasis on bringing in more drivers and not enough on what you do once they’re in the field, how you get them to stay behind the wheel,” Long said. “How do you make the job prosperous for them and safe for them? And a lot of that is what’s missing from the proposal.”

According to the website The Trucker, the group summed up the plan as “a mixed bag of policies” in a statement.

The plan was also lambasted in a Medium post by trucker Ryan Jonson.

“As a twenty-year truck driver, I do not believe President Biden’s ‘Trucking Action Plan’ will solve any of the problems it is intended to. I was a Zoom member of what (I think) was the first ‘listening session’ where the Department of Transportation, Department of Licensing, and Transportation Secretary Buttigieg himself held. For the 18–21-year-olds that get sucked up in this program, it will absolutely be life changing for some in ways they can’t begin to imagine. This program is nothing but a mega carrier bailout. Few drivers will stay, because at its core, this program is designed to continue every single abuse that leads drivers to leave the industry,” he wrote.

“This program starts at the wrong end of the problem,” he said, citing multiple trucking industry problems that lead to drivers getting out of the business.

“The Trucking Action Plan (TAP) addresses none of these issues. It lets all of them continue. This program is not going to solve any of the problems in the trucking industry. Its purpose is to provide enough warm bodies to satiate the need for endless workers for the trucking industry. The abuses will continue, and the program will fail,” he wrote.During the event, Biden repeated a since-debunked claim about driving a truck; a claim he first made last year.

“I got a commercial license because my dad used to run an automobile agency. And I used to have to go up to the body shop up in Philadelphia from Wilmington. And when they’d order a trailer or a cab, I’d just — they’d sell the cab. And so, I had to have a licensed to be able to drive it up and back,” the White House transcript of Monday’s event quotes Biden as saying.

He said that during a truck strike, he encountered “the only woman truck driver I ever knew” in an exchange over the radio.