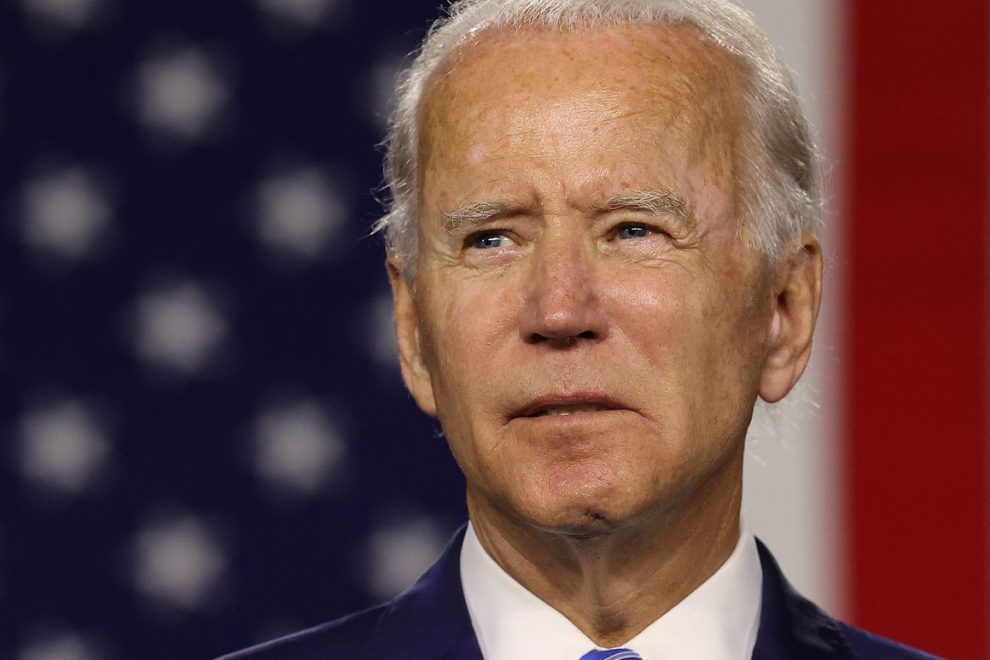 Democratic nominee Joe Biden on Monday blamed President Trump for escalating violence at protests in cities across the country, while condemning the destructive elements of the racial justice demonstrations that he said are counterproductive to the cause.

Speaking from a steel mill in Pittsburgh, Biden laid the blame for the civil unrest in the country squarely on Trump, saying the president has inflamed tensions that have been roiling since the police killing of George Floyd in May.

“This president long ago forfeited any moral leadership in this country,” Biden said. “He can’t stop the violence because for years he’s fomented it.”

The former vice president, under pressure from Trump and some Democrats to address the destructive elements of the protests that have left some cities in ruin, forcefully condemned rioting and looting and pressed for calm.

With 64 days to until the election, the campaigns have become consumed by the debate about racial justice, police reforms, peaceful demonstrations, riots, and which candidate is best equipped to heal the nation’s racial divide while keeping the public safe.

Biden’s speech comes amid a blistering partisan fight over who is to blame for escalating incidents of violence and destruction from protests that have broken out across the country following the police killing of George Floyd and more recently, the shooting of Jacob Blake in Kenosha.

Trump has accused elected officials in Democratic-run cities, such as Portland, Seattle and Kenosha, of allowing criminals to run roughshod and destroy their cities because they’re afraid of standing up to racial justice protesters.

“You know me. You know my heart,” Biden said. You know my story…ask yourself, do I look like a radical socialist with a soft spot for rioters? Really? I want a safe America. Safe from Covid. Safe from crime and looting. Safe from racially motivated crime and violence. Safe from bad cops. Let me be crystal clear – safe from 4 more years of Donald Trump.”

Democrats say Trump has inflamed racial tensions and encouraged his supporters to clash with the protesters, leading to deadly encounters.

Trump will travel to Kenosha this week to highlight how the city has been ravaged by civil unrest and to blame the elected Democratic leaders in the city he says have allowed the chaos to run unchecked through the streets.

Wisconsin Gov. Tony Ever (D) urged Trump not to make the trip in a pointed open letter that said the president’s presence would “hinder our healing.”

“I am concerned your presence will only delay our work to overcome division and move forward together,” Evers wrote.