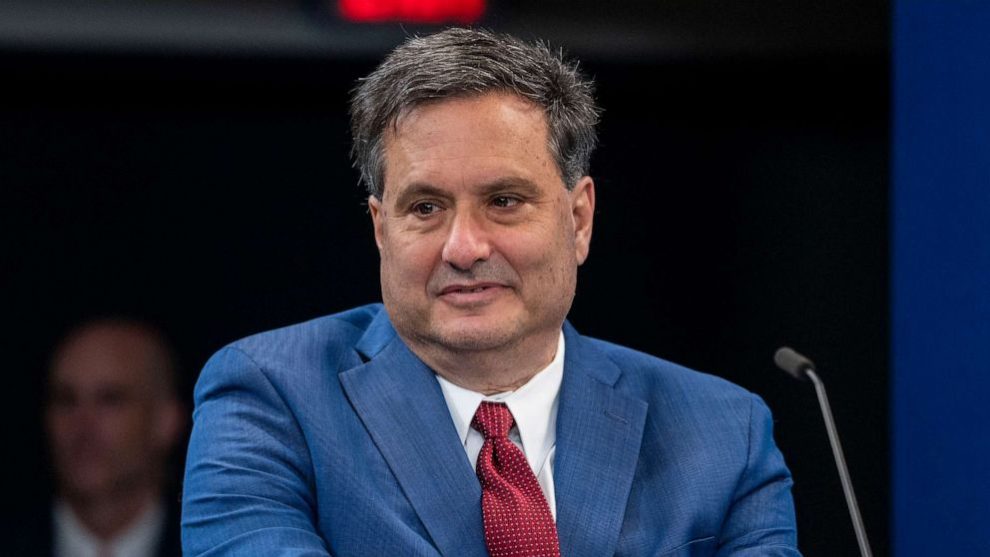 Democrat President Joe Biden’s chief of staff, Ron Klain, will leave his post at the White House in the coming weeks, according to several news reports on Saturday.

Klain, a longtime Biden hand who has served as his chief of staff since the president took office, is expected to leave his position shortly after the upcoming State of the Union address on February 7.

“Ron Klain, the White House chief of staff who has steered President Biden’s administration through two years of triumphs and setbacks, is expected to step down in coming weeks in the most significant changing of the guard since Mr. Biden took office two years ago,” the New York Times’ Katie Rogers and Peter Baker reported Saturday.

“Mr. Klain has been telling colleagues privately since the November midterm elections that after a grueling, nonstop stretch at Mr. Biden’s side going back to the 2020 campaign, he is ready to move on, according to senior administration officials, and a search for a replacement has been underway.”

Since the Times report, both the Washington Post and Politico have published reports confirming the news as well. The Washington Post noted that Klain does not have a specific exit date determined yet, but it will come after the State of the Union address, sometime in the coming weeks.

“He has told colleagues he will stay on through the State of the Union address on Feb. 7 and will assist with the transition to his successor, the people said, requesting anonymity to discuss private conversations,” the Post’s Tyler Pager wrote.

See also  'That 90s Show' Is Everything Wrong With Modern Entertainment

Klain’s role in the White House, viewed as key to negotiating deals with Congress, given his history of having worked with Biden on Capitol Hill, was critical to Democrats’ legislative victories over the last two years. Navigating slim majorities in both chambers until the midterm elections, Klain helped Biden notch passage of an impressive litany of progressive Democrat priorities, including an infrastructure package, a bill pushing through an effort to bring back semiconductor chip manufacturing, the confirmation of a U.S. Supreme Court Justice, and a major Democrat-heavy spending plan at the end of 2022.

While Biden’s initial attempts at major big-picture legislation failed—his original Build Back Better bill did not make it through Congress—with Klain’s help, he broke most of it up into pieces and passed much of Biden’s agenda piecemeal.

Meanwhile, Democrats politically prospered during this timeframe, and while they did lose the House majority to the new Republican majority in the lower chamber, the GOP has an extremely slim margin with which to govern—and Democrats even added a seat to their U.S. Senate majority.

It has not all been good news for Democrats in the time of Klain helming the Biden White House, though. “At the same time, Mr. Klain has presided over a rash of troubles that have drained public support for Mr. Biden,” the Times’ Rogers and Baker wrote. “While unemployment has remained near record lows and job creation was robust, inflation reached its highest rate in 40 years, gas prices shot up to an all-time high, economic growth stalled for a time and illegal immigration at the southwestern border surged to record levels.”

In addition to all of those problems, too, the emerging scandal surrounding Biden’s mishandling of classified documents threatens to severely upend his presidency—and could jeopardize his shot at reelection. Biden is expected to announce his 2024 plans soon and could very well, depending on what happens on the Republican side, end up in a rematch with former President Donald Trump. Trump, currently the only Republican running for president, may or may not face a serious intra-party challenge.

Biden losing Klain, his trusted adviser, could not come at a worse time for him, as he enters a new stage where congressional Republicans emboldened with their new House majority seek to rip him apart politically with investigations—and they are also likely to stall out any major big-picture deals that have been the hallmarks of the last two years.

Who Biden picks to replace Klain when the day comes for Klain to leave could say a lot about the president’s future—and about where things go politically for the nation.

“Among the candidates to succeed Klain are Jeff Zients, who coordinated the administration’s coronavirus response; Anita Dunn, a senior adviser; and Steve Ricchetti, who was Biden’s chief of staff as vice president and now serves as a counselor to Biden,” the Post’s Pager wrote, listing several possible replacements.