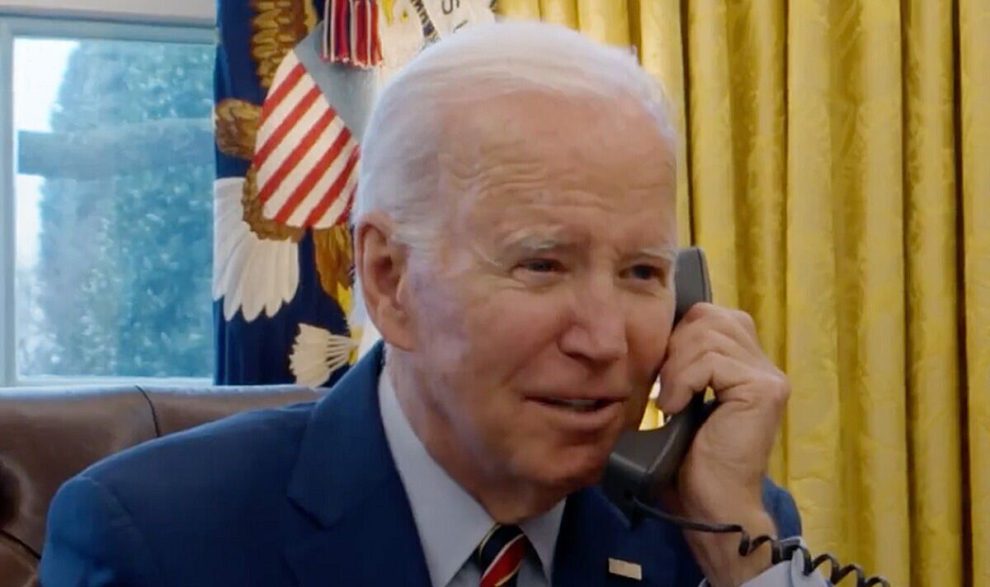 I think it’s fair to say that Joe Biden has a life-long problem with lying.

From his first run for president in 1987 when he had to drop out for lying and plagiarizing until now when he’s constantly making things up. He even claimed he had regular attendance at a black church as a youth during an MLK service on Monday at the Ebenezer Baptist Church and couldn’t get the name of his Supreme Court Justice Ketanji Brown Jackson right.

That of course was nonsense. Indeed, if you look at this video, Biden acts like he’s never been in a black church before. I think at least in the beginning he may think they’re clapping for him. He looks completely lost.

Biden: I grew up in a black church

As we’ve seen, it’s hard to trust anything Joe Biden has to say since he lies so much.

This week, he was trying to sell Americans that somehow he’d managed to help get 10.4 million small businesses started.

Ordered a bacon cheeseburger from a local restaurant yesterday to celebrate over 10 million new small business applications during my presidency.

“Ordered a bacon cheeseburger from a local restaurant yesterday to celebrate over 10 million new small business applications during my presidency,” Biden claimed.

That’s nonsense. He doesn’t explain what “applications” he’s talking about or what the justification for his claim is. But if that number had any reality, it’s probably people restarting careers and businesses after the pandemic. Biden himself has done nothing to help small businesses. If anything, all he has done is hurt businesses with increased regulation, encouraging COVID mandates, and inflation — making everything they need cost more. This takes some kind of nerve to brag about when he’s decimated the economy, driven so many small businesses out of business, and made it harder for people to feed themselves.

“I may’ve caught Brittany off guard,” Biden also said. Ok, now, wait just a minute. He’s saying he caught the employee “off guard,” even though the camera is there in the restaurant with the lighting all set up perfectly for the call. Come on, man! Stop gaslighting us.

He also couldn’t keep the numbers straight, saying 10.4 million on the video and then 10.5 million in a subsequent tweet.

Today, @VP and I ordered our lunch from @GhostburgerDC – one of the 10.5 million small businesses that have applied to start during our Administration.

If you missed the news, ketchup: that’s the most in a two-year period. Ever.

More proof that our economic plan is working. pic.twitter.com/qfqq1L91FE

But this is typical. He’s trying to sell us something that is not true on multiple levels.

By the way, his bacon cheeseburger and french fry lunch was $15.75, with bacon $2.00 and likely more expensive because of Bidenflation. But of course, he can afford the extra cost more than the rest of us can. The rest of us have to deal with all those increased costs. Turns out he sent his help out to get it and then didn’t even leave a tip for the Ghostburger folks.

But he might want to check in with his buddies at the World Economic Forum (WEF), I understand meat is bad for the planet, so Joe and Camel-la just did a naughty thing.

To top it all off, the Washington Post — rather than questioning what nonsense he was claiming — wrote about what a brilliant thing this was that Biden did when all it was was cringeworthy PR for himself.

WashPo wrote 885 words of flattery about the President ordering a burger. Democracy sure does die in the darkness https://t.co/4ysql1kq2J

They wrote Biden didn’t tip but he already gave a “gift” — that phone call to Brittany Spaddy. Uh, yeah. I’m thinking the way that he’s so destroyed the economy, most people would rather have the money.