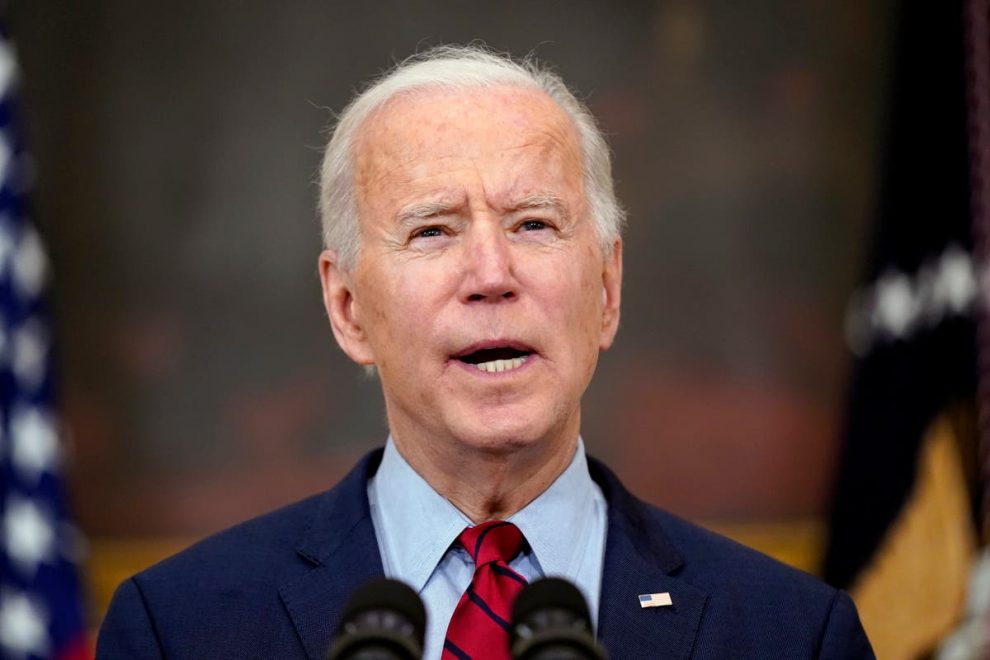 During an interview with ESPN’s Sage Steele on Wednesday, President Joe Biden pushed the need for people to be socially distanced and wear masks ahead of many baseball parks opening their stadiums, specifically calling out the Texas Rangers for opening at full capacity.

ESPN reported, “The Rangers’ Globe Life Field, which can seat 40,300 people, is the only Major League Baseball stadium that will allow 100% crowd capacity on its Opening Day.”

Regarding the Texas Rangers’ choice, Biden said, “Well, that’s a decision they made. I think it’s a mistake,” Biden said. “They should listen to Dr. [Anthony] Fauci, the scientists, and the experts. But I think it’s not responsible.”

Biden was asked about what advice he would give to players who are unsure about getting vaccinated for COVID-19. Biden answered, “I would say I’m President of the United States and I got vaccinated. I don’t have an unimportant job. Would I take the vaccine if I thought it was going to hurt me? We have done incredible research on the vaccines and they have shown that they work. We have to get to the point where enough people have taken the vaccine so we diminish the possibility for it to spread.”

According to ESPN, Biden added that more than 600 million doses of the COVID-19 vaccines — Pfizer, Johnson & Johnson, and Moderna — have been bought by the government and 75% of people who are at least 65 years of age have gotten at least one of them.

“We are moving across the board that way,” Biden said. “That’s going to diminish the prospects of its spread. In terms of it being responsible [for stadiums to open at full capacity] — you see what’s happening in Europe now when they lifted the mandates. I don’t know why we don’t just follow the science and beat this — just flat out beat it. We are going to have enough vaccinations, vaccinators. We’ve opened places. We’re doing everything we can to make it clear to people, ‘Get the vaccine as quickly as you can get it.’ By the end of [April], we’re going to be in a position where everyone can get the vaccine.”

Biden also used the interview to discuss his support for the MLB changing the location of the All-Star Game in July from Atlanta, Georgia, because of the Republican-backed voting legislation that was recently passed in Georgia. 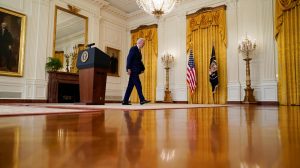 After Outcry, Biden Plans to Lift Refugee Cap in May 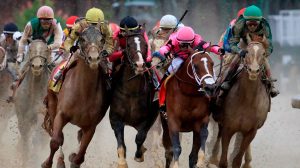 Trump: Kentucky Derby Controversy ‘Emblematic of What Is Happening to Our Country’

Liz Cheney on Trump for 2024: ‘I Think It’s Important That It Not Happen’