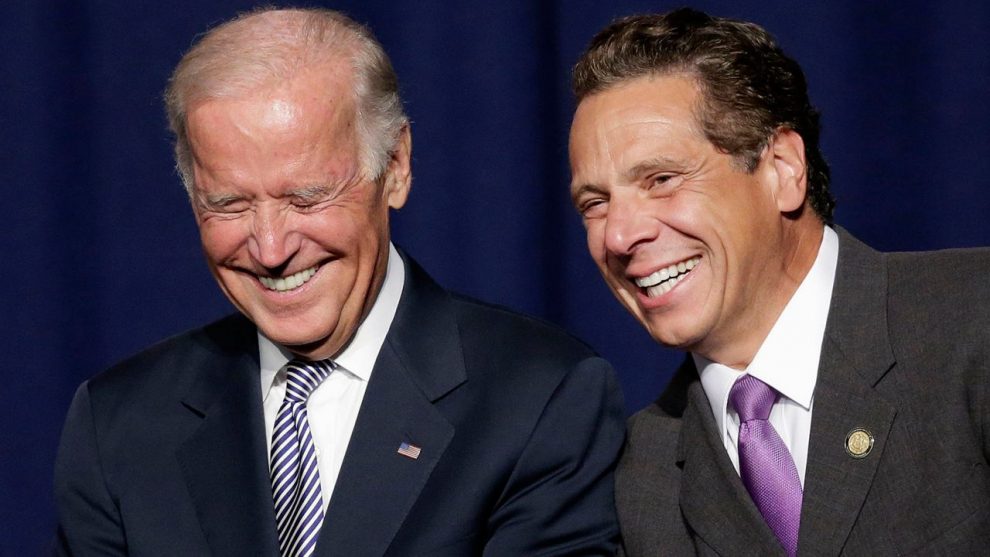 When President Joe Biden said New York Gov. Andrew Cuomo has “done a hell of job” on Tuesday, it wasn’t the first time.

In fact, when he previously made the exact same statement in April, he called Cuomo “the gold standard” for governors for his response to the COVID-19 pandemic.

Biden held a press conference on the infrastructure bill Tuesday in the wake of Cuomo’s announcement he would resign amid sexual harassment allegations that resulted in a report last week from the New York State Attorney General’s Office. One of his accusers has filed a criminal complaint against him.

All the while, Cuomo has also been under fire from critics over his handling of the pandemic, for which he praised himself in a book long before the result of his efforts to fight COVID-19 was ever known — a book for which he had sought a $4 million deal.

The New York Times noted that Cuomo forced nursing homes to take back COVID-19 patients once they had recovered, thus increasing the number of nursing home deaths recorded, according to critics.

The state health department said that while the policy did not increase the number of deaths, it did raise questions about how the state was reporting deaths.

Cuomo admitted undercounting nursing home deaths, saying he feared the Trump administration would use the numbers for political purposes against him.

But in April, the Times found the numbers had been hidden even more than previously known.

On Tuesday, a reporter asked Biden about Cuomo, noting that he is “one of the Democrats through the years that you spoke with about infrastructure the most was Andrew Cuomo who is resigning today. … You called on him to resign. You condemned the behavior. You spend a lot of time with governors and mayors. How would you assess his 10 1/2 years of governor of the state?”