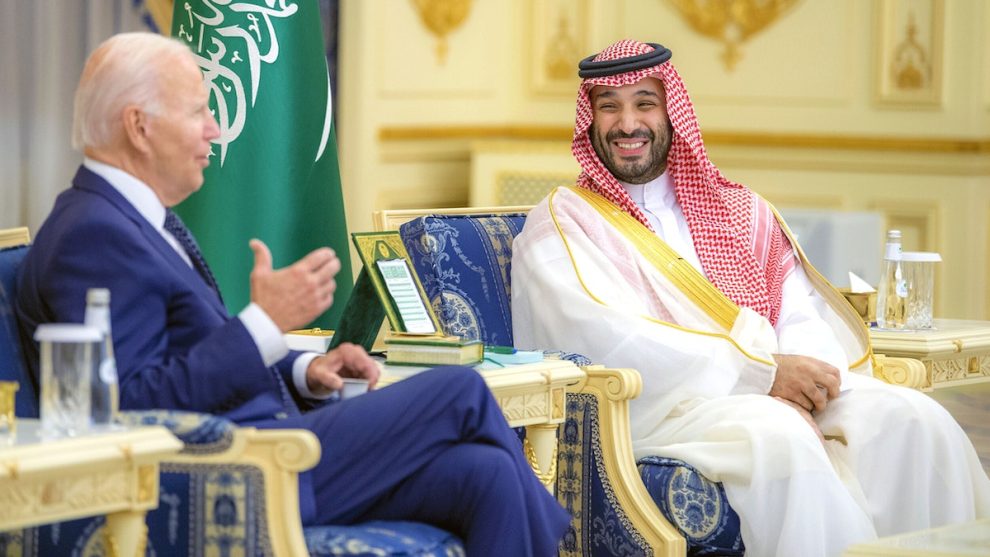 The Biden administration said that MBS’ status holding a high office “allows immunity” in response to a lawsuit filed by Khashoggi’s fiancée and by the rights group he founded, Democracy for the Arab World Now.

“Under common law principles of immunity articulated by the Executive Branch in the exercise of its Constitutional authority over foreign affairs and informed by customary international law, Prime Minister bin Salman as a sitting head of government is immune while in office from the jurisdiction of the United States District Court in this suit,” the letter continued. “In making this immunity determination, the Department of State takes no view on the merits of the present suit and reiterates its unequivocal condemnation of the heinous murder of Jamal Khashoggi.”

The letter concluded by requesting that the U.S. Department of Justice “submit a suggestion of immunity to the district court.”

Biden said in 2019 that he wanted to “make [Saudi Arabia] pay the price and make them, in fact, the pariah that they are” after U.S. intelligence said in a report that they assessed that MBS “approved an operation in Istanbul, Turkey to capture or kill Saudi journalist Jamal Khashoggi.”

Biden claimed over the summer that he confronted the Saudi Crown Prince when he visited the country to ask them to increase oil production but Saudi Arabia pushed back on that claim.

Biden claimed during a press conference that he “raised” Khashoggi’s murder “at the top of the meeting, making it clear what I thought of it at the time and what I think of it now.”

“And it was exactly — I was straightforward and direct in discussing it,” he continued. “I made my view crystal clear. I said very straightforwardly: For an American President to be silent on an issue of human rights, is this consistent with — inconsistent with who we are and who I am? I’ll always stand up for our values.”

Biden later claimed that he told MBS that he “thought” MBS was responsible for the murder and that MBS denied those allegations and that MBS indicated all parties that were involved in the murder were brought to justice.

Adel Al-Jubeir, the Saudi Minister of State for Foreign Affairs, who was in the meeting with Biden and MBS told U.S. journalists that he “didn’t hear” Biden make those remarks to MBS.