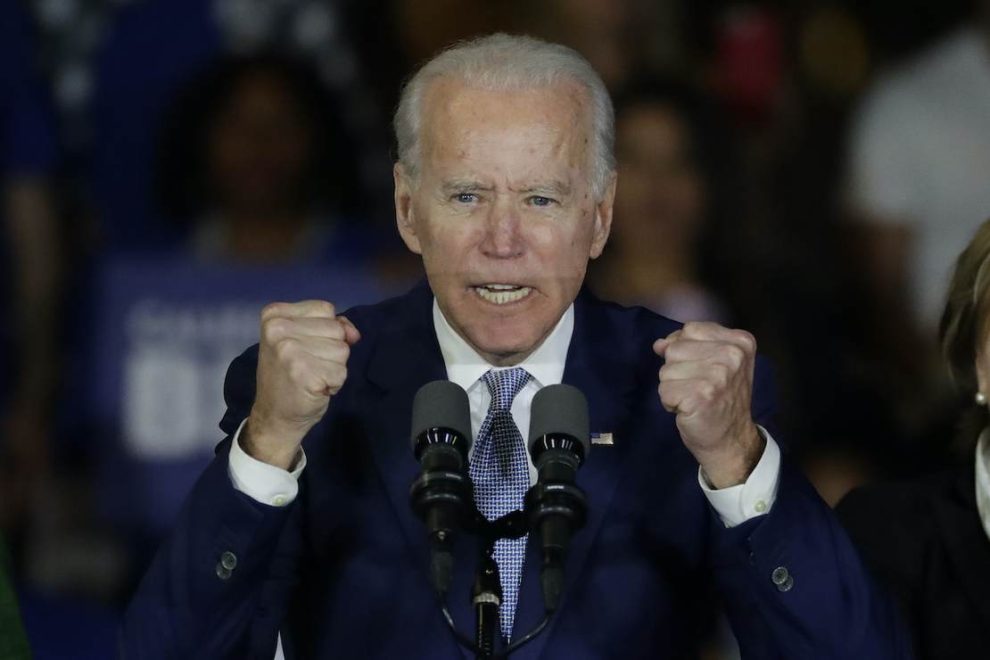 Most Democrats seem to be fleeing from Joe Biden. They don’t want him at their campaign events because he would be an anchor that would sink their efforts.

But that looks pretty bad when he’s supposed to be the “leader” of their party. So, the Democrats set up a rally for him in Maryland on Thursday in a very safe Democratic area, to make him look better. His unpopularity isn’t going to cost him at all there. The audience was promoted by rabid Democratic groups like Planned Parenthood

But speaking in front of a rabid partisan group, Biden was unleashed, attacking Americans who had supported Trump accusing them of being hateful, violent, and endangering democracy.

“It’s not hyperbole now you need to vote to literally save democracy again,” Biden told an above-capacity crowd of several thousand at a Democratic National Committee event at Richard Montgomery High School in a Maryland suburb of Washington.

“Trump and the extreme MAGA Republicans have made their choice – to go backwards full of anger, violence, hate and division,” he said, while Democrats have chosen to be a nation of unity and hope.

Biden made it clear he was not just attacking Trump.

This was worse than a “deplorable” moment, as he said, “I don’t respect these MAGA Republicans.”

Not a good look when you’re saying you don’t respect millions of Americans, that they’re “semi-fascist” as well as violent and hateful. Indeed, it was Biden who was the hateful one in falsely demonizing all those Americans. While the rabid folks on the left in the audience may not have cared, that isn’t going to play well to the rest of America.

No, the high inflation that we didn’t have during the pandemic under President Donald Trump. The inflation was triggered in part by Biden’s excessive spending. And yet he’s still spending even more, with the falsely named Inflation Reduction Act and student debt “forgiveness.”

Biden lied about the Inflation Reduction Act to the crowd — it isn’t going to do anything to reduce inflation.

BIDEN: "If Republicans really cared about reducing inflation, they would've voted for the [Bidenflation Scam]."

FACT CHECK: the Bidenflation Scam will do NOTHING to lower inflation. pic.twitter.com/XCsmbE264J

However, it wouldn’t be a Biden event without his incoherence. Here he is, saying the “very survival of our planet is on the vallot.”

BIDEN: "The very survival of our planet is on the vallot!" pic.twitter.com/pVAkzXbLlP

Vallot, ballot — all the same thing, right? He doesn’t even understand what he’s saying anymore. He’s right that we are in danger — with him in charge.

But then he went over the slide with whatever he was trying to say here, which was just a mess.

BIDEN: "If we elect two more senators, we keep the House in Democrats, we're gonna un, get a lot of unfinished business we gonna get done."

Is he actually saying that if they elect two more senators, it would keep the House in the hands of the Democrats? Whatever this word salad is, it’s just complete confusion.

It’s just wrong to be attacking millions of Americans; but they know better and support his agenda. This is the guy who claimed he was all about unity. But again, as with everything else about Joe Biden — that was just a lie to gain power.