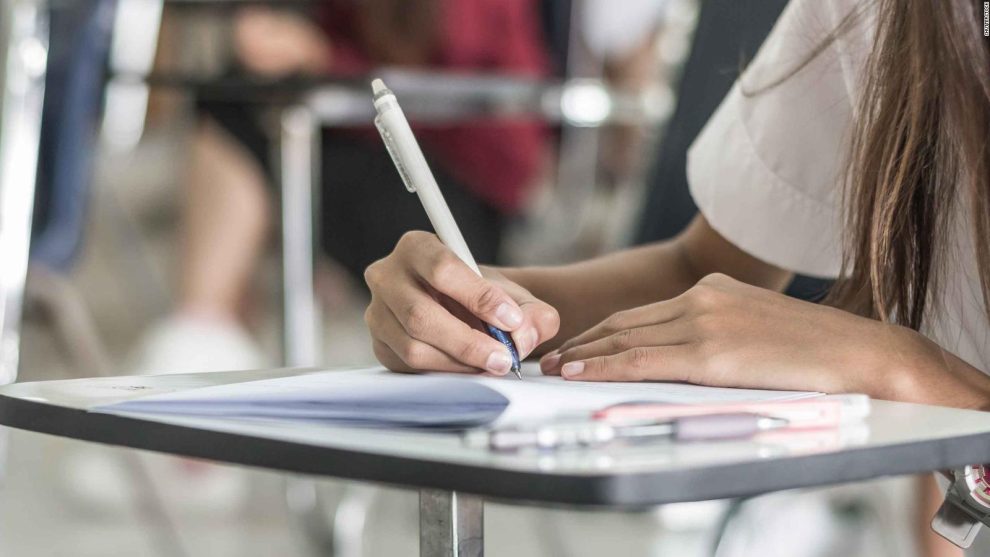 The National Assessment of Educational Progress (NAEP) tested nine-year-old students across the country, comparing their scores from before the pandemic to this year, and found some disturbing results.

Math scores dropped seven points during that period, marking the first-ever decline, while reading scores slipped five points, producing the largest dip in 30 years. The tests were given from January to March in 2020 and 2022.

Peggy G. Carr, commissioner of the National Center for Education Statistics, which administers the tests, told the Washington Post, “It’s clear that covid-19 shocked American education and stunted the academic growth of this age group.”

Did it really? Well, that’s what the White House and Democratic Party are trying to make you believe. But they’re not only trying to blame COVID for the lost school achievement. The Democrats are trotting out their favorite whipping boy, Donald Trump, to take the blame for the low test scores, which were obviously the result of schools being shut.

The Democrats don’t think very much of the American people’s intelligence. They’re counting on everyone to forget that Democratic mayors and radical Democratic teachers’ unions were behind the effort to keep schools closed.

In May of 2021, the most prominent teachers’ union, the American Federation of Teachers, objected when the CDC was preparing to publish guidance to reopen the schools. Incredibly, the Biden administration colluded with the AFT to keep the schools closed. By this time, it had been conclusively shown that children were at extremely low risk of getting seriously ill from COVID. But the teachers wanted to flex their political muscle.

The White House has gone to a full-court press to blame the former president for policies they enthusiastically backed. They sneered at Republicans who warned that closing the schools would keep students back.

And as far as Trump keeping the schools closed, as early as July of 2020, Trump was urging the schools to reopen to in-person instruction. He even threatened to cut funding for schools that remained closed.

But the White House PR machine — which got an advanced view of the terrible test scores — has formulated a PR strategy that includes trying to convince voters that up is down, black is white, and Biden and the Democrats championed opening the schools.

The press secretary said when Biden took office “schools were not open, the economy was shut down, businesses were shut down,” but failed to mention that is because of the president’s own party.

“It shows you how mismanaged the pandemic was and how the impact of that mismanagement had on the kids’ progress and academic well being,” she said, adding that “every Republican in Congress” voted against the American Rescue Plan and the administration had to “do this on our own.”

Education Secretary Miguel Cardona chimed in with his part of the coordinated PR campaign. “Today’s data confirm the significant impact the prior Administration’s mismanagement of the pandemic has had on our children’s progress and academic wellbeing. That’s why President Biden, from Day One of his Administration, pushed so hard to get schools reopened and students back into classrooms,” he said in a statement.

But most of us remember when the Democrats were using school closings as a way to attack Trump.

Meanwhile the Democratic National Committee ran an ad in July 2020 attacking former president Donald Trump for being “desperate to reopen schools because he thinks it will save his reelection.”

The ad accused Trump of “ignoring how the virus spreads and risking teachers’ and parents’ lives” and “going against the advice of experts.”

“Do you trust him to do what’s best for our children because this is not a test,” the ad asked. “Trump is failing.”

The White House knows that all of this history showing it was Democrats wanting to keep the schools closed while Trump and the Republicans wanted them to reopen is out there. But in one of the most brazenly cynical political efforts in recent memory, they believe they can change history simply by changing the narrative. They’re saying history is what they say it is and they’re daring the national media, the fact-checkers, and Republicans to correct them.

Meanwhile, the people who kept kids at home and created an academic nightmare, a Stolen Year that can never be retrieved, get a pass.

Those school closures were a mistake, and the people in charge knew or should have known it at the time. The damage to students (academic, emotional, and social) was obvious to every parent after the three-month closure in early 2020. Children’s relative safety in the face of the virus was also well-known by the fall of 2020.

The people who nonetheless closed the schools bear full blame for the lasting harm they have done to children. All of them should lose their jobs.

Amen to that. And those who lose their jobs should include Democratic politicians who enabled this crime against children.