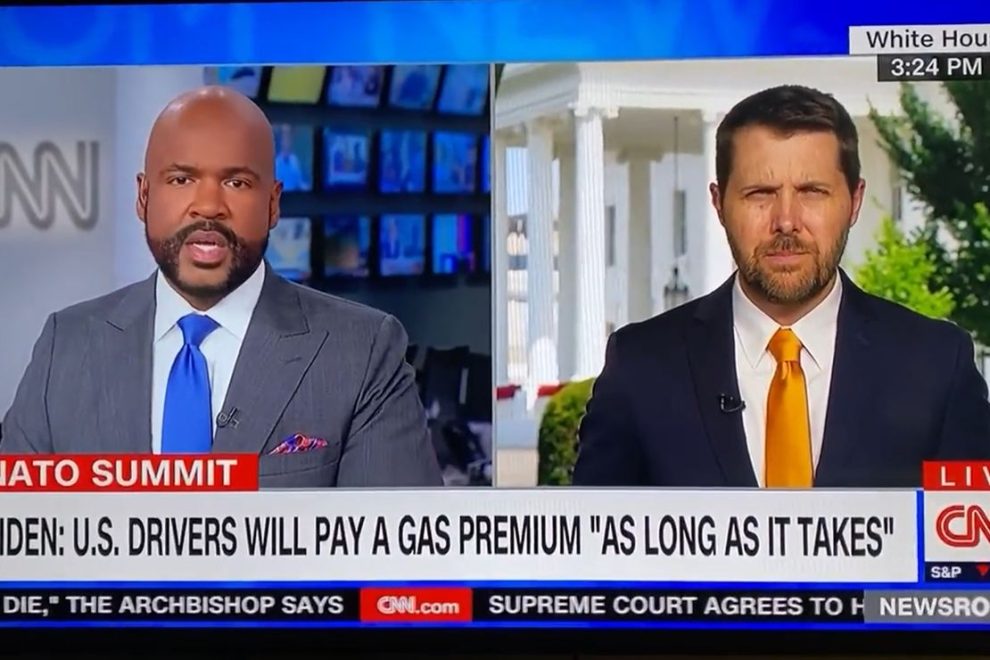 Does Joe Biden care about struggling Americans who are watching their paychecks disappear at the pump?

On CNN, such a question was put to Biden advisor Brian Deese.

Brian’s answer wasn’t exactly reassuring. In fact, one might call it terrifying.

Anchor Victor Blackwell spoke for a lot of Americans when he asked about punishing gas prices amid unmerciful inflation:

“What do you say to those families who say, ‘Listen, we can’t afford to pay $4.85 a gallon for months, if not years. This is just not sustainable’?”

According to Brian, you’ll have to grin and bear it. There are more important things than your family’s needs:

“Well, what you heard from the President today was a clear articulation of the stakes. This is about the future of the Liberal World Order, and we have to stand firm.”

CNN asks WH's Brian Deese what he'd tell Americans who can't afford to pay high gas prices for months/years if military analysts project the Russia-Ukraine war to go so long
Notes progress but also: "this is about the future of the liberal world order and we have to stand firm" pic.twitter.com/vlY2I5v2Xs

If I’m not mistaken, that sounds like a Revelation-level evil rendition of “Let them eat cake.”

Is this the directive running our country? Is this the principle in practice by those in charge? Joe Biden doesn’t work for the “Liberal World Order.” At least, that isn’t his job. And he wasn’t sworn in to protect such a thing.

As you may recall, it’s not the first time we’ve heard the phrase.

From Newsweek, four months ago:

Claims about the existence and implementation of a “New World Order” have spread online after President Joe Biden used the phrase in a speech.

While the phrase “new world order” is generally used to denote a significant geopolitical change, it can also designate a conspiracy theory that stipulates a secretive globalist authority is seeking to control the world under a totalitarian regime and strip sovereign countries and its citizens of their freedom.

During his speech about “opportunities to make some real changes” in how the world views matters in Ukraine, Joe shared this:

“As one of the top military people said to me in a secure meeting the other day, 60 million people died between 1900 and 1946. And since then, we’ve established a Liberal World Order, and that hadn’t happened in a long while. A lot of people dying, but nowhere near the chaos.

“And now is a time when things are shifting. There’s going to be a New World Order out there, and we’ve got to lead it. And we’ve got to unite the rest of the free world in doing it.”

Does that sound like fuel for conspiracy theorists, or does it sound like a country in dire need of redirection? Does Brian Deese’s defense of fuel you can scarcely afford sound like something to ignore in lieu of being needlessly alarmed, or does it strike you as a Code Red?

We’re in the red. In multiple ways.

But the midterms are upcoming. We’ll see where the state of the Liberal World Order is then.