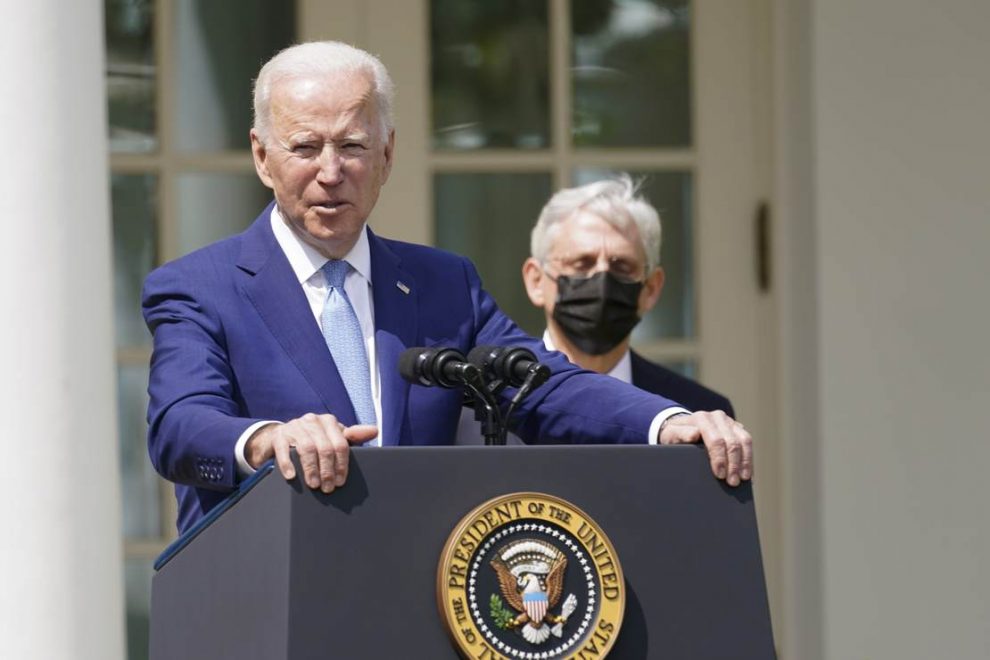 The letter, from the nonprofit organization America First Legal (AFL) to the United States Inspector General, claims, “In light of the Attorney General’s Memorandum of October 4, 2021, it appears the Department of Justice is committing the full weight of its federal law enforcement resources to prevent parents from exercising constitutionally-protected rights and privileges, for inappropriate partisan purposes.”

The AFL says it’s an inside job by “key Biden Administration stakeholders, including the National Education Association, the American Federation of Teachers, and others, have combined to oppress, threaten, and intimidate parents to chill and prevent them from exercising the rights or privileges secured by the Constitution. To date these efforts, though extensive, have generally proven ineffectual.”

And it wasn’t just any insiders. AFL believes high-ranking officials in the Biden White House staff and the Department of Justice (DOJ) have been meeting since early September to collude not only in the writing of Attorney General Garland’s memorandum but to “develop a plan to use a letter from an outside group as pretext for federal action to chill, deter, and discourage parents from exercising their constitutional rights and privileges.”

In other words, AFL says the Biden administration was in on the unconstitutional effort to mitigate the “political impact of parent mobilization [at school board meetings] and organization around school issues [like CRT and mask mandates] in the upcoming midterm elections” all along. And who was that “outside group”? The good old National School Board Association (NSBA). Remember them and their September 29 letter calling America’s concerned parents “domestic terrorists”? I wrote about them here.

So now we know why we had never heard of the NSBA before because during the White House and the DOJ meetings they planned to send the letter not from “the usual suspects,” meaning the leftist teachers’ unions, but from the NSBA, which is supposed to represent America’s parents. And now the AFL suggests that the short time for the AG’s memorandum to be written and made public after the NSBA’s letter was sent to Biden is suspect as well:

The short time frame between the September 29 letter and the Attorney General’s Memorandum suggests that either the entire matter was precoordinated and the September 29 but pretext, or that the normal clearance process and standard order both within the department (including legal sufficiency review by the Office of Legal Counsel, the Civil Rights Division, the Criminal Division, the Office of Legal Policy, and other components), and between the department and the White House Counsel’s Office and the Office of Management and Budget, were bypassed or corrupted.

But wait, there’s more. According to AFL, the Biden administration didn’t stop at intimidating American citizens—it taught those same officials how to skirt the law to further implement the very school issues parents are concerned about:

On October 5, there was a follow-up call involving, inter alia, the White House Counsel’s Office, [a Biden political appointee in the Civil Rights Division], and many other Biden Administration political and career officials.

The briefing included how to talk about “equity” initiatives, avoid liability for violating discrimination laws, and hide “equity” measures, initiatives, and action from Freedom of Information Act disclosure.

Clearly, the NSBA letter and the AG’s memorandum were fishy from the get-go and it’s not yet clear exactly who was involved, but if standard processes and legal practices were broken by the Biden administration in order to weaponize the federal government to intimidate and silence American citizens in the name of politics, there needs to be an immediate investigation to hold all participants to account—and that includes The Big Guy.

Let’s hope there’s at least one trustworthy Inspector General left at the Department of Justice who will take up this case. America is looking at you, Michael E. Horowitz.