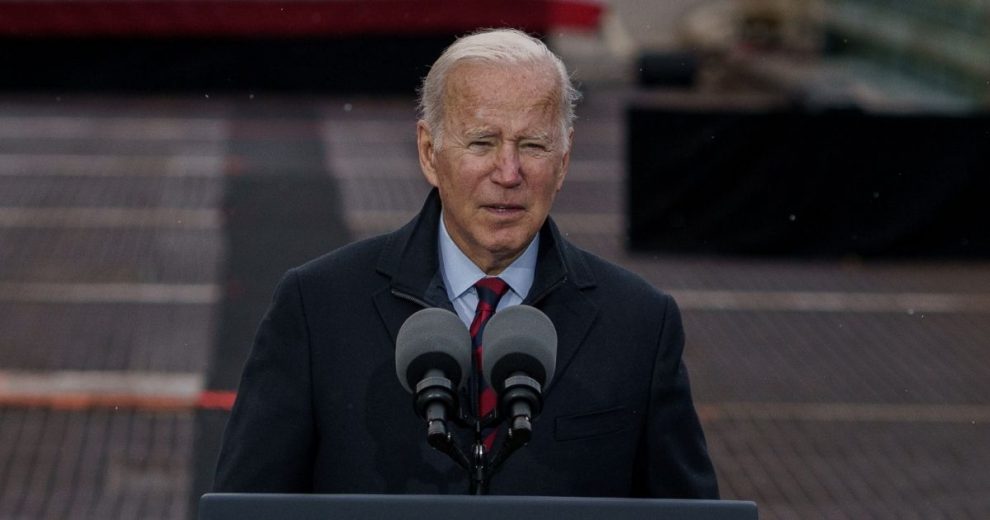 Politico calls the coming avalanche of bad economic news a “Category 5 storm.” Indeed, the Biden administration may want to dig a hole and hide while Biden goes to his summer home in Delaware, given the depressing numbers that will come out of Washington this coming week.

Consumer confidence numbers (which currently stink) hit on Tuesday. A Federal Reserve meeting and decision on interest rates, coupled with a press conference from Fed Chair Jerome Powell, follows up on Wednesday.

The first reading on second quarter economic growth drops on Thursday. And the latest numbers on our vexing run of historically high consumer price inflation close out the monster run of data on Friday. In a note to clients today, analysts at Deutsche Bank suggested the flood of information will “leave you breathless.”

For the White House, hope springs eternal. The administration has been touting the dropping price of a gallon of gas this month as if they’re reading the entrails of a newt and discovering that “prosperity is just around the corner,” as Herbert Hoover claimed right before the bottom dropped out of the economy.

But what are those newt entrails really telling us?

What matters now, both politically and economically, is the direction things are headed. Are we tipping toward a significant and painful recession? Or does the recent decline in gas prices portend more relief to come for strapped consumers who have helped turn this into one of the most hated economies in recent history? We should know a lot more about the answers by this time next week.

More important for the political future are the numbers coming out on Thursday. If the GDP is in negative growth territory, no amount of spin by the administration or Democrats will avoid the conclusion that the nation is officially in a recession.

The most politically radioactive number comes Thursday with the first look at gross domestic product growth in the second quarter of the year. It will likely show a decline in the size of the economy of around 1 to 2 percent. That will follow a first quarter decline of 1.6 percent. This isn’t a lock. The number could surprise us and come in flat or even marginally higher.

But should it go negative, as most economists expect, Republicans will race to declare that the “Biden Recession” is now officially underway. In fact, they will probably scream it across cable television, social media and campaign ads in every closely contested 2022 contest.

Indeed, there are other factors that determine whether the nation is in a recession. Unemployment remains historically low — for the time being — and job openings remain plentiful. But how long can Biden blame “supply chain problems” and “Putin’s price increases” on anyone but himself? He’s had 18 months to address these problems and has failed to do so.