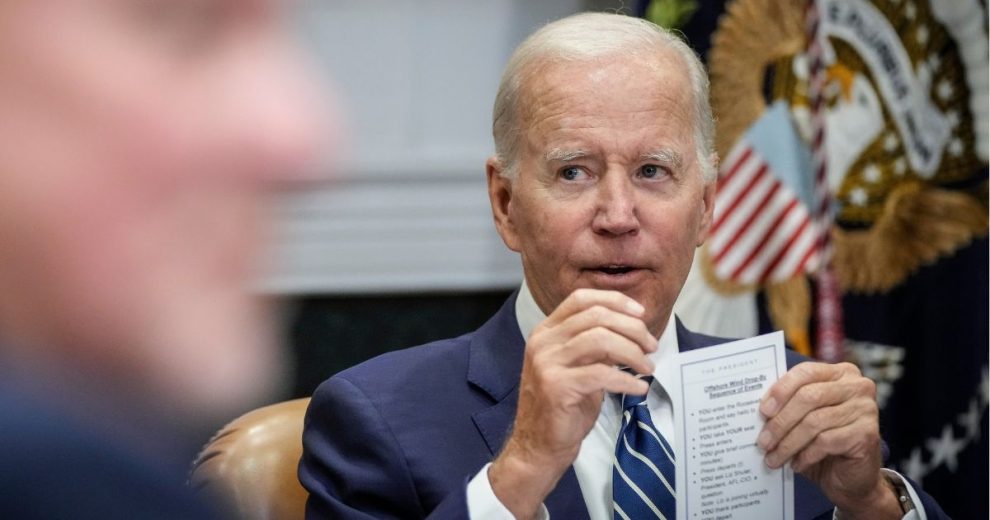 With Twitter under new ownership, it looks like progressives and Democrats could be finally receiving a taste of their own medicine.

The White House bragged about reduced unemployment claims since President Joe Biden took office, pointing out that they had declined from 18.8 million to 1.4 million over the course of his presidency.

The tweet made no reference to unemployment stemming from coronavirus, and the “Community Note” that was inserted made that important distinction.

This isn’t the first time that Biden has been placed on the receiving end of a “community notes” disclaimer since Elon Musk became Twitter’s new owner.

Biden’s official presidential account was hit with a community note in October, just after Musk’s takeover, with a disclaimer setting the record straight on the tax ramifications of Biden’s Inflation Reduction Act.

Let me give you the facts.

My Inflation Reduction Act puts an end to this.

That notice made it clear that Biden significantly overstated the number of large corporations that would incur new tax liability because of the law.

These notices were almost exclusively applied to Republicans before Twitter’s change in ownership.

There’s definitely something to be said for allowing the reader, rather than an “official” third party, to gauge the accuracy of social media posts from government officials and powerful individuals.

But the left has no grounds to object after devising the internet censorship regime previously used at Twitter.

Perhaps the premise of a fair playing field will be enough to get Democrats to pick up their ball and go home.

In a post-midterm news conference, Biden suggested that the federal government was keenly watching Musk, while declining to accuse him of wrongdoing.