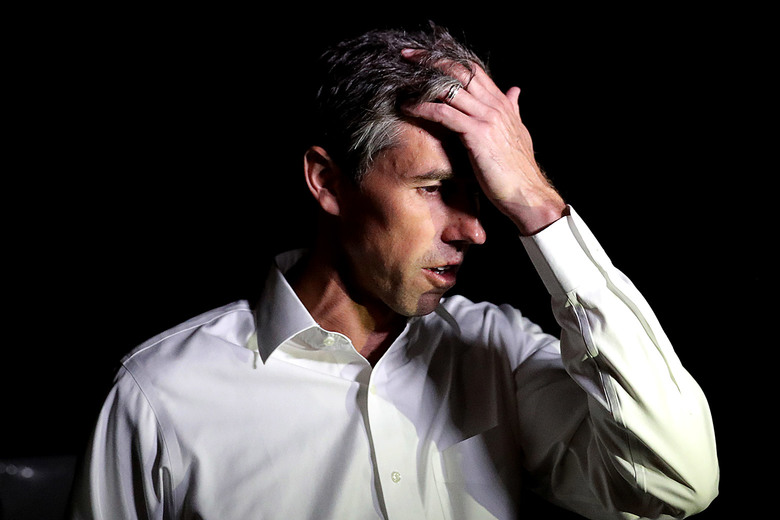 Presidential hopeful Beto O’Rourke acknowledged during a campaign stop Friday that he was once part of a hacking group, but did not say whether he regrets his involvement.

“It was something that I was a part of when I was a teenager in El Paso a long, long time ago,” O’Rourke said, one day after announcing he was running for president in 2020.

The Texas Democrat was a member of the Cult of the Dead Cow, called the CDC, one of the oldest groups of hackers in the United States, according to a Reuters investigation. The CDC is known for coining the phrase “hacktivism,” and releasing tools that allow less tech-savvy users to hack Windows computers.

O’Rourke, 46, was a member of the group in the 1980s. He’s been involved in tech since: he co-founded the Stanton Street Technology Group, a web design company in El Paso.

“I haven’t seen the piece,” he said, declining to say whether he regrets his involvement in the group.

The Reuters piece also detailed some of O’Rourke’s posts on the CDC bulletin boards under the name ‘Psychedellic Warlord’, which included a fictional story he wrote at 15 of children being run over by a car.

The story details a first-person account of a troubled individual driving home and noticing two children crossing the street. O’Rourke includes details, such as the pressing of the gas pedal and the sounds of the children crying after the car hits them. He characterized mowing down the children as an “act of love” and “simply ecstasy.”

“I was so fascinated for a moment, that when after I had stopped my vehicle, I just sat in a daze, sweet visions filling my head,” O’Rourke wrote, according to Reuters.

The article also describes how his involvement in the group lead to political engagement later in life: he helped get women involved in the hacking group and argued with neo-Nazis on the group’s bulletin board.

Reuters reported: “There is no indication that O’Rourke ever engaged in the edgiest sorts of hacking activity, such as breaking into computers or writing code that enabled others to do so.”

O’Rourke characterized his involvement in the group as a right of passage for teens during the 1980s. Reuters reported that members looked for ways to play video games for free, use computer skills to go around the high price of using the Web and share profane stories that conservative parents wouldn’t approve of.

“When Dad bought an Apple IIe and a 300-baud modem and I started to get on boards, it was the Facebook of its day,” O’Rourke told Reuters “You just wanted to be part of a community.”

Those in the hacking group kept O’Rourke’s participation a secret for years, according to Reuters. Some members have helped with political campaigning, including during his failed Senate race against Republican Ted Cruz.