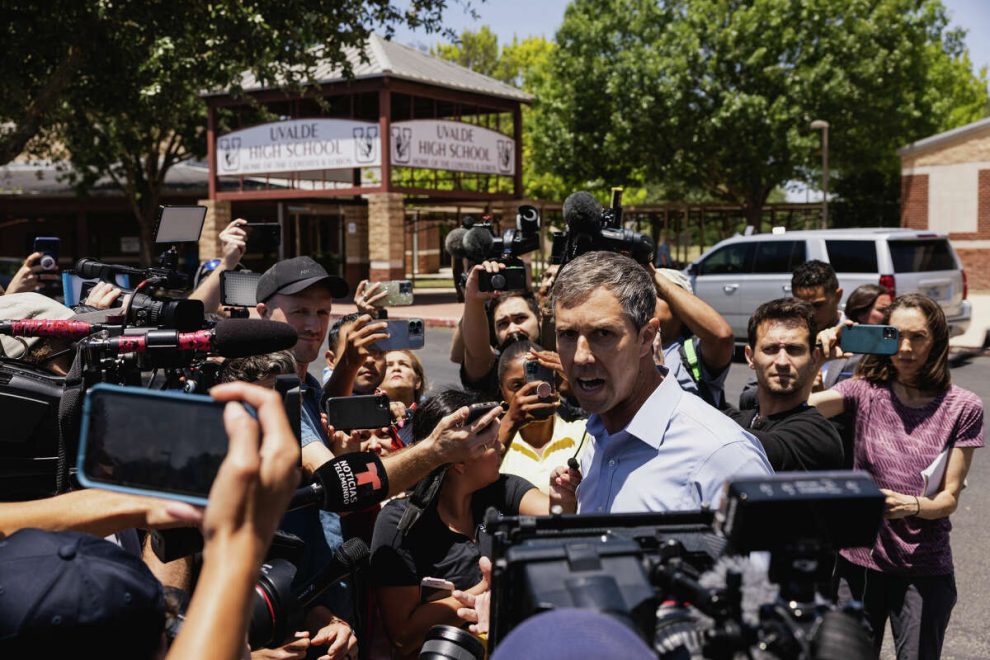 Beto O’Rourke disrupted a press conference in Uvalde, Texas, on Wednesday in which state and local leaders responded to the tragic mass shooting at Robb Elementary School.

… Only "forewarning" of event, per Abbott, were three real-time Facebook posts (not really a forewarning given timing):

The mayor of Uvalde responded to O’Rourke, rejecting his politicization of the tragedy in pursuit of a campaign soundbite.

Sen. Ted Cruz rebuked the candidate, who staged the disruption before Lt. Gov Dan Patrick spoke on the state’s response.

The mayor quickly ran out of patience.

“I can’t believe that you’re a sick son of a b**** that would come to a deal like this to make a political issue.”

At the press conference, Gov. Abbott and other elected officials announced plans to revise the state’s mental health policies in order to prevent tragedies such as the Uvalde school shooting.

Police eventually escorted O’Rourke out of the Uvalde auditorium, removing him from the press conference.

The mayor responded again when O’Rourke blamed Abbott for the shooting, claiming that the school shooting was “on you.”

Beto has championed gun control throughout his political career, famously bragging of his support for mass gun confiscation as a 2020 presidential candidate.

“There are family members who are crying as we speak … There’s no words that anybody shouting can come up here and do anything to heal those broken hearts.”

Nineteen students and two teachers were killed in the Robb Elementary School shooting. The gunman was neutralized by a team of Border Patrol agents who arrived at the scene following a request from local law enforcement.