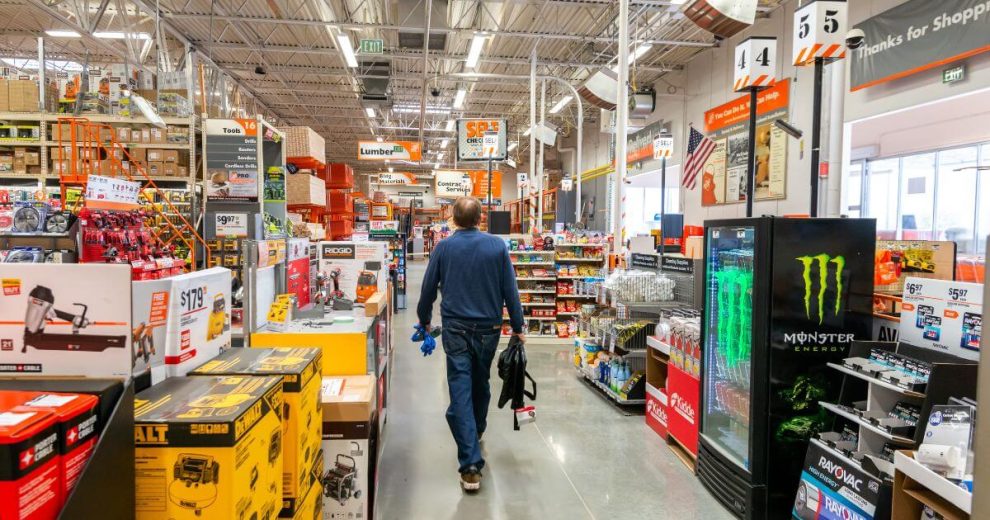 With the peak gift-giving season of the year just around the corner, big box retailers are responding to increases in product theft with fewer items on the shelf and more stored under lock and key, The Wall Street Journal reported Tuesday.

A Best Buy store in suburban Houston served as an example of this phenomenon with “hundreds of items” stored away from customers’ hands and signage in the aisles replacing the products, which were previously secured through anti-theft devices such as plastic product cases or security wire wraps, the report said.

The new signs inform customers, “This product kept in secured location,” and direct shoppers to locate an employee to assist them.

Gary Pearce, a frequent Best Buy shopper, told the Wall Street Journal, “There used to be a lot more on the floor itself than locked up in cages.”

In January, CNN reported on a major spike in shoplifting and the “emergence of coordinated and organized robberies at high-value stores.”

News reports and social media have reported widely on the trend as highlighted in a May compilation video from The Daily Caller that prominently featured incidents at Best Buy locations.

Best Buy CEO Corie Barry said during a call with analysts in November that the Minnesota-based retailer had seen a large jump in theft at its stores, with some involving assailants armed with a gun or a crowbar.

“This is traumatizing for our associates and is unacceptable,” she said, according to Chain Store Age. “We are doing everything we can to try to create … as safe as possible environments.”

Barry said her company was implementing several tactics in stores to reduce shoplifting and protect customers and employees. Those included locking up additional products and hiring in-store security where appropriate.

The Home Depot has responded in a similar way.

“It’s a triage-type scenario. It’s stop the bleeding and give yourself some time,” Scott Glenn, vice president of asset protection for the retailer, told the Wall Street Journal.

Glenn said theft attempts at Home Depot locations have continued to increase, leading to more items being put out of customers’ reach.

Shoppers aren’t pleased when confronted with items being locked up, he said, and the company tries to avoid it.

But Glenn said once a high-theft item is secured, the sales typically go up rather than down given that the store is able to more consistently keep the item in stock.

Simply put, he explained, at stores where Home Depot has introduced theft deterrents, loss to theft has been reduced.

Damien Harmon, executive vice president of omnichannel for Best Buy, told the Wall Street Journal that once an item is placed in lockup, the company monitors the sales trends — and it typically doesn’t receive many comments regarding the change.

He said store inventories are being managed differently than they have been in the past, with fewer products on the floor in part because more purchases occur online.

Since the product goes directly to the customer, this has the added benefit of reducing theft as well, Glenn said. A Best Buy spokeswoman said the company’s internal customer experience scores for its stores were at a 15-year high.

Flickinger added, “We’ve talked to retailers across America who say shoplifting is now 2% to 3% of their total sales. That’s up from 0.7 to 1% pre-pandemic.”