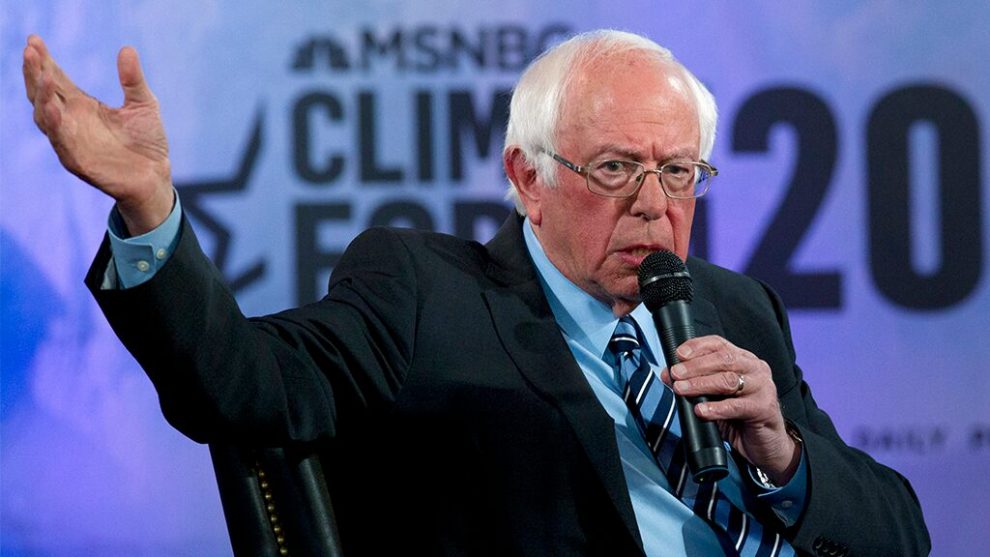 Mandatory gun buybacks are unconstitutional and could give the federal government broad power to impose their will on law-abiding citizens, said 2020 presidential hopeful Sen. Bernie Sanders, I-Vt., on Sunday.

Sanders was taking questions at a green jobs town hall in Charles City, Iowa, when he was asked for his opinion on mandatory buybacks of AR15s and AK47s.

“I don’t support — a mandatory buyback is essentially confiscation, which I think is unconstitutional,” he replied. “It means that I am going to walk into your house and take something whether you like it or not. I don’t think that stands up to constitutional scrutiny.”

Former fellow 2020 candidate Beto O’Rourke was an outspoken advocate of mandatory gun buybacks for assault-style weapons and made it a centerpiece of his campaign.

In September at the New Hampshire Democratic Party convention, O’Rourke called for mandatory buybacks, red flag laws, and a national registry, all in the same speech.

Twitter
See also  Joe Biden Vows to “Ban Assault Weapons” in the US
→ What are your thoughts? ←
Scroll down to leave a comment: