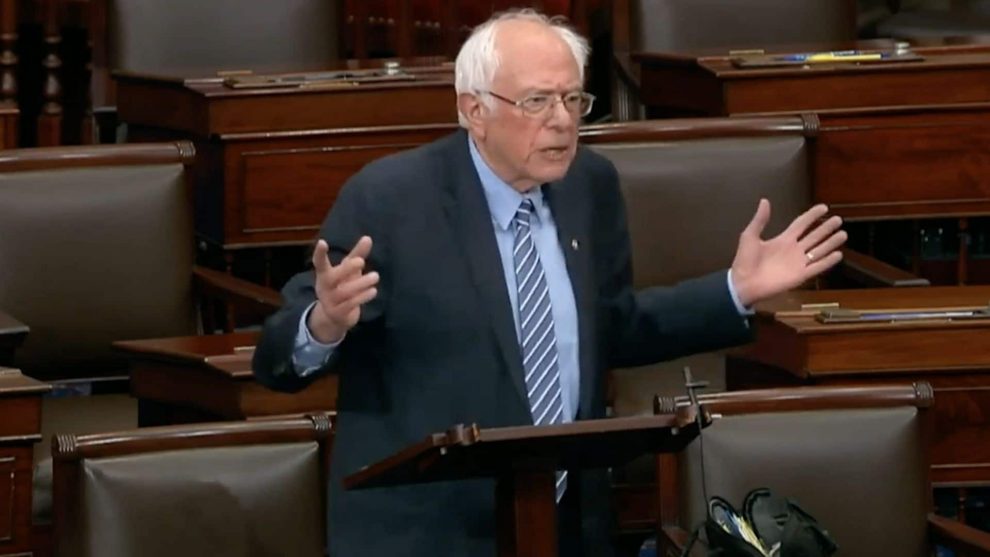 Senator Bernie Sanders made an appearance on Monday where he admitted that Democrats were the party responsible for withholding coronavirus relief, FOX News reported.

Speaking to Jake Tapper, the independent senator from Vermont who caucuses with the Democrats replied “that’s right” to Tapper when he mentioned that the Democrats rejected a coronavirus relief bill which was significantly larger than current Democrat proposals. Pelosi admitted on Friday that she and the Democrats held up the relief for political reasons as well.

Now Democrats are getting behind a significantly smaller, $908 billion relief proposal. While the bill includes an extra $180 in unemployment relief, $300 billion for small businesses, and $240 for state and local governments, the bill notably excludes a second stimulus check, which was included in the original Republican proposal from October. Under the Republican proposal, all Americans were to receive a $1,200 stimulus check as well as an extra $500 per child.

“What we need is a compromise. I know I can’t get everything that I want. But this bill really is not a compromise,” Sanders complained. “Democrats talked about over $3 trillion in new money to help working families in this country, so I don’t think this is much of a compromise. I think we have got to do a lot better and negotiate a lot harder.”

The US deficit in 2020 measured to $3.1 trillion, the highest in the nation’s history, as a result of the economic slowdown caused by coronavirus and the money spent on recovery. The US debt has now reached $27 trillion.