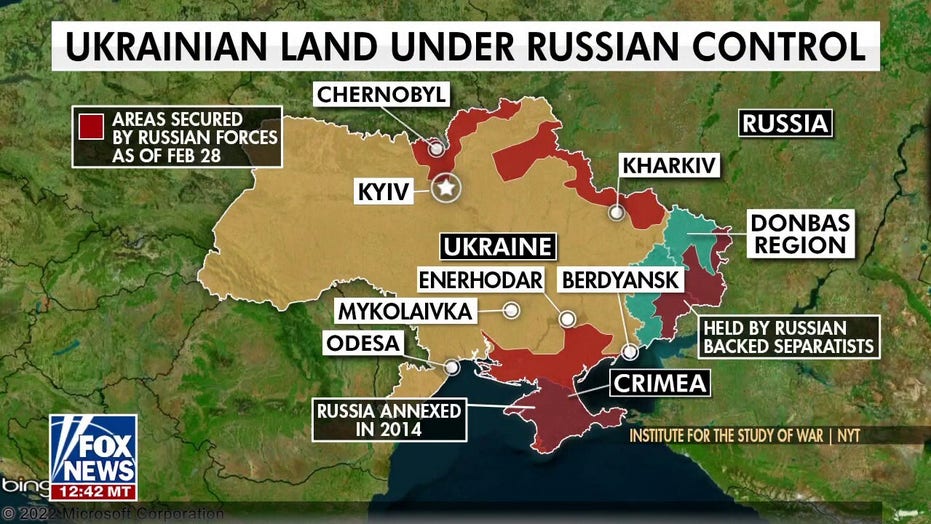 Belarus’ President Alexander Lukashenko appeared to stand in front of a map that shows plans to invade Transnistria, a breakaway state in Moldova, during a meeting that was broadcast in the country, according to reports.

Lukashenko is an ally of Russian President Vladimir Putin, and allowed Putin to place Russian troops on the border between Belarus and Ukraine before the invasion ostensibly for joint military exercises, according to The Hill.

Belarus is also reportedly poised to send troops into Ukraine to aid the Russians.

The map appeared to show troop movements, some of which had already happened and some that had not, including the attack on Transnistria, an area controlled by pro-Russian separatists, from Odessa, Ukraine. The Russian military already has a presence there.

The Moldovan government hasn’t exercised any authority in the region since 1992 but it’s internationally recognized as part of Moldova, according to The Hill.

Moldova’s government has welcomed tens of thousands of Ukrainian refugees since Russia invaded.

See also  Migrants Tire of Waiting for Title 42’s End, Surge Across Border into Texas
→ What are your thoughts? ←
Scroll down to leave a comment: