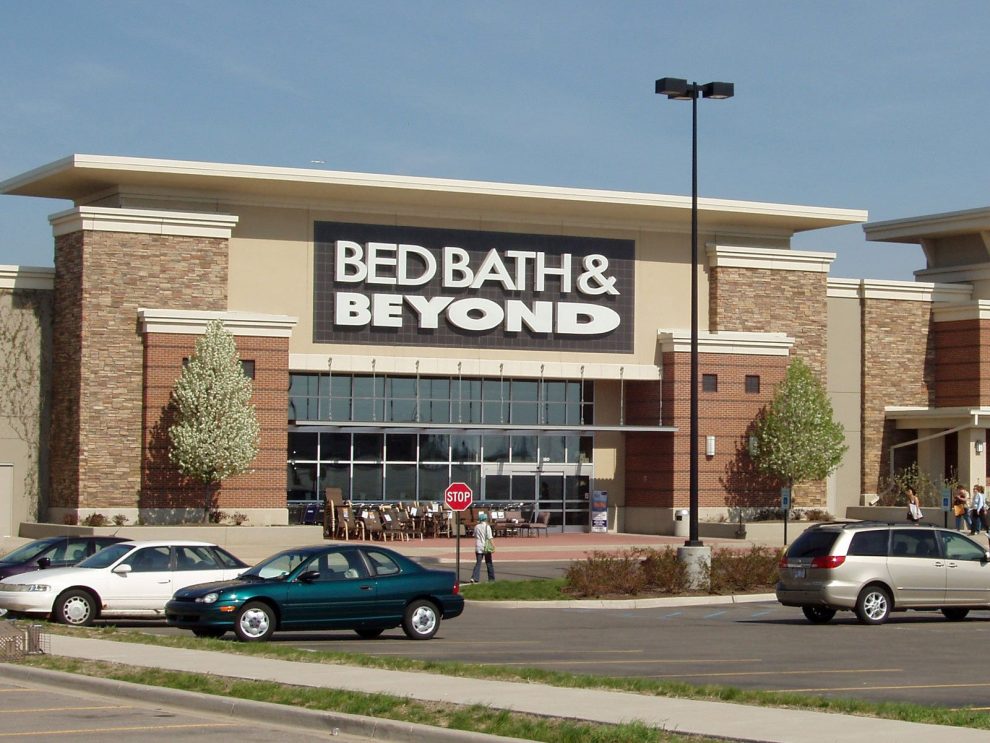 “Go woke, go broke” is the slogan that keeps on giving. The latest installment of woke, politically active retailers now facing financial ruin in the form of shuttering stores and mass layoffs is none other than conservative-hating Bed Bath & Beyond.

According to CNBC, the retailer announced this week that it will close down 150 namesake stores, as well as plans to hand out pink slips to a whopping 20% of its workforce, mostly in the supply chain and corporate sectors of the business. The moves were announced ahead of an expected investor update on Wednesday in the company’s seemingly desperate bid to stay afloat.

As you’ll recall, BBB made headlines in early 2021 after it was confirmed by MyPillow CEO Mike Lindell that the retailer had canceled his legendary MyPillow line at the same time he was involved with conservative activism on behalf of former President Donald Trump, specifically working on issues related to election fraud claims.

At the time, Business Insider reported:

Bed Bath & Beyond has cut ties with My Pillow, the pillow manufacturing company founded by Trump supporter Mike Lindell, the retailer confirmed to Insider.

The move to cancel MyPillow from being sold in Bed Bath & Beyond stores was significant because, at the time, it was the largest national retailer that stocked Lindell’s famous pillow and bed products. Lindell took the decision in stride and would eventually receive significant support from countless high-profile conservative influencers, which undoubtedly kept his brand alive and thriving.

As it turns out, going woke and instantly alienating roughly half of a company’s customer base, at a time when brick & mortar retailers are barely staying afloat thanks to the pandemic and an unprecedented rise in online shopping, isn’t the brightest business move.

Bed Bath & Beyond, after being on the receiving end of intense social media backlash, including successful conservative-led boycotts of the company, claimed that it only canceled MyPillow due to a decreased demand for the product. They wanted us to believe that the timing — when Lindell was defending Trump after the Capitol protests and questionable election results — was merely coincidental and not related to the decision to cancel Lindell’s successful product line. Got it.

“As previously announced, we have been rationalizing our assortment to discontinue a number of underperforming items and brands. This includes the My Pillow product line,” a BBB spokesperson told Business Insider in January 2021. “Our decisions are data-driven, customer-inspired, and are delivering substantial growth in our key destination categories.”

Fast-forward to the present, and the former home goods giant is on the verge of financial collapse. In addition to the layoffs and closures, it was also forced to secure some $375 million in loans through Sixth Street Partners, a retailer-friendly lender. Bed Bath & Beyond also said it was prepared to sell off an undisclosed number of stock shares, which sent the share price straight to the gutter Wednesday in premarket trading.

I love this! Bed Bath & Beyond canceled Mike Lindell and now the market is cancelling them https://t.co/Ogz3lFdO82

Notably, former CEO Mark Tritton, who was at the helm during the company’s woke phase, was ousted a few months ago, along with Chief Merchandising Officer Joe Hartsig.

In a Wednesday press release from the company, Sue Gove, Director & Interim Chief Executive Officer, in an attempt to sugarcoat the dire situation, promised to focus on the customer and “deliver what they want.”

We believe these changes will have a widespread positive impact across customer experience, inventory assortment, supply chain execution and cost structure. The customer underpins our decisions, and we are committed to delivering what they want while driving growth, profitability, and financial returns.

Perhaps focusing solely on business and staying out of politics would be a first step to “delivering what they want.” So many other businesses are now learning the same lesson.

Going woke might have been the trendy corporate move last year, but the financial consequences, as Bed Bath & Beyond is quickly realizing, are quite real.

Hopefully, Lindell is sipping a big, tasty cup of MyCoffee and enjoying the Karma show.