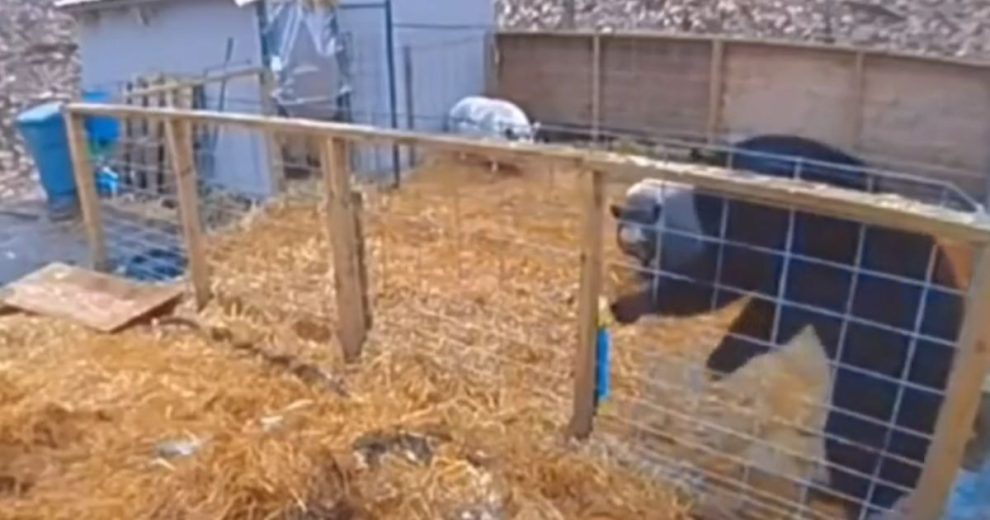 But every once in a while, we can take heart by reconnecting with nature and watching a hog wild video.

With bear markets and pork shortages in the news, this video has shown that some animals can still hold their own in this economy.

In this video, tweeted by Sports Center Anchor Randy Scott, a bear climbed into the ring with two very territorial pigs.

Thinking they’ll be an easy meal, the bear took its time climbing over the fence into the pig pen and tried to attack one of the pigs.

However, the predator failed to overtake the hog before another one came out to help defend the pen.

Instead of buckling under the attack, this pig watched the bear climb the fence and charged before the bear even had all four paws on the ground.

The first pig had no problem driving the bear into a wall the minute it stepped into the ring, but the bear immediately retreated to a corner when the second pig emerged.

Regretting its choice of prey, the bear got backed into a corner while the two pigs stood threatening to charge if it attacked again.

The pigs seem to have had enough of predators encroaching on their space, and the bear quickly realized it chose the wrong day to mess with these hogs.

With little to no effort, the pigs successfully defended their pen.

Simply by standing up for themselves, they showed the bear who’s boss.

Say what you will about pigs, but we could learn a thing or two from them when it comes to defending property.

These pigs could probably make short work of the bear if they wanted to. But the bear jumped the fence and ran for the hills before the pigs could charge again.

It will probably be a long time before that bear thinks it can take on a couple of pigs again.

While these kinds of videos are fun to watch and provide some distraction from the chaos happening around the world, it is important to remember that life imitates art.

So, if you are dealing with a bear climbing into your pen and threatening to take over, then make like a pig and stand your ground.