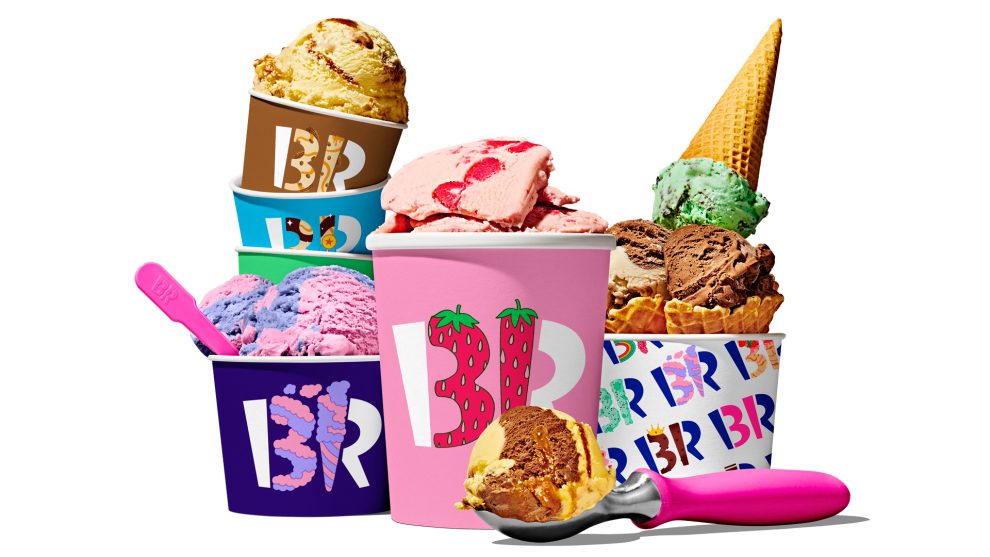 In a shocking move, mega-ice cream seller Baskin-Robbins has re-branded itself for 2022 — and neglected to include any obnoxious, in-your-face woke themes in its new marketing! No parade of rainbow creatures, no pant-suited feminist mascots, no underdogs bravely standing up to America’s racist, sexist, homophobic, bigoted, xenophobic system. There’s nary a victim nor a woke hero to be seen. It’s almost eerie.

Almost as inexcusably, the re-launched branding is relentlessly positive. The new campaign — the first in 20 years for the 77-year-old company — is called “Seize the Yay.” It focuses on celebrating the myriad joys of ordinary life. In a press release, Baskin-Robbins explains:

Made your bed? That’s a reason to celebrate. Put on pants with actual buttons? There’s another! Legendary ice cream brand, Baskin-Robbins is celebrating the happiness ice cream brings to every moment with a refresh of the iconic brand’s logo, packaging, employee uniforms and tagline encouraging customers to “Seize the Yay” – appreciating every moment, no matter how big or small.

The absolute gall of these people! Don’t they realize that somewhere, a transgender first-grader isn’t being celebrated zealously enough by xir 6-year-old peers? That black people were enslaved and mistreated? That there are billions of poor people in the world who have yet to be welcomed into the United States and given free smartphones, medical care, food, education, and housing? That white supremacists lurk around every corner, COVID still exists, mean tweets might be a thing again, and there’s a buzzsaw of a war on the other side of the world that we aren’t yet tossing our kids into??? How dare Baskin-Robbins be so innocently cheerful!

But you don’t know true dystopian terror until you’ve seen their new ad:

Are they kidding us? A blond? In this day and age? And a manifestly cis-hetero mom who isn’t savagely ruling a boardroom or piloting a mission to Mars, but is wasting herself by spending time with her own kid? The only way this ad could have been more triggering would be if the girl’s father showed up — and he was also the woman’s husband!

To celebrate the rebrand, while paying tribute to its robust heritage, Baskin-Robbins is launching a collection of limited-edition merch – the very first line of branded merchandise for the 77-years young ice cream brand. The exclusive “yay-worthy” items will be available for a limited time, beginning April 18, 2022. The collection includes clothing and other items that will encourage “yay seizing” moments, such as bicycles and skateboards, available exclusively at ShopBaskinRobbins.com.

Items that will encourage “yay seizing” moments? Bicycles and skateboards? My, that’s old-fashioned and wholesome-sounding.

Now, before you get all excited and imagine there is still at least one mainstream, venerable American institution that hasn’t been infected with wokeness, you should know that Baskin-Robbins’ parent company, Dunkin’ Brands, has demonstrated its queer bona fides by scoring a perfect 100% for the past three years in a row on the Human Rights Campaign Corporate Equality Index. Fast food industry news site QSRweb reports:

“Dunkin’ has a long history of embracing inclusion and diversity, and we take great pride in creating and fostering an environment where everyone is valued and treated with dignity and respect,” said Stephanie Lilak, Dunkin’ Brands senior vice president and chief human resources officer, in the release.

So, yes, the rot is definitely afoot at ol’ 31 Flavors, and it remains to be seen whether the corporation will be able to save itself. But so far, both Baskin-Robbins and Dunkin’ have done a decent job of remaining mostly sufferable, as far as I’ve seen. Plus, the tide is undeniably turning against the incessant establishment wokery we’ve all been battered with the past few years, with anger at grooming behaviors from child-oriented institutions in particular sweeping across the country.

So when we see a company do the right thing — market its product in a way that respects and represents us normals — we can encourage more such behavior by buying its product.

Baskin-Robbins has made patronage a no-brainer with even more good news from its rebranding:

In the true spirit of “Seizing the Yay,” the confectionary experts at Baskin-Robbins have also developed three new flavors available now, crafted specifically to celebrate every moment – there’s something for every palette:

The first two options I could skip, but check out this one:

Totally Unwrapped™: An iconic duo of peanut butter and chocolate ice creams packed with fudge-covered pretzels, fudge and caramel covered peanuts, and an ooey-gooey salted caramel swirl. This unforgettable Flavor of the Month is an ode to a classic candy bar with a cool and creamy twist.

I’m sure the Rainbow Troopers are already preparing to descend upon Baskin-Robbins’ wildly hateful new campaign, and the ice cream maker will soon be forced to release more “inclusive” marketing. But in the meantime, I think the rest of us know what to do!